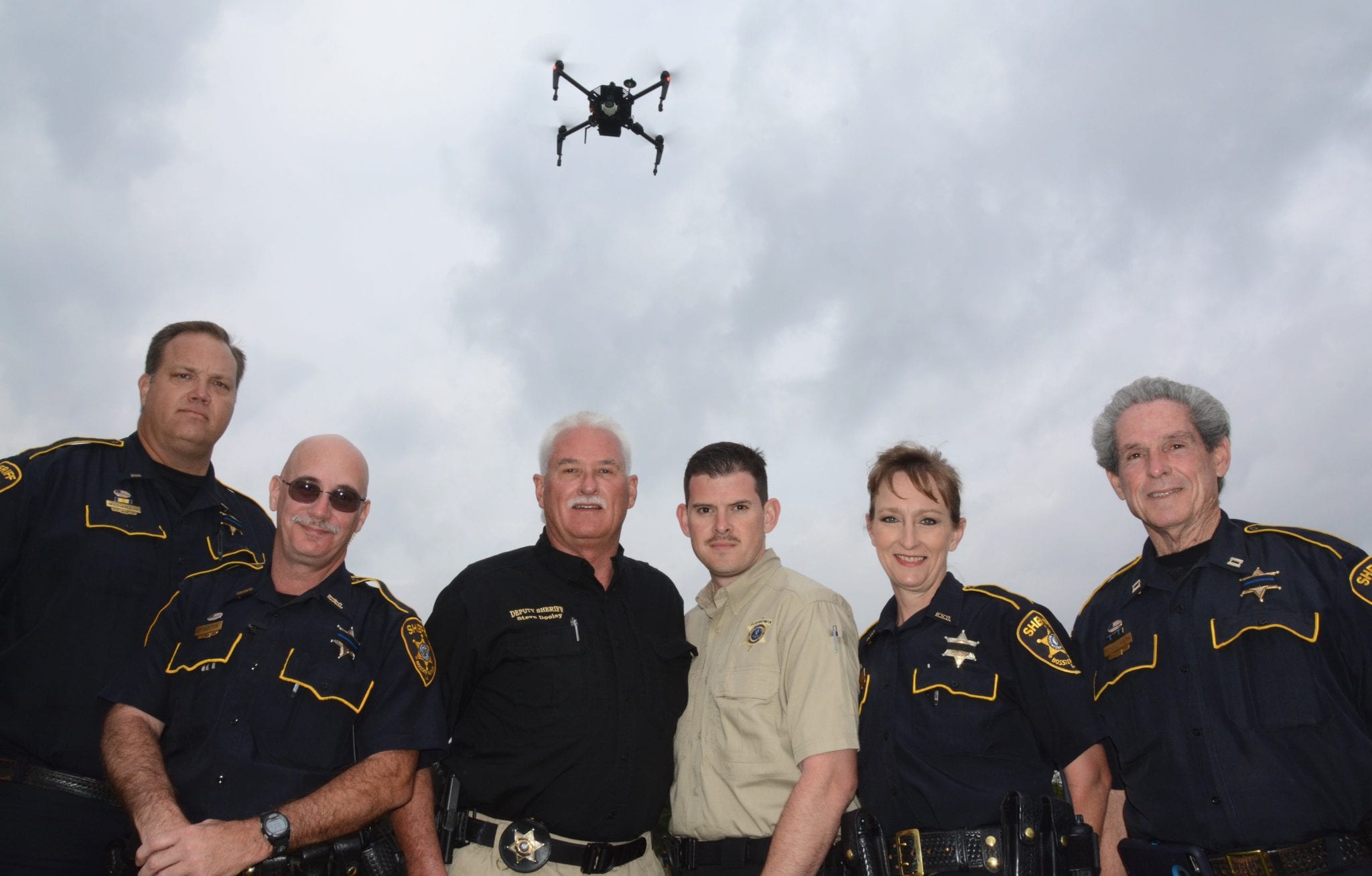 When an EF2 tornado ripped through the outskirts of Plain Dealing in January, a Bossier Sheriff’s Office deputy deployed a drone to survey the damage from the air in order to best help residents, even aiding in providing the National Weather Service information on the tornado’s impact and path.

In March, when three teenage runaways were hiding in the woods at nighttime off of Highway 80 in Princeton, a Bossier deputy deployed a drone using thermal imaging, and within a minute of launch, he located the three teens.

The use of drones, known as unmanned aerial vehicles or systems (UAVs/UASs), are providing an invaluable tool for law enforcement, technology that Bossier Sheriff Julian Whittington has embraced because of its impact on public safety.

“Having these drones is a priority,” said Sheriff Whittington.  “When we have the ability to launch a drone and quickly survey damage from a natural disaster or immediately locate people like we did with those teens hiding in the woods at night, that’s a success.  Our next case might be finding a lost child, looking for an elderly person who has wandered off, or searching for an armed robbery suspect.  It’s our commitment to public safety, and having deputies properly trained with these drones to quickly respond to such a need at any time is crucial.”

A couple of years ago, Lt. Will Cox approached Sheriff Whittington about developing the UAS program for the Bossier Sheriff’s Office.  During the floods of 2015 and 2016 in Bossier Parish, the Sheriff’s Office relied on aircraft to provide aerial support for photos, videos and observation.  Additionally, some individuals were using their personal drones to provide aerial support, but the Sheriff’s Office did not have a fully-functioning UAS program that could be deployed at any time in just about any situation.  That was about to change.

After months of research and testing, the Sheriff’s Office acquired a UAV platform that can be utilized in just about any situation.

“We have all multi-rotor aircraft,” said Lt. Cox, which includes two DJI Matrice 100 models, two DJI Inspire 1 models, and a DJI Phantom 3 Advanced used primarily as a training drone.  “We have color zoom cameras and thermal cameras on board, so that way we can detect not only color images but also find sources of heat.  Having these tools to be able to benefit the department, benefit the parish, is an outstanding edition.”

Lt. Cox and Capt. Donnie Keith, who has been a private pilot since 1977, attended UAS School to become UAS pilots.  They then developed their own UAS training program for the Sheriff’s Office, which is approved by the Federal Aviation Administration, to train other deputies.  Additionally, the Sheriff’s Office has approval by the FAA to operate drones at nighttime.

The duo has been training other deputies over the past month to serve on “Drone Patrol.”   The training consists of a week-long curriculum of ground and flight school, written exam, and concludes with a variety of real-life training scenarios as their final flight exams.  The first class that graduated a few weeks ago as drone operators included Sgt. Darren Kerry, Sgt, Joey Bowen, Dep. John Brunson and Dep. Ryan Buttenob.  The second class that graduated March 24 included Deputies Steve Dooley, Kelly Downey, Tommy Burton and Mike Lombardino.

The entire Bossier Sheriff’s Office UAS team consists of 10 deputies who have each been trained as both pilots and observers who can be called out at any time, 24-hours a day.  While each deputy can serve as either pilot or observer, in a deployed situation, one deputy will operate the drone, and the other deputy will ensure proper clearance for safe operation.

For Sheriff Whittington, it’s all about public safety.

“From finding lost children in the woods or seniors with dementia who’ve wandered off, to locating criminals on the run, to providing a bird’s eye view during floods or other disasters, these unmanned aerial systems are an invaluable public safety resource,” said Sheriff Whittington.  “It’s another tool in our toolbox, and quite frankly, when it comes to the use of technology to help people, the sky’s the limit.”