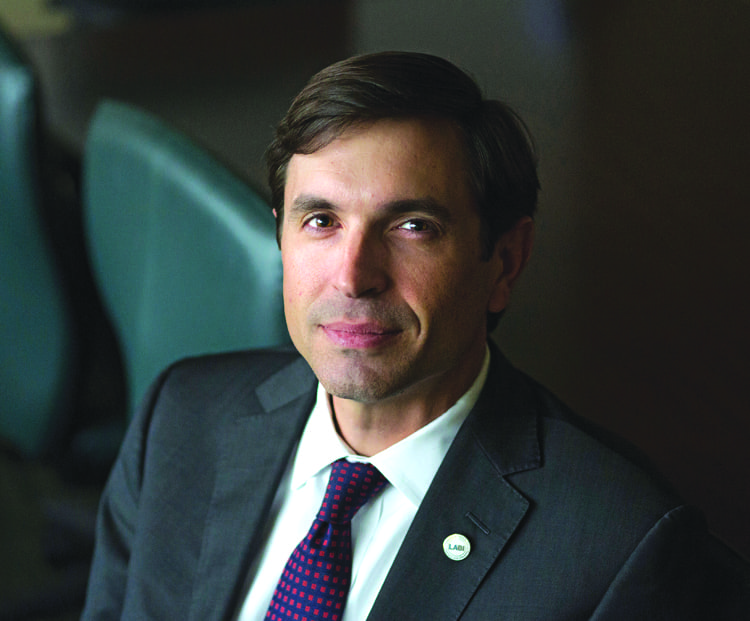 This weekend, my wife and I took a day trip to New Orleans to check out the musical “Hamilton.” The Broadway hit was in town and we took the opportunity to see what all the buzz was about. In short, it lived up to the hype. The music and direction were great… the casting was on point… and the story was 100 percent American.

For those who don’t know the premise, the musical details the life of Alexander Hamilton, one of our nation’s early thinkers/writers/leaders/patriots. In it, his relationship with fellow founding fathers such as George Washington, Thomas Jefferson and John Adams is well-chronicled and the clear takeaway is that these guys disagreed and argued just as much as they found common ground on the important issues of the day. While they were laser-focused on building and sustaining a new nation built on the principles of life, liberty and the pursuit of happiness… they all had drastically different ideas on how best to get it done.

That’s the piece of the plot that jumped out to me as being especially relevant to today’s political climate.

Since the beginning, disagreement amongst those who lead us has been just as much of a constant as America’s long list over the years of great decisions, agreements and compromises. “Hamilton” entertainingly hammers this point home and literally celebrates the fact that these differences were substantive and hotly debated with respectable men and women on both sides of the argument.

The main policy disagreement in the musical was centered around Hamilton’s adamant belief that a national approach to banking and credit was best for the up-and-coming nation while Jefferson strongly backed a more state-specific approach to such financial issues. Hamilton ended up winning this argument and the DNA of what would become the backbone of America’s financial power was established, setting in motion our evolution to becoming the strongest economy in the world.

Interestingly, the musical infers this decision was largely a result of a somewhat shady, backroom political deal between Jefferson and Hamilton to secure a political endorsement for Jefferson. While modern theater scripts should never be confused with accurately recorded history, it is a sobering reminder that not all of America’s most critical decisions were made for the most admirable reasons… especially when those pivotal decisions were amongst political adversaries more accustomed to fighting than compromising. (For more on this topic of how some of America’s most inspirational early leaders disagreed just as much as they agreed, a great read is the book “Founding Brothers” by Joseph Ellis).

The relevant question today is, do we consider the fighting and robust disagreements witnessed between modern political adversaries the same we way we viewed the ones of our Founding Fathers? The history books typically view those older battles as healthy debates on how to build a new nation. Will those same history books paint today’s quarrels among our leaders in the same light? Probably not.

It is quite popular these days to bemoan the level of disagreement between Republicans and Democrats in politics and long for the good old days of compromise and cordiality. In fact, many seem convinced that for America to reach its full potential, it must be led by elected officials who disagree less and do whatever it takes to compromise more often. To these folks, a cooperative process is almost as important to them as the end result. Well, according to the message delivered in Hamilton, that may scratch some touchy-feely itch folks have developed but that sentiment doesn’t seem to jive with the approach taken by our Founding Fathers to make strong decisions.

They fought. They called each other names. They aggressively tried to outmaneuver each other politically in order to capture power and win the critical arguments of their time. These arguments covered timely policy topics such as taxation, spending, individual rights and foreign conflicts. All the while, as they often-times chaotically and emotionally disagreed on all these topics, they managed to design and implement the best nation the world has ever seen. They found ways to compromise, but those compromises usually came after intense periods of debate and disagreement. They seemed to embrace the fights and recognize them as critical to landing on the right result for the greater good of the nation.

Perhaps it’s time for us to re-learn this lesson and ramp up our insistence that our elected leaders become more substantive, detailed and animated to defend their positions? It’s time to ditch the talking points, kick the pollsters and consultants out the room and go back to the days of officials standing up in the town square to substantively describe their vision and defend it with vigor, details and passion. It just might lead to more engaged voters who will finally have more specifics to ponder, rather than the wash of sound bites, catch phrases and one-liners we have today.

Let’s start resisting the urge to just ask everyone in government and those running for office to simply get along. Instead, demand that they get articulate, passionate and specific. Don’t settle for warm and fuzzy talking points. Get their specific position on how they plan to lead and ask tough questions on everything they stand for. All the while, don’t think for a second doing so is somehow uncivil, partisan or improper. Don’t let anyone try to convince you that is bad for our state or our country. As “Hamilton” clearly reminds us, fighting and arguing over the direction of this great nation is as American as it gets.

Stephen Waguespack is president and CEO of the Louisiana Association of Business and Industry (LABI).