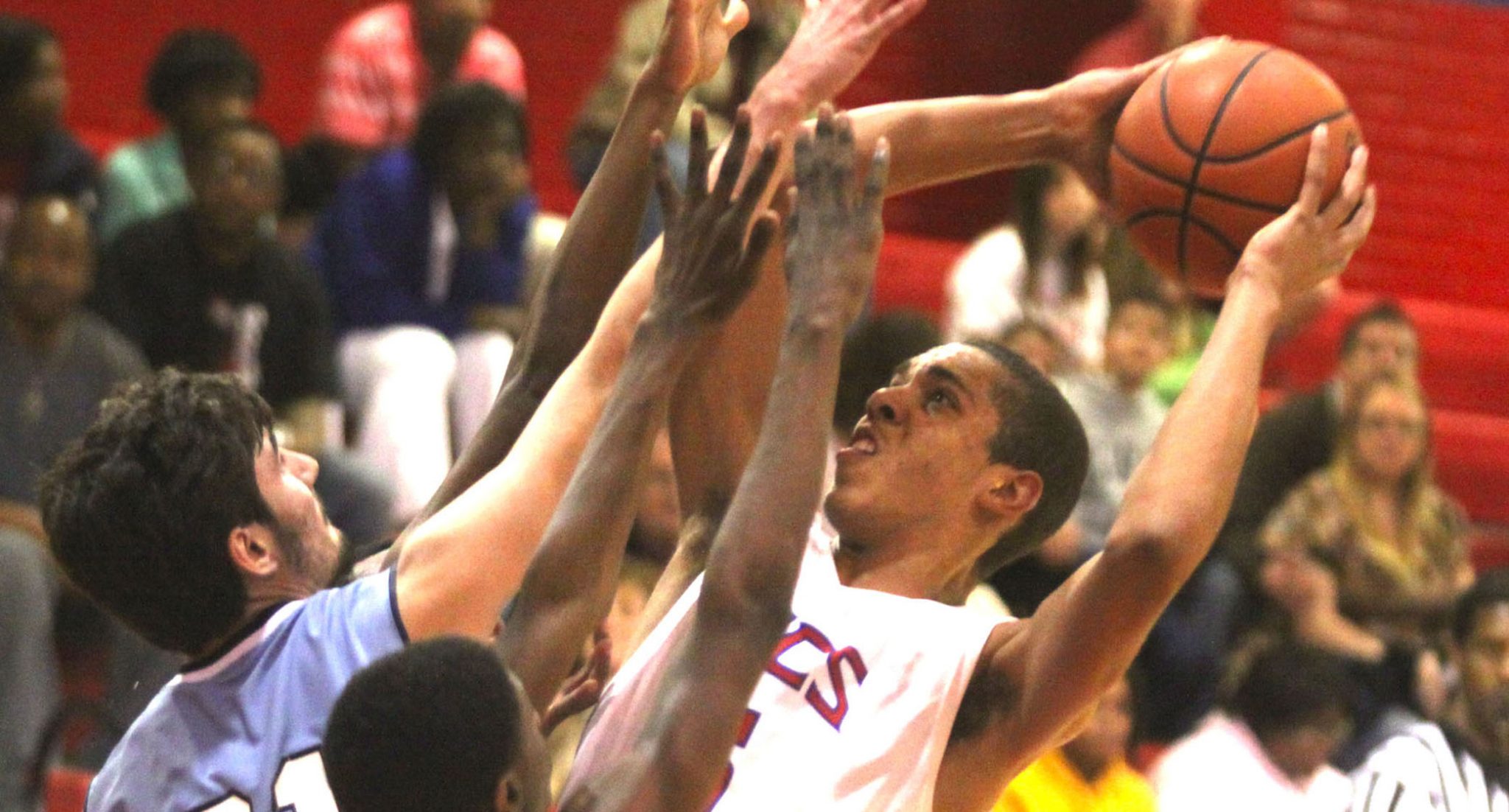 The Airline Vikings rallied from an early deficit to defeat the Haughton Bucs 64-51 in a District 1-5A game Friday night at Haughton.

Elsewhere in District 1-5A, Parkway fell to co-leader Captain Shreve 68-58 at Shreve.

Haughton got off to a strong start against Airline. J’Marcia Banks hit three 3-pointers and scored 11 of his team-high 17 points in the first quarter as the Bucs rolled to a 22-12 lead.

But the Vikings chipped away in the second quarter. Austin Brannon hit three of his four 3-pointers and Airline trailed just 31-27 at the half.

Airline took control in the third quarter, outscoring the Bucs 23-10.

Larry Robinson, who didn’t score in the first half, had eight points in the quarter. KJ Bilbo scored seven, and Noah Hildebrand hit two 3-pointers.

Haughton got as close as six in the fourth quarter, but the Vikings pulled away.

At Shreve, Parkway couldn’t overcome a sluggish start in the loss to the Gators.

William McKnight led the Panthers (11-13, 3-6) with 11 points and Brodrick Jefferson had 10. Gabe Decuir an Keondre Wudtee scored eight each.

Column: Perserverance has paid off for Peyton Stovall and Arkansas

Column: Perserverance has paid off for Peyton Stovall and Arkansas