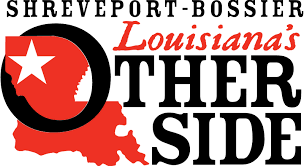 Shreveport-Bossier, LA – The Tourist Bureau’s Shreveport-Bossier Comeback campaign introduces a collection of locally-filmed movies in celebration of National Travel and Tourism Week, May 3-9.

Since the campaign is virtual, the Tourist Bureau compiled a list of 10 locally-filmed blockbusters that people can access through popular streaming services such as Netflix, Hulu, Amazon Prime Video and more.

1.) Olympus Has Fallen (2013), starring Gerard Butler and Morgan Freeman
Olympus Has Fallen is an action-packed thriller about a former secret service agent, Mike Banning (Butler), who’s trapped inside the White House amid a terrorist attack to rescue the President (Freeman) from his captors. The film was shot near the CenturyLink Center in Bossier City, and the downtown Shreveport skyline makes an appearance in the backdrop. Olympus Has Fallen is currently available to Netflix subscribers.

2.) Mad Money (2008), starring Katie Holmes, Diane Keaton, and Queen Latifah
Shot in Shreveport’s South Highland neighborhood, Mad Money is a crime-comedy that tells the story of a housewife, Bridget Cardigan (Keaton), who is forced to take a janitorial position at the Federal Reserve Bank and convince two other employees (Latifah and Holmes) to assist her with an internal heist. Mad Money is currently on YouTube, as a courtesy of Lionsgate Entertainment Corp.

3.) The Guardian (2006), starring Kevin Costner and Ashton Kutcher
With a combination of action and drama, The Guardian depicts the relationship between a distinguished Coast Guard rescue swimmer (Costner) who molds champion swimmer Jake Fischer (Kutcher) from a cocky young man into his protégé. The “training pool” was filmed in Louisiana State University Shreveport’s natatorium. The Guardian is currently available on YouTube, Amazon Prime Video and Apple iTunes with a $2.99 rental fee.

4.) Snitch (2013), starring Dwayne “The Rock” Johnson
Known for his action-packed films, Johnson played the role of John Matthews, a father and businessman that is devastated by his son’s mandatory prison sentence, as a result of an illegitimate drug charge. The downtown Shreveport skyline makes a recurring appearance in this film. Snitch is currently available on YouTube, Google Play and Amazon Prime Video with a $3.99 rental fee.

5.) Straw Dogs (2011), starring James Marsden and Kate Bosworth
This psychological thriller is a remake of the original 1971 Straw Dogs film that reiterates the shrilling story of a young married couple, David (Marsden) and Amy (Bosworth), relocating to Amy’s hometown with the intention to start over. A portion of this movie was filmed at Stageworks of Louisiana in downtown Shreveport. Straw Dogs is currently available on Amazon Prime Video with a $2.99 rental fee.

8.) Soul Men (2008), starring Samuel L. Jackson and Bernie Mac
This musical comedy follows a couple of legendary soul singers, Louis (Jackson) and Floyd (Mac), who are traveling days together to honor their late band leader. After 20 years of not speaking, Floyd and Louis have five days to bury the hatchet. Bits of this film was shot inside of Sam’s Town Hotel and Casino. Soul Men is currently available on Apple iTunes with a $3.99 rental fee.

9.) Premonition (2007), starring Sandra Bullock
Another film shot in the Shreveport’s popular South Highland neighborhood, this dramatic thriller tells the story of Linda (Bullock), whose life was uprooted due to news of her husband’s death, which later unravels a slew of complicated discoveries. Premonition is currently available for Hulu, Starz and Amazon Prime Video subscribers.

10.) The Longshots (2008), starring Ice Cube and Keke Palmer
The Longshots is a feel-good comedy based on a true story about the first female quarterback, Jasmine Plummer (Palmer) to play in the Pop Warner Football Tournament. The “Super Bowl” portion of this film was captured at Shreveport’s Calvary Baptist Academy. The Longshots is currently available for Netflix subscribers.