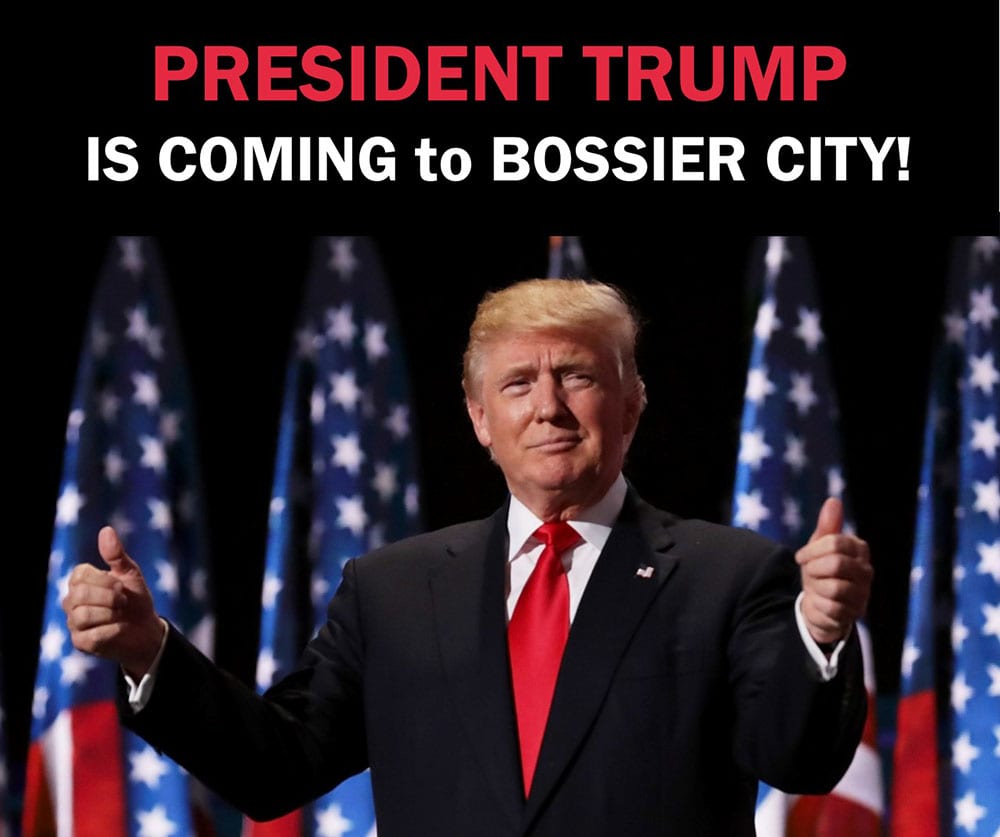 U.S. Congressman Mike Johnson (LA-04) announced Wednesday morning on his Facebook page that it was official.

The rally will be held at the CenturyLink Center.

The event is in support of Republican Gubernatorial candidate Eddie Rispone.

Trump was due to hold a rally in Monroe Nov. 6.

Johnson told the local media earlier this week that he had been working for weeks with Trump to schedule the rally.

You can reserve your free tickets for the rally at the Trump campaign website beginning later tonight.