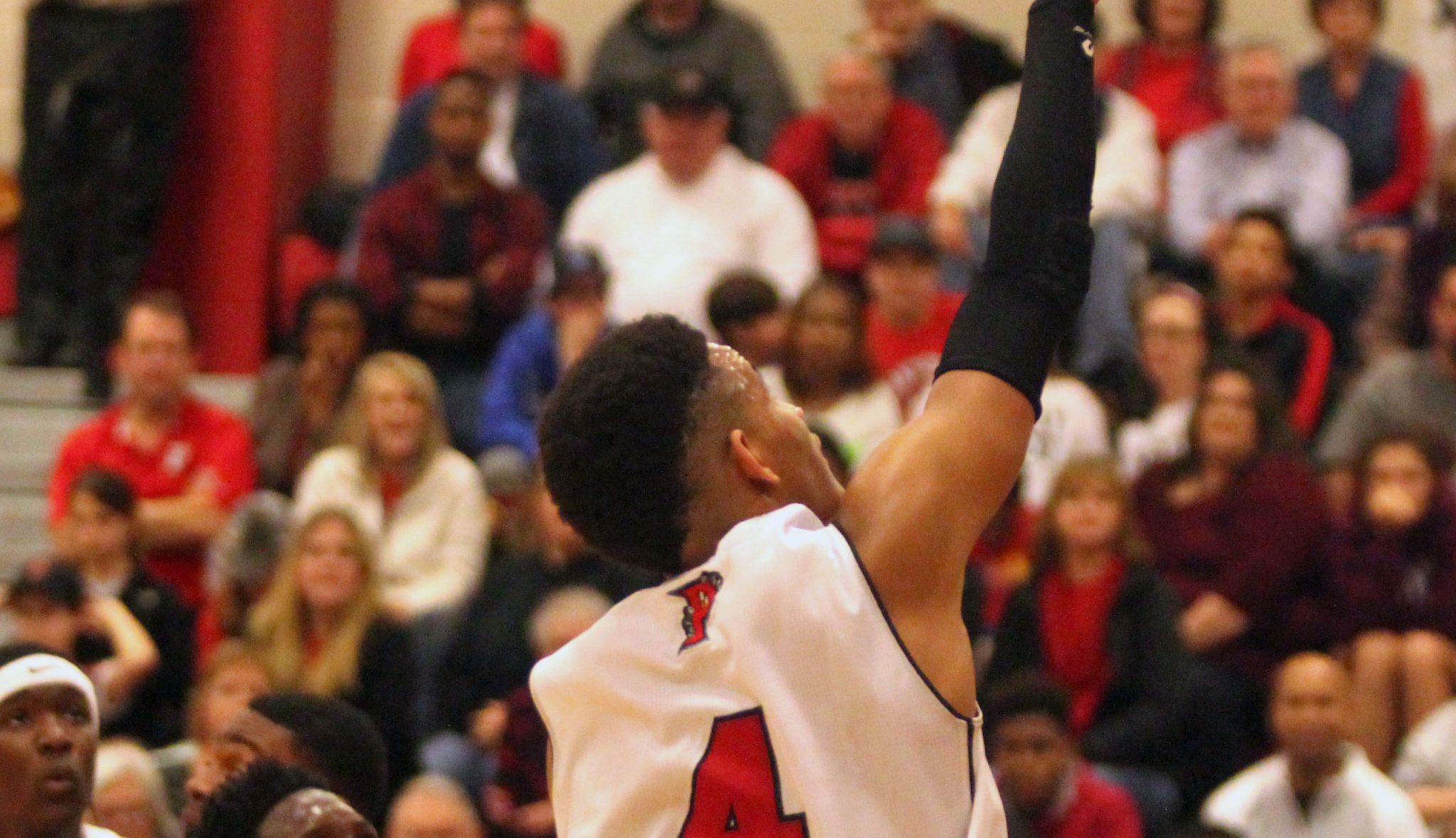 The Parkway Panthers advanced to the quarterfinals of the Class 5A boys basketball playoffs with a gutsy 69-68 upset of No. 6 Lafayette High before a packed Parkway gym Tuesday night.

Elsewhere, the Bossier Bearkats took No. 2 seed Rayville to overtime before falling 69-58 in a second-round Class 3A game in Rayville. The District 1-3A co-champions, seeded 15th, ended the season 15-12.

The No. 11 Plain Dealing Lions dropped a 68-51 decision to No. 6 White Castle Wednesday night in the second round of the Class 1A playoffs in White Castle. The Lions, which finished second in District 1-1A, closed the season 19-11.

(19-10) visit No. 6 White Castle (24-7) in a second-round Class 1A game Wednesday night at 7. The game wasn’t played Tuesday because the White Castle girls team was playing in the 1A semifinals in the Ladies’ Top 28.

Parkway (25-8), the No. 22 seed, will try for its third straight upset when the Panthers host No. 3 Scotlandville (30-4) in the quarterfinals Friday. Scotlandville defeated No. 14 Alexandria Senior High 50-39 Tuesday night.

While Parkway’s victory over Lafayette High (26-4) was a thriller, the one-point margin is a bit deceiving.

Parkway missed two free throws up 69-65 with 9.4 seconds left. Lafayette High hit a long 3-pointer as the clock wound down toward one second and time ran out with Parkway holding the ball out of bounds.

Senior Juwon Johnson came up big for the Panthers. He scored 18 of his team-high 21 points in the second half, including 10 in the fourth quarter.

Johnson, Trey Rogers, Artavious Lynn and Keondre Wudtee hit two clutch free throws apiece in the fourth quarter as the Panthers went 8-for-10 from the line.

Despite getting into foul trouble, the 6-foot-5 Lynn scored 17 points and contributed to the victory with his defense and rebounding. Lynn picked up his fourth foul with about a minute remaining in the third quarter but still scored five big points in fourth. He fouled out with 34 seconds left.

Lafayette took a 49-47 lead into the final period.

Thanks to some key defensive stops and missed Lafayette free throws, Parkway stretched the lead to seven midway through the quarter and still led by that margin with just over two minutes left.

The Mighty Lions didn’t go quietly, cutting the lead to 63-61 with 1:04 left. But the Panthers quickly stretched the lead back to four.

Lafayette was within two with 31.6 seconds left, but the Panthers hit two more free throws and led 69-65 with 30.8 seconds left. Lafayette missed at the other end and fouled, setting up the finish.

Corey Davis led Lafayette High with 26 points, including 11 in the fourth quarter.

Parkway got off to a slow start, trailing 6-2. The Panthers recovered quickly though, hitting three quick 3-pointers in the first quarter. Rogers’ 3 gave the Panthers a 25-15 lead, their biggest of the game.

Parkway then went about five minutes without scoring and the Mighty Lions went on an 8-0 run to cut the lead to two. The Panthers finally got back on track and stretched the lead to 30-23. But a game Lafayette squad cut it to two, 32-30, at the half.

At Rayville, Bossier trailed 29-20 at the half and 40-33 after three quarters but rallied to send it into overtime. Rayville, which improved to 30-2, was too much in the extra period.

The game was the final one for Bossier senior Kentrell Hardy, a key player for the Bearkats the last three seasons.

The loss also ended a streak of six straight semifinal appearances for the Bearkats.

At White Castle, Plain Dealing hung with the Bulldogs for a half, trailing 27-25. But the Bulldogs went on a 13-3 run in the third quarter to take a 40-28 lead.