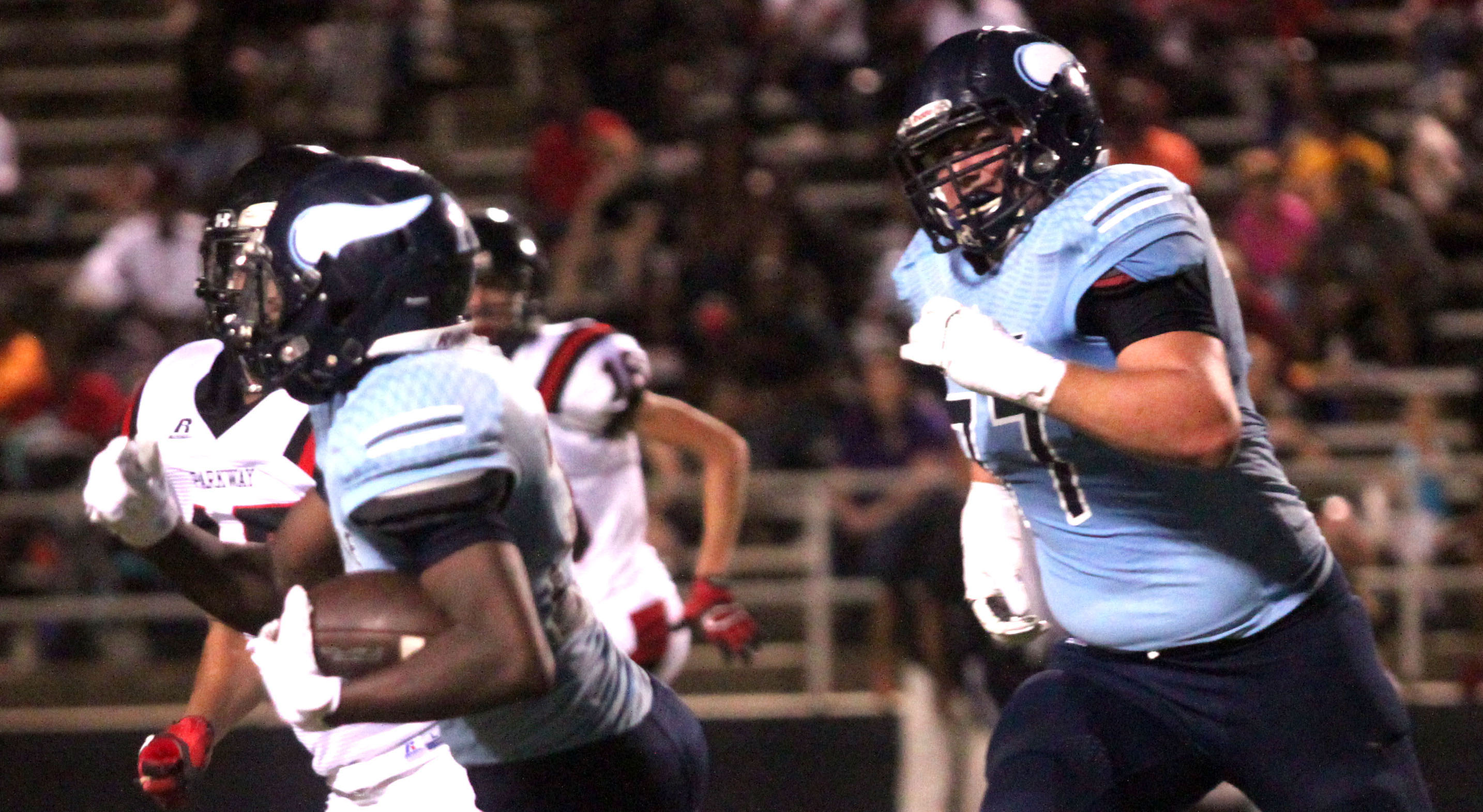 OFFENSE
The Vikings have the potential to put a lot of points on the board. How senior QB Thomas McKain, who started three games last season, develops will be one key. McKain has plenty of weapons, including returning WRsHarvey Calhoun, Cameron Howell and D’Juan Byrd and RBs Shuncee Thomas, Darian Germany and Brian Fielding.

DEFENSE
The Vikings have a solid core group returning. SS Xavier Johnson and CB Tyrice Neal are capable of making game-changing plays. Tyler McCallister is back to anchor the defensive line. Junior linebacker Josh James is back as is strong safety Vertrain Allen.

OVERVIEW
The Vikings were their own worst enemies at times last season and the result was just four wins. That could easily at least double this year. “Expectations are high as always,” Coach Bo Meeks said. “We have a lot of experienced players returning and some talented young players competing to get on the field. … As always, leadership will be critical. We have had a strong core group of young men accept that role with pride.”

Colton Prater
OL
The 6-3, 260-pound two-time first-team All-Parish selection is one of the state’s top offensive linemen. He committed to Texas A&M during the summer. This will be his third year to start. Coach Bo Meeks was high on Prater when he entered the program as a freshman and he’s lived up to expectations.

Shuncee Thomas
RB
The returning first-team All-Parish selection was the parish’s second-leading rusher last season with 751 yards on 138 carries and 10 TDs during the regular-season. Thomas is difficult to bring down in the open field and is a capable receiver. He is a potential 1,000-yard rusher.

Xavier Johnson
DB
The returning first-team All-Parish and All-District defensive back is a versatile athlete who’s capable of making game-changing plays in the secondary. “He had an outstanding junior season,” Meeks said. Johnson was a state meet qualifier in the long jump last spring.

Vertrain Allen
SS
The returning first-team All-Parish and second-team All-District strong safety is expected to play a key role on the Vikings defense playing the run and pass. “He had a very good offseason and will be counted on as defensive leader,” Meeks said.