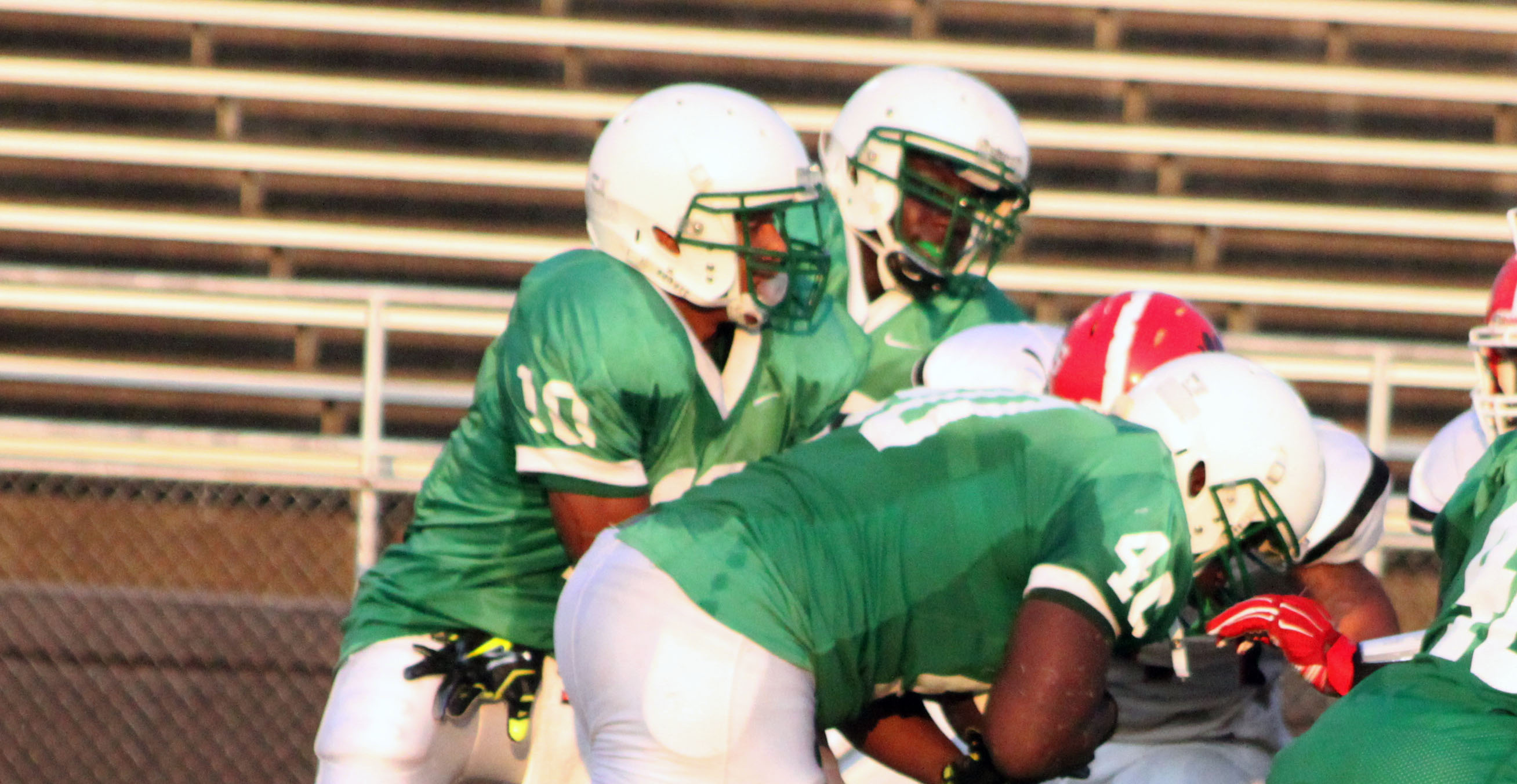 OFFENSE
The Bearkats will utilize their traditional Wing-T run-oriented offense. Bossier should have plenty of depth at running back and some speed. Junior QB Keimun Daniels has a season’s experience running the Wing-T and should be improved. Big running back Aareon Smallwood looked good in the jamboree. The Bearkats’ strength should be up front with returning OL Rhykime Smith, Caleb Ortega and Mario Flores.

DEFENSE
Bossier has allowed an average of about 40 points per game the last two seasons. All of that isn’t the defense’s fault. Some is the result of the offense’s inability to move the ball and turnovers deep in the opponents’ territory. The defense did keep the Bearkats in several games last season. Noseguard John Langston and DB Joseph Bush are the lone returnees from last season.

OVERVIEW
Bossier averaged 9.8 points per game last season so the offense has to improve to give the Bearkats a chance to win some games. The three-game non-district schedule is favorable, giving Bossier a chance to start strong. The Bearkats will need some momentum heading into tough District 1-4A. Bossier will have more two-way players than most of the teams it will face, so conditioning is a key. Staying injury-free will also be crucial. Regardless, Michael Concilio’s teams always play hard and any team that looks past the Bearkats will be making a mistake.

John Langston
DL/RB
The senior has been starting at various positions since he was a sophomore. Coach Michael Concilio said this season he will be a two-way player at DL and RB. Langston was a member of Bossier’s Class 3A runner-up 4X400-meter relay team last spring.

Rhykime Smith
OL
The senior was a starter on the OL beginning Week 3 last season. “He’s the brains of the team, a very intelligent player,” Concilio said. Smith will see some action on defense this year, Concilio said. “We just hope he stays injury-free.”

Joe Bush
DB/RB
The junior played five games at DB last seasons and should start in the secondary this season. He could also see action as a running back. “He’s actually gotten faster in the offseason — extremely faster,” Concilio said. “He’s a very athletic kid.”

Mario Flores
OL
The junior started every game at center last season despite being undersized for the position. “He did really well,” Concilio said. Flores has added about 50 pounds and grown three inches and is now about 5-foot-11 and 200 pounds, Concilio said.

Editor’s note: The above appears in the 2015 Bossier Parish High School Football Preivew