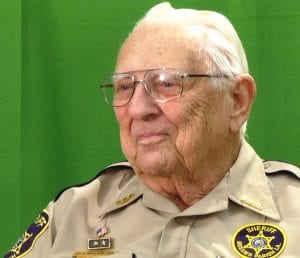 Mr. Myers served in the U.S. Navy during World War II and upon returning, the family moved to Bossier City. He drove a truck for a few years and then became President of Teamster Union Local 568 in Shreveport where he worked until his retirement. He and his wife raised three children. He was a member of Eastwood Church of Christ of Haughton. Mr. Myers was a volunteer for the Bossier City Posse, a division of the sheriff’s department, for many years. He passed away on the morning of April 6, 2016. He was a lifelong resident of Bossier City.

The family would like to thank St. Joseph Hospice for all the caring and love they gave the last few months.

Condolences may be left for the family and the guestbook may be signed online at www.hillcrestmemorialfh.com