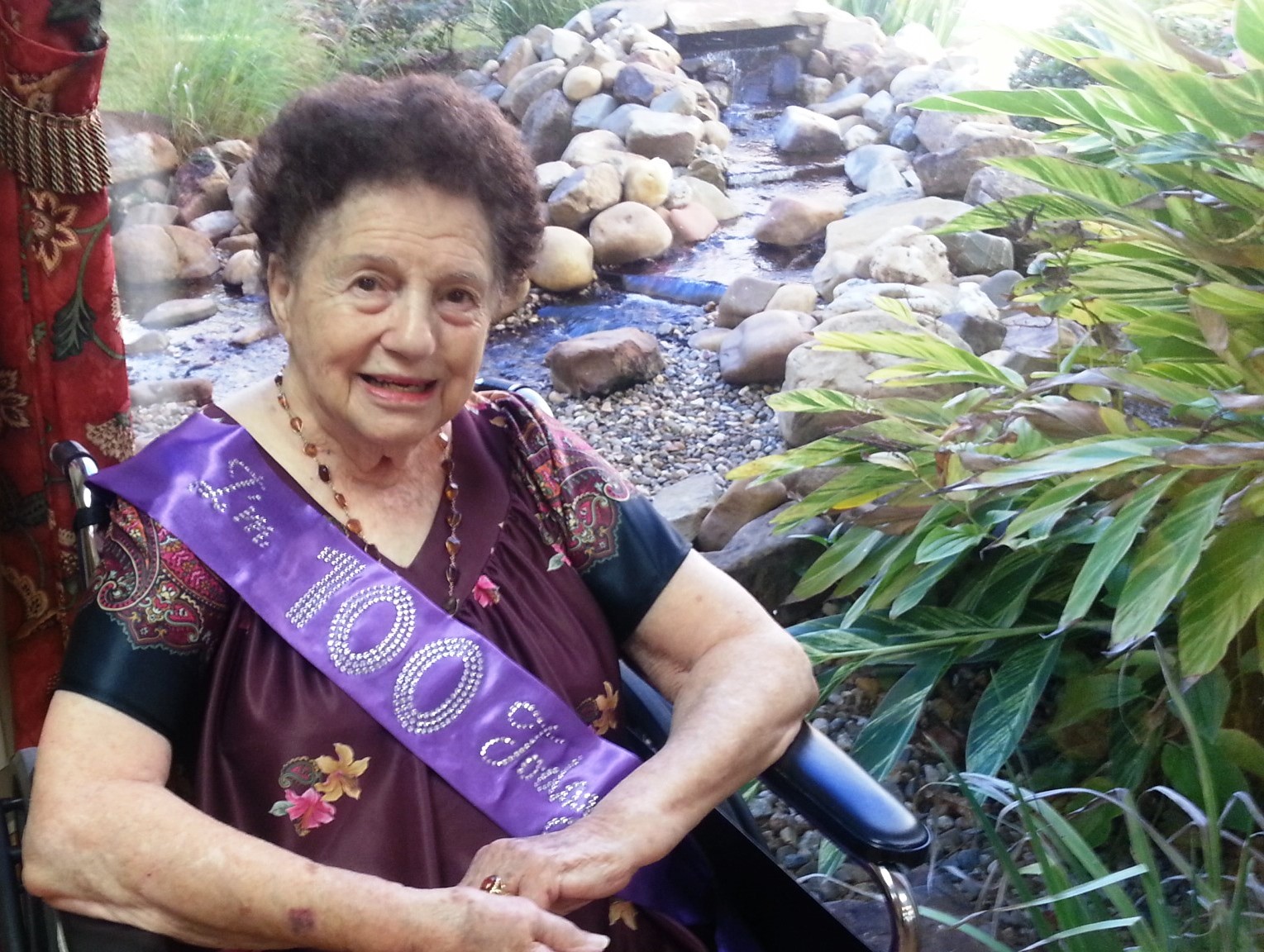 Johnnie Nattin is celebrating a milestone in her life.

It was on this day 100 years ago that she entered the world, the second of five daughters to John William Martin and Lilla Walker Martin. However, she won’t be making any wishes when she blows out her birthday candles.

Instead, she’s taking a trip down memory lane through the good ol’ days of Bossier Parish, where she has called home since November 6, 1913.

Johnnie Nattin was born and raised in Plain Dealing and has “lived in every ward of Bossier Parish except ward one.” Her family moved to Autumn Bridge when she was 10 years old and had just finished the fifth grade.

Johnnie can still describe the small sawmill town, located just six miles north of Benton, as if she was still a young child running through its open fields.

“That town was fine,” she said. “We had one of the prettiest country churches. The whole inside must have been mahogany. It was just beautiful.”

Favorite memories from her teenage years, Johnnie said, were catching crawfish and every other kind of fish and attending parties and dances.

Johnnie stayed in Autumn Bridge from the age of 10 until she married John Rubin Nattin, whom she had known all her life, on July 15, 1933. The couple had four daughters of their own – Chloe Juneau of Bossier City, Clotile Berlin of Houston, Becky Naar of Bossier City and Candy Murphy of Bossier City.

She had many jobs growing up. At one time, she helped the women in Plain Dealing make dresses for their stores. Johnnie also delivered phone books, took the census, where she made $60 to $70 a day, and worked for the water department from 1958 to 1982.

Johnnie is quick to say that her century on Earth has been very enjoyable.

“I have had a wonderful life. I think every child should live a good time in the country once in their life.”

A lot can happen in 100 years though. From family trips across the country and experiencing historic firsts, the memories seem to never fade.

“I talked on the first telephones and it seemed like the whole world turned over when they put that little receiver up to my ear,” she said.

Johnnie also experienced electricity for the first time and saw the first cars that ever drove through Bossier Parish.

“They were ugly. They looked just like boxes with wheels. Then they got to looking better.”

If there’s one thing that she absolutely loves to do, it’s traveling. In fact, Johnnie has been to every state in the United States, except for three – Vermont, New Hampshire and Maine. She’s even made trips to Mexico and Canada.

“We didn’t waste anytime sitting on a porch swing,” she said. “There’s not a picture painted in the world that could be painted more beautiful that the white clouds in a blue sky.”

Johnnie and her husband, John, spent many miles on the road together, traveling to some of the most beautiful places in North America. The couple spent 68 years together before John passed away in 2001.

She even enjoys playing mahjong on her iPad and reading old western novels and Miss Julia books on her Kindle.

Above all, Johnnie said she just likes living. When asked what her secret was to living a long life, she said it must have been eating turnip greens, homemade cornbread and drinking buttermilk.

“The good Lord has been so good to me,” she said. “I just believe all those greens and cornbread had all the vitamins I needed to live this long.”

Her family has their own favorite recipes though, including banana pudding and chicken and dumplings (both made from scratch).

“If I could stand up in that kitchen, I’d be in there cooking chicken and dumplings,” Johnnie said.

Today, she’s known as more than just Johnnie – she’s grandma to 10 grandchildren, grandma Johnnie to 23 great grandchildren and Nonnie to one great-great granddaughter. Her advice to others is simple.

“Always live a good, clean life. Talk to the Lord too. He will help you through it.”

Johnnie’s daughter, Candy, said she and her sisters plan to take their mother out to eat, maybe even stopping for her favorite BLT and onion rings, and enjoying time together at the spa getting pedicures. Johnnie’s birthday celebration will continue Saturday with a party at the Bossier Instructional Center surrounded by her family and friends.

As they sing aloud and wish her another happy birthday, Johnnie’s family will truly mean it when they say, “and many more.”