For what seems like the umteenth time, President Barack Obama has announced a delay in implementation of another phase of his signature boon to the American public, the quizzically named Affordable Care Act.

That name at least proves someone in government has a sense of humor, warped as it may be.

This delay concerns the signing of final agreements with insurance plans to be sole on federal health insurance exchanges which were to begin Oct. 1. The Dept. of Health and Human Services notified insurance companies that inking of the deals would not take place Sept. 5 and 9 as planned. Instead, sources said the government would wait until mid-September.

The HHS did not say mid-September of this, next or any year. 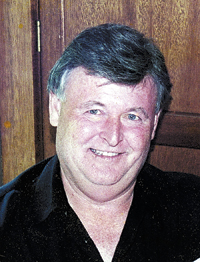 That adds to the delay file which originally was opened by the announcement that the employer mandate, set to leap on companies in 2014, will be postponed until sometime in 2015. That delay, some pundits claim, was a stroke of genius from an administration which has displayed an uncanny ability to come up short in genius.

Here’s why. The employer mandate is that portion of the (snicker) Affordable Care Act which penalizes employers with more than 50 employees if they do not provide a minimum standard of really affordable health insurance. The president and supporters have said that will not noticeably increase health care costs. The numbers have shown that claim to be bumpkuss.

With mid-term elections coming up next year, the year of implementation, Obama and his advisors did not want Democrats who supported the healthcare legislation to have to defend their votes while employer costs were soaring which would most likely have led to employee cuts. And, as most fledgling politicos know, pocketbook issues usually send people to the polls.

Delays are be warning signs that this ACA is going to be more than just a little thorn in the side of Democrats in 2014. Explaining why the legislation is a benefit to both employers and average Americans is becoming more and more a challenge. As the infomercials proclaim, But Wait…we’re going to hear the real story.

The White House has apparently asked the Big Bubba himself to intercede on behalf of ObamaCare. MSNBC’s Chuck Todd reported that former President Bill Clinton is scheduled to make a major speech on the ACA Sept. 4. It will reportedly be the former’s first talk on the legislation and it will take place at the Clinton Presidential Library, Doublewide Museum and Intern Interview Facility in Little Rock.

A couple of things come to mind: Does this mean Bill Clinton is now Barack Obama’s go-to guy for making chicken salad out of the other stuff chickens produce? Is the president subconsciously admitting that as 2016 approaches, the Clintons are indeed beginning to assert their leadership role of the Democratic Party and Obama needs to ride their coattails?

Bill Clinton is very good at the former. Whether or not the Clintons are the latter remains to be seen, but Joe Biden certainly cannot be pleased with Obama’s choice as spokesperson.

Wonder if Bill will mention Hillary during the speech. Surely the subject of senior citizens will arise.