For Airline Baptist Church Associate Pastor Harrell Shelton, the past 20 years have been a “labor of love.”

“God has blessed me to allow me to stay this long because it has enabled me to build many deep relationships over the years that have greatly enriched my life and ministry. We have been through many experiences over the past 20 years and thankfully there have been many more high points than not so high points,” he said.

Since moving to Airline Baptist Church in June 1, 1994, Brother Harrell has had a hand in impacting the lives of the church’s growing congregation.

“Our greatest growth and source of my greatest satisfaction is the 100’s of lives we have impacted and changed throughout those years,” he said.

The Jackson, Miss. native’s journey all began with roots in Shreveport. Roots that eventually led him back to the area prior to his senior year in high school where he says God directed him to the ministry, finally “surrendering” himself in 1968.

He graduated from Fair Park High School and attended Baylor University where he married his wife, Anne, in 1971. After graduate school, he spent three years teaching Bible and math and coaching at Trinity Heights Christian Academy in Shreveport. 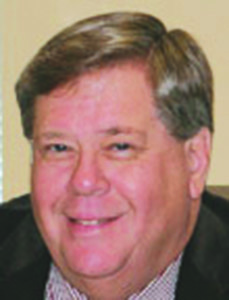 He left his position there in 1976 and became youth minister at Southside Baptist Church in Shreveport before receiving his Masters of Divinity degree from New Orleans Baptist Thological Seminary in 1982 and serving as Associate Pastor of Edgewater Baptist Church in New Orleans at the same time.

That year, Harrell made his last move when Dr. Damon Vaughn contacted him about coming on staff at Airline Baptist Church as his associate pastor.

“After much prayerful consideration I accepted the position and began serving there June 1, 1994,” said Harrell. “We were still worshipping at our old facility on Airline Drive across from Greenacres Middle School (now Central Baptist Church). I remember the warm welcome our family got that day and all the excitement in the church concerning the construction of our new building, our move out of the old building, and the plans to worship in BPCC (now the Bossier Instructional Center).”

After coming on at Airline Baptist Church, Harrell was able to focus on a beloved area of his ministry — overseas missions. He whetted his appetite for overseas missions by preaching revivals in Korea during 1989, but Harrell credits Dr. Bill Bailey with opening the door for his love of missions to blossom.

“I have had the opportunity to go to Cambodia once, the Philippines nine times, and Ecuador four times. The Lord willing, I will be with a mission team in Ecuador in August and back to the Philippines in November,” he said. “The experiences we have had in these trips have blessed me more than any blessing I have ever been able to bring to the people we go and work with. On these trips I have preached, shared the gospel, done Vacation Bible School, worked in the pharmacy and eye clinic, and even learned to pull teeth in the dental clinic.”

Throughout his many eventful years of serving his church and the Lord, Harrell says his greatest asset is his wife of almost 43 years, Anne.

“She has travelled this road of ministry and always been there through the good times and tough times, times when it was tough going with four kids, limited finances and a husband who has many demands on his time and is called away to be with others in time of need, when he could have been helping at home. She has been indispensable for what little success I have had in my ministry,” he said.

He says the highlight of the past two decades has been the love and support of the people of Airline Baptist Church and seeing God work in all of the experiences he and his family have faced.

He says his proudest moment is baptizing all four of his children — Aimee Anne, Cecilia, Bo (Harrell, Jr.), and Murphy.

“I am proudest of seeing all four of my children come to know Jesus Christ as their Lord and Savior. If they had not come to this point then all the rest of my ministry would have been for naught.”

Other than physically growing since moving into their current location in 1995 — the addition of two new buildings, the Damon Vaughn Center and recently opened children’s building — he said his most satisfying growth is in the people the church has affected.

“It is special joy to be able to see children born, come to know Jesus, be baptized and watch them as they grow up, graduate from high school and move into adulthood,” said Harrell.

Looking ahead to the next 20 years, he prays the time is spent in full service of God and his people.

“I hope that God gives me health and strength to make a difference in people’s lives for many years. I pray that I get to see all my grandchildren —  A. J. Norcross, Mateo Guerrero, Marci Guerrero, Kayden Shelton (his little brother, Kamden, is due in July), and Ian and Owen Shelton — come to know Jesus as their savior and embark on faithful Christian lives and faithful service,” said Harrell.