Home News-Free A legacy of service 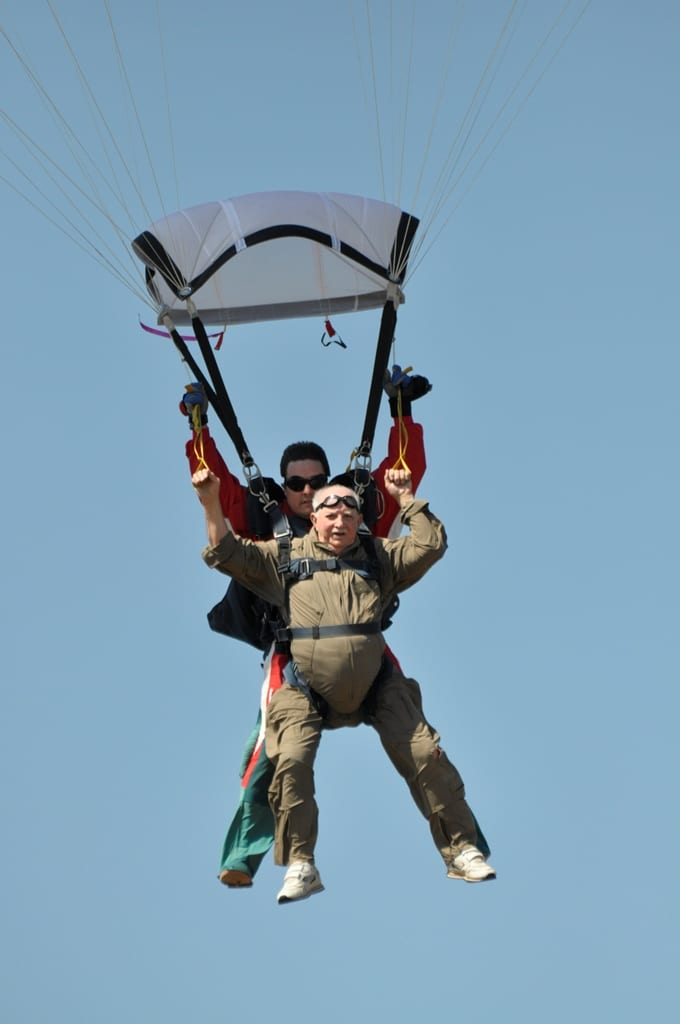 When the Veterans parade rolls through the State Fair of Louisiana, a familiar face will be leading the way.

Retired MSgt. Ray Urban, 95, of Bossier City has been selected as Grand Marshal of the fourth annual parade, which will be held Sunday, Nov. 8 in Shreveport. The parade will begin at Hirsch Memorial Coliseum and end at the Salvation Army Boys and Girls Club.

“This is my first time to be a Grand Marshal so all I know is I have to look pretty and wave at everybody,” Urban joked.

Urban, a Louisiana native, was attending Louisiana Tech when Pearl Harbor was bombed on December 7, 1941. He was just 21 years old when he enlisted in the U.S. Marine Corps. in January 1942.

After finishing boot camp, Urban joined the paratroopers. Unfortunately, his health didn’t allow him to stay in for very long. He went on to serve in other areas before going overseas in June of 1943.

“We did get shelled by a Japanese submarine, but there wasn’t really any action,” he said. “I saw combat a couple times, but most of the combat had to do with being bombed and shelled rather than small arms fire.”

Fortunately, he was never wounded in the 19 months he was overseas. When he returned to Louisiana, he went to work.

“I like to do a little of everything,” Urban said. “I’ve been a traveling salesman, I was an accountant for a while, I worked for a department store for a while then I went around the country liquidating stores before I moved to Shreveport in 1978.”

Today, Urban lives in Bossier and is a member of the Bossier Sheriff’s posse. He wants people to remember the men and women of the past and present not only on Veterans Day, but every day.

“I know a lot of veterans don’t get the thanks they deserve,” he said. “I think of it as kind of as a day to remember those who lost their lives, too. I think about the people I went through training with and was overseas with. You never forget. I’m just proud to do my part now.”

The Caddo Parish Commission, Bossier Parish Police Jury, the City of Shreveport and the City of Bossier City, along with local veterans’ support organizations and civic groups invite the public to join the Veterans Parade and Honor Ceremony. Festivities begin at 2 p.m. The parade will be held on the midway of the Louisiana State Fairgrounds, and will feature 115 units, including veterans groups, floats, marching bands, drill teams, JROTC groups, pep squads and more.

Immediately following the parade, at approximately 3:30 p.m., the Veterans Honor Ceremony will be held at the Salvation Army Boys and Girls Club, located at 2821 Greenwood Road in Shreveport. During this ceremony, which pays tribute to veterans from all wars, 11 specially nominated veterans will be honored. Each honoree will be presented with a plaque, their biography will be read and the Shreveport Concert Band will perform.

The State Fair of Louisiana will offer free fair admission and parking to all military veterans and their families on the day of the parade and ceremony. For more information regarding the parade and honor ceremony contact Ken Epperson at kepperson@caddo.org or (318) 773-2654.