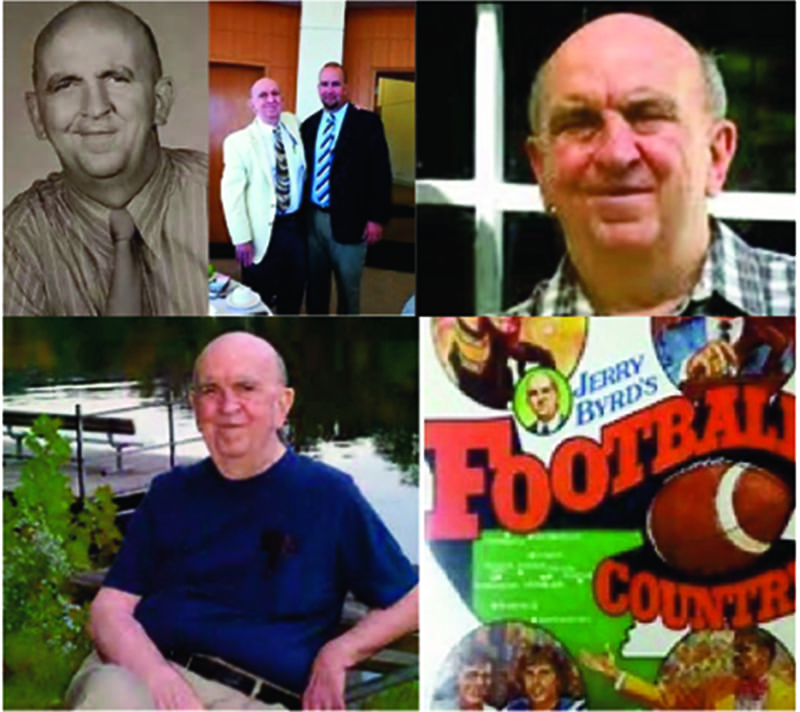 This afternoon, we learned that Jerry Byrd, the former Sports Editor of our newspaper passed away. It is a very sad day for all of us here at the Bossier Press-Tribune and so many more. Jerry Byrd was a sports legend. He was a member of the Louisiana Sports Hall of Fame. He wrote numerous award winning sports columns. He wrote many sports books. He received many awards for his sports writing. I was proud to work with Jerry Byrd and I was proud to call Jerry Byrd my friend. I have so many memories.

My first memory of Jerry Byrd was when I was eight years old. We had a park in our neighborhood where I used to hang out with a group of friends. Even at that young age, we were already sports fans and often talked sports. I vividly remember us discussing what was in Jerry Byrd’s Sports column. I am not really sure if we were actually reading the paper at that point or if we were just repeating what we had heard our fathers say. Either way, Jerry Byrd’s sports column was a very popular topic when we talked sports. In those days (1969), as so many people constantly let me know they remember, Jerry was the Sports Editor for Shreveport’s afternoon newspaper (The Shreveport Journal).

Jerry was proud of his Shreveport Journal days and often told me stories of starting to work there in 1957 – fresh out of college at Northwestern State in Natchitoches. He would tell me how he started to work in the sports department at the Journal for $35-$40 per week and how his family thought he was rich! He would also tell me how the Sports Editor at the Journal (when he started to work there) had been there since 1918. Jerry could tell that I was interested in hearing all of this. So, he would continue with the stories for lengthy periods of time…and I was always eager and ready to listen.

Early in the Summer of 2007, former Bossier Press Tribune Publisher and current Specht Newspapers President/CEO David Specht and I decided that we would help out our sports department (and Jerry Byrd) by going out to photograph area sports. At that point in the summer, it was baseball season (Bossier Little League and Dixie League). Pretty soon, high school football began in the Fall. Between high school football, middle school football and a few other area sports activities, I was finding myself out on the area sports fields almost every night of the week. I loved it! I had found a hobby that I had always wanted to pursue and I was also helping out our newspaper (and Jerry Byrd) at the same time! Again, I loved it! Jerry Byrd really appreciated the help too.

With the photography lessons, guidance and frequent pointers that David Specht gave me, I learned pretty fast and again, I was having a great time! Jerry would always ask me to call him with the final score after the game. After a few times of my doing this, Jerry would always ask me to be sure to tell the coach to call him after the game and he would also give me his cell phone number to give to the coach. As instructed, I would always go up to the coaches after the game and ask them to call Jerry Byrd. It quickly got to point where I would not even have to say a word to the coaches. As soon as I made I contact with them after the game, they would say “I know, call Jerry Byrd.” To which I would then reply, “ok coach, but let me give you his cell phone number,” Then, the coaches would always say “I’ve got it, I have it memorized” and they would then recite it back to me. Yes, they knew Jerry well and they loved him too……everyone did!

I fondly remember being at Bossier High School in 2008-2009 for a middle school basketball tournament. In this particular tournament, both gyms at Bossier High were always used. When Jerry asked to me to go there to cover the event and told me to be aware that some of the games would be played in the old gym too. I did not even know that Bossier High had two gyms but thanks to Jerry, I was about to find out. Jerry also let me know that Bossier High played for the state basketball championship in the old gym in 1960 under coach John McConathy (who also passed away this week). Jerry began to give me exacting details of the game – as he always did when recalling a sporting event that he had covered or was aware of. He asked me to take some pictures of the old gym for him  saying that he wold like to see it again for sentimental reasons. As always, I did as he instructed and I sent him some photos of the gym (as well as the games I photographed there) the next day. I will always remember that time…and so many more memories of Jerry Byrd.

My final Jerry Byrd story/memory involves the Bossier High State Championship runner-up basketball team from 2009. Bossier High had an incredible team that year and I had followed them closely, attending most every game that year and photographing the games for our newspaper. The finals (Boys Top 28) were still played at the Cajun Dome in Lafayette then and Bossier’s state championship game against Salmen was slated for somewhere around 7:00 pm on a Friday night (March 9, 2009, I think, to be exact). Anyway, I left Bossier City around 2 pm (after I had finished my sales calls for the day) in a heavy rain. I ran out of the rain somewhere below Alexandria and I made it to Lafayette (and the Cajun Dome) just a little before 6 pm. Upon my arrival, I called Jerry to tell him that I was there. He said “good, now here is what I need you to do.” I knew what was coming next, “call me in the final score and tell the coach to call me after the game. Oh, and one final thing, I know it will be late when you get home (I had to come back that night due to a family reunion in Minden the next day with which my Mom had threatened my life if I missed it), but would you mind dropping off the program in my mailbox when you get back to town?” Well, it was 1:30 am when I got back to Shreveport, but I delivered Jerry his program. He didn’t mind to ask almost anything…and I didn’t mind to deliver. To Jerry Byrd, if you were on the job covering sports, you were on the job..and you did what you had to do to get the job done!

Oh and one last thing that I will always remember, when shooting basketball, always shoot the scorebook. I would often forget to do that in the early days…….and would sometimes get scolded by Jerry for it, in a friendly sort of way. “Well, that’s ok. I will figure out something to do.” I learned so much from the guy that came to be my good friend, Jerry Byrd. I am a better newspaper man today from knowing Jerry Byrd. I often thank God for crossing my path with his. Again, Jerry Byrd was a sports legend. And, not many people know this, he could sing too. There are so many stories the team members of the Bossier Press-Tribune could tell regarding Jerry’s singing. I am out of space for this story, but let’s just say that he could sing and many times, he would sing at some of the most interesting (and awkward) times. His passing leaves a definite void in both our local sports community and our community at large. May God bless you and be with you, Mr. Jerry Byrd. Job well done my friend! 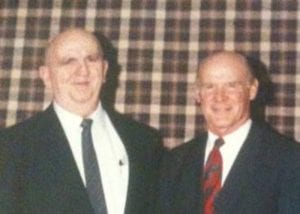 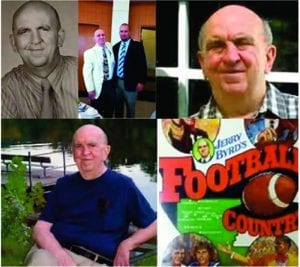 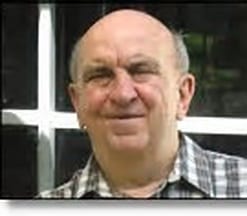 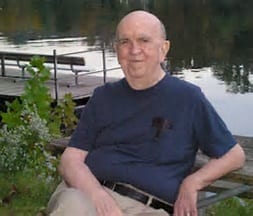 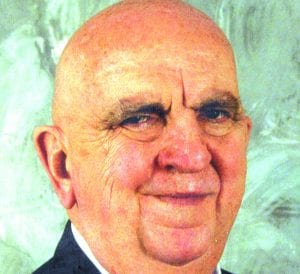