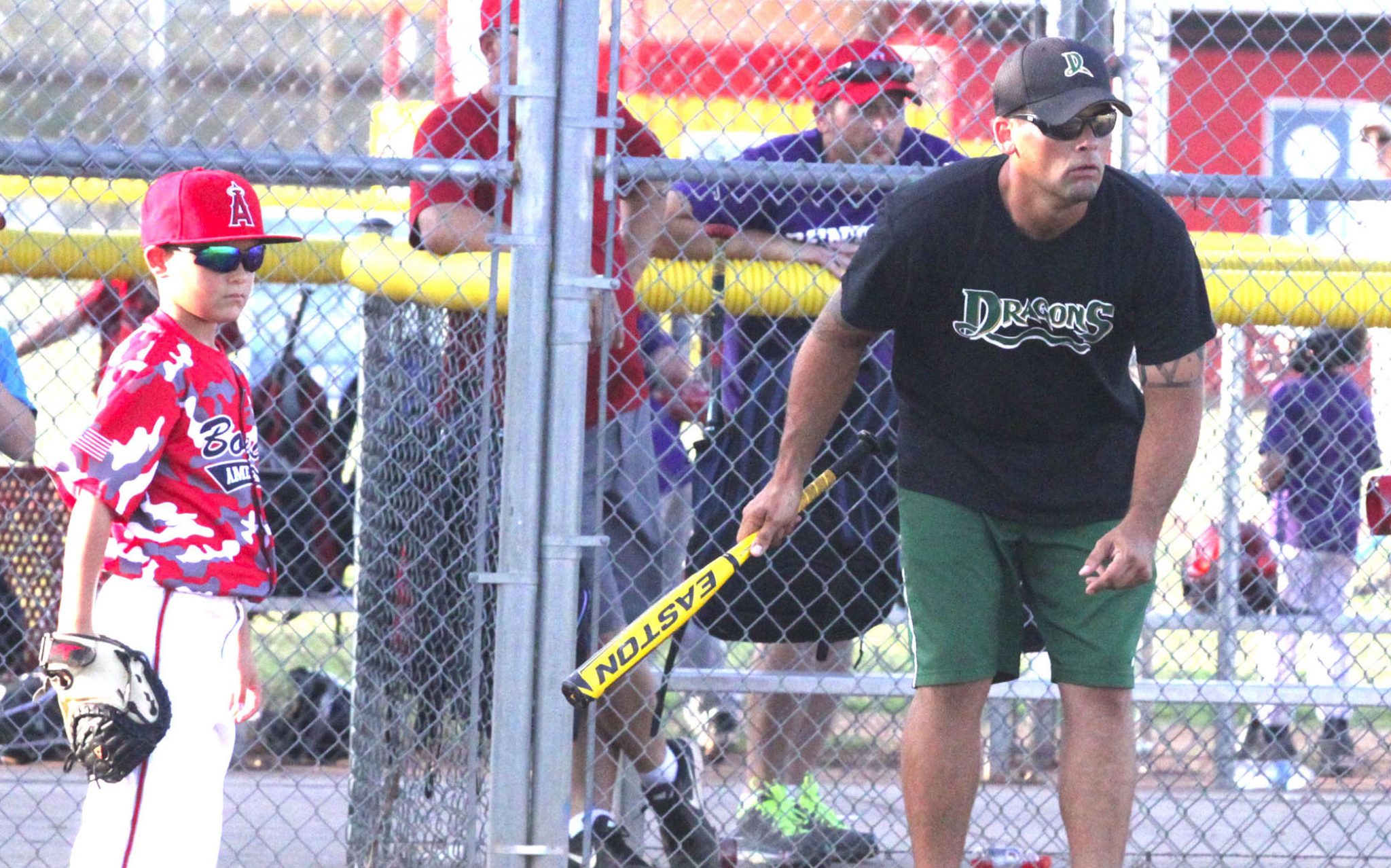 Talk to Tommy Long for a few minutes and you’ll hear the passion he has for youth sports in his voice.

Long has been coaching for about three years. Like many local youth coaches, sports were a big part of his life growing up in Bossier City. He also has a 7-year-old son, Cayden, who plays.

Cayden played for his dad on teams, all named the Dragons, that won championships in three sports within the past 10 months — 5-6-year-old football (Bossier Parks and Recreation), 7-year-old basketball (BPAR) and 7-8 Machine Pitch baseball (Little League).

Long has kept the majority of his players together for all three sports. They all live in north Bossier and most of them attend Apollo or Stockwell Place elementary schools.

“I started out with them when they were five and I’ve kept them together for three sports now. Over the years they’ve just matured and all the hard work we’ve put in has turned them into phenomenal athletes,” Long said.

Six of Long’s Dragons are on his Bossier American 7-8 Machine Pitch All-Star team, which begins play in the district tournament tonight in Blanchard.

While youth sports are mainly about having fun, Long sees added benefits for the kids. He thinks it’s important for them to learn the value of hard work and an appreciation for physical fitness and playing outdoors at a young age.

“I really try to make them work out,” he said. “I’m real big on being fit and being physical and not spending as much time in front of the TV, getting out and playing and not being so drawn into the cartoons.”

During his youth, Long played three sports a year from the time he was 5 or 6. He is a 2001 graduate of Airline, where he played football.

He said coaches meant a lot to him when he was growing up and now he’s trying to pay it forward.

“I didn’t have a father figure and coaches kind of played that role,” he said. “I don’t try to be a father figure to the players, but young people need people to look up to and I try to give them that and just try to preach hard work.

Coaching has become a labor of love for Long since his son became old enough to play.

“That’s been my passion,” he said. “It just means a lot. I really enjoy being around youth sports and stuff like that, just trying to be a mentor and teach them the right way to play the game.”

It’s a job that keeps him outdoors most of the day.

“Even though I’m in the heat all day I don’t think twice about it,” he said. “As soon as I get home from a hard day’s work I come right out here (to practice) and sweat some more for a couple of hours because it just means the world to me. These kids are amazing.”

Long makes clear that it wouldn’t be possible for him to do what he does without the support of his wife Lindsey, his assistant coaches and especially his players’ parents.

“One of the hardest things about being a coach is if half of your parents are all in and the other parents are all out,” he said. “The experience is what you make of it. If the parents are as enthusiastic about it as the children are it makes it all the more better. It makes for a better experience.”