I need to lose a stone.

I said, I need to lose a stone.

What in the sam hill are you talking about?

A stone! I need to lose a stone in weight!

A stone in weight? Well that has all the clarity of oxtail soup. Can you please speak English, Irish boy?!

Fine. A “stone” is 14 pounds in weight. If you’ve ever been to Ireland or England, you’ll hear people talk about their weight in stone and pounds. So, for example, a person who is 10 stone, weighs 10 times 14, which is 140 pounds. If you find yourself in Ireland or England and you happen to mention someone’s weight as, say, 170 pounds, people have really no idea what you are talking about. For us, across the pond, someone who weighs 170 pounds would be described as weighing just over 12 stone, or 12 stone 2, to be precise. Notice we don’t use the plural either of stone. No, we’re not weird, ye are! 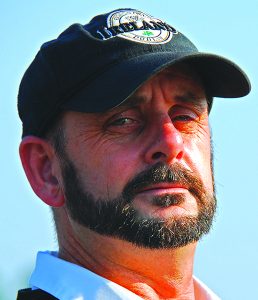 Despite our adherence to the medieval imperial measurements when it comes to people’s weight we are pretty much full-on when it comes to the metric system in Europe. Of course in places like France, Germany and Italy, i.e. continental Europe, they have absolutely no idea whatsoever what “pounds” are. The Brits and the Micks cling to these last vestiges of the old imperial measurements to describe people’s weight, in the same way as beer is served in pints, not liters.

Incidentally, if you do find yourself in Britain, or on Paddy’s Green Shamrock Shores, the younger generation will invariably describe their weight and in metric measurements however. So, things are changing.

Not so here in the US. Unless of course you’re talking about: guns, drugs, or soda. If you are buying either of these 3 commodities, this is the only time you are ever likely to use the metric system. Before you head off to buy yourself a few grams of cocaine, you might want to make sure you’re packing some heat – perhaps your 38mm special. Maybe you’ll bring along a 2 liter bottle of soda, in case you get thirsty. Otherwise, the only people who are likely to be using the metric system in the US today, are those wearing white lab coats in a scientific setting.

Speaking as a former elementary schoolteacher, I must say I found it very frustrating teaching the metric system to kids, since it was something the vast majority of them would have no practical use for later in life – unless of course they were buying drugs, guns or soda. ‘Tis lucky for ye, I can’t be elected president, since I wasn’t born an American citizen. But, if I could be the President , aka The King of Democracy, I would immediately issue a royal edict compelling ye to switch to metric overnight. And those who failed to do so would be required to recite their 12 times long division tables – in public.

Brian O’ Nuanain runs “Across The Pond And Beyond”, a company that organizes international vacations. You can reach him at acrossthepondandbeyond.com