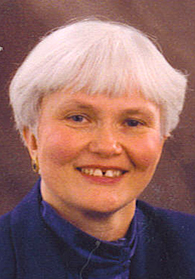 It’s October, 1962 and I’m fourteen and living in a church run orphanage near Tulsa, Okla.

I recall the 60’s as the Donna Reed Era, children and women were mostly to be seen and not heard. Much abuse was swept under the rug.

I shall never forget the shock I felt at that time!  As a  new resident at the home, I was approached at church by a ten-year-old girl name Lisa (name changed to protect her privacy.)  Anyway she asked me to step into the bathroom after services were over.

I stood in horror as she unveiled massive layers of blackened bruises hidden beneath her clothing.

Without hesitation I told her “Tomorrow we will go to the school nurse.”  I knew I’d betrayed the “powers that be.”  I knew that I’d been guilty of treason against the ones who’d lost control and hurt this child.  Still I felt proud of what I’d done.  Just as soon as I arrived back at the home, I hurried off the bus to tell the superintendent of the home, who was waiting for us that particular day.

Instinctively I knew he was looking for the culprit who reported one of his employees.

Never was I so verbally slapped in the face  as when he told me he’d tell my housemother because the nurse had kept my name anonymous when she visited the home earlier that day.

Behind closed doors she dealt with me as she lectured me for hours, telling me how she had once beaten her own daughter with a garden hose so severely she had to be put to bed.  She didn’t dare lay a hand on me because she feared the real “powers that be.”

My punishment was to be one month’s grounding — and I wouldn’t be able to bathe, wash or roll my hair.  I was to wear the same dirty clothes to school and church for the duration of my grounding.  I suppose she thought this would make me, not her, look bad.

Fifty-one years later I still smile as I remember how it all backfired on her the following Sunday morning when she suddenly remembered that was to be the day of “Open House”, the day when the home showcased  our immaculate cottage to display our wonderful home-like environment to the many church members who might choose to visit the orphanage and leave a contribution  to the “worthy cause” so they might be hoodwinked into feeling good about their generosity as they recalled our plastic smiles and well-groomed appearance.

Never did my housemother fly so fast to see that the older girls helped me to wash, set and dry my hair in a day before blow-dry hair styles.

Though half of a century has passed and gone, and the abusive housemother next door was finally fired the following year, as one case after another came before the public eye, and my own unbending housemother was fired later, I still feel proud of the shy, undersized, awkward fourteen year-old girl from the backwoods of Arkansas, who took justice into her own hands back then and continues to do so, being the activist that I am, as I strive to be  an advocate, a voice to speak out for those who appear to have no voice!

And even though the orphanage has moved and changed their name court records show abuse still reins while they home school their children to make it harder to report the abuse.

One house father is serving time in prison until 2016 for a repeatedly raping a young girl in 2003.

In 2010 I compiled and published a book of true stories  written   by   these adult children (many in their 50’s and 60’s) because they  wanted to finally be heard to give some closure to what went on back then and perhaps to prevent future abuse.

Where this will all end I do not know but we do live in the best of times and the worst of times because abuse is still rampant but we punish those who know and do nothing to protect the innocent.

God is the same yesterday, today and forever and He always gets me to the right place at the right time!

Sarah Hudson Pierce is President of Ritz Publications in Shreveport.