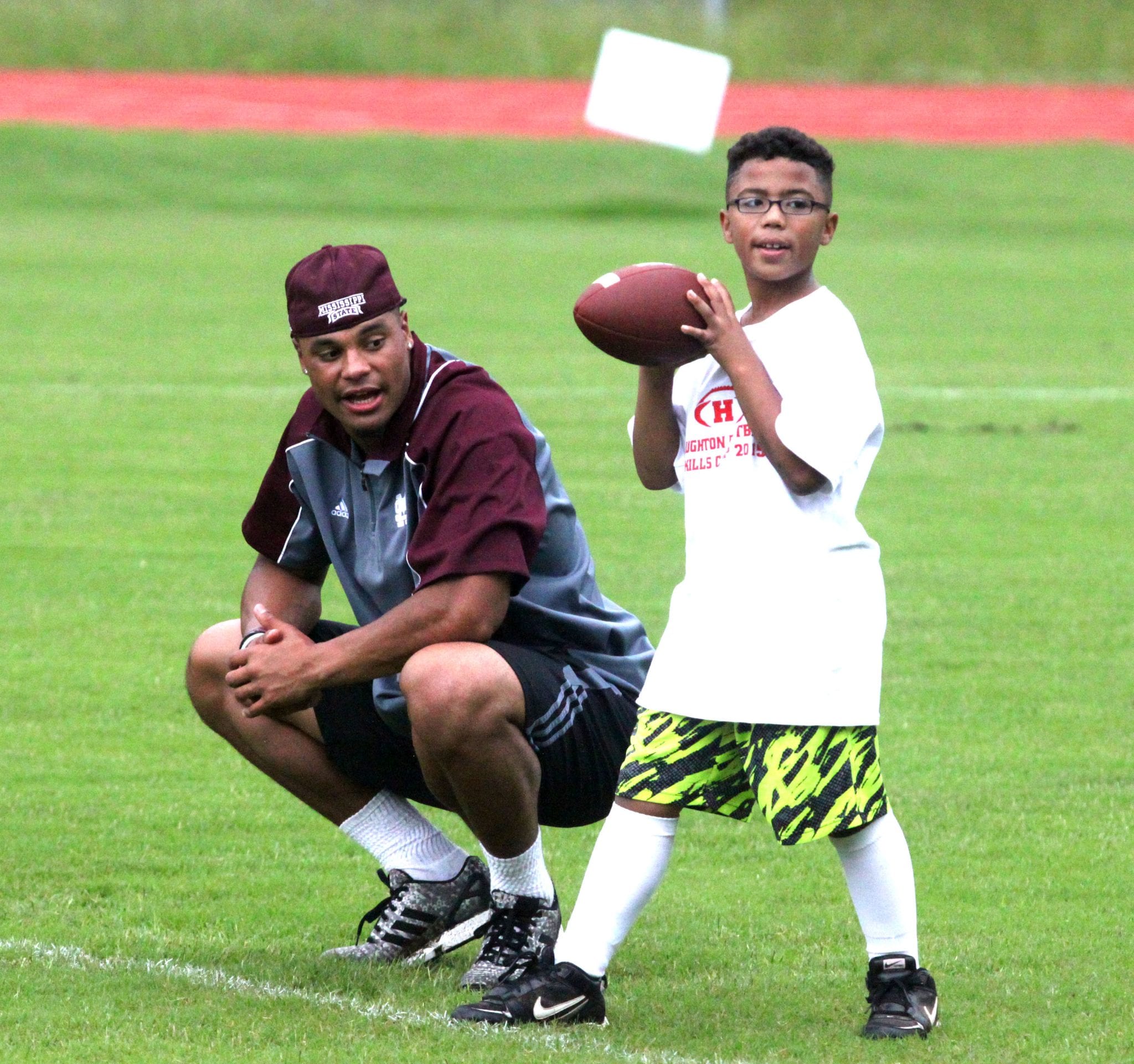 Haughton head coach Jason Brotherton made the announcment on Twitter Thursday morning. The camp is open to boys and girls in grades 1-8, according to a flyer Brotherton posted on social media on Friday.

The cost is $99. Registration is at dakprescottcamp.com. You can use the promo code “Haughton” to save 10 percent, according to the flyer. 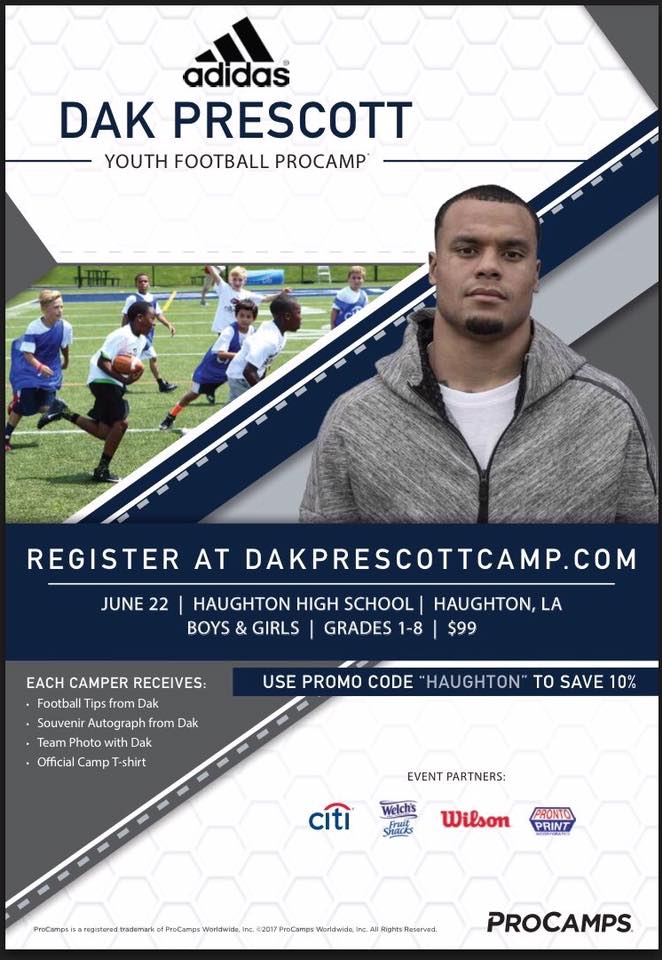 Prescott is a former Haughton standout. He was the Bucs’ starting quarterback in 2009 and 2010, leading them to 18 straight regular-season victories.

In 2010, he led Haughton to a 10-0 regular season. The Bucs finished 12-1 overall after losing to eventual state champion Franklinton 49-41 in the Class 4A quarterfinals.

Prescott was one of several former and then-current Bucs who served as intructors at a well-attended camp at Haughton in June of 2015 before his senior season at Mississippi State.

Prescott passed for 3,667 yards and 23 touchdowns during the regular season, helping the Cowboys finish 13-3. Dallas won the NFC East and earned the top seed in the playoffs. The Cowboys lost to the Green Bay Packers 34-31 in the divisional playoffs on Jan. 15.

Prescott also announced Thursday on Twitter he will be hosting the Citi Dak Prescott ProCamp on Feb. 3 at Lake Dallas High School in Corinth, Texas. It is open for boys and girls in grades 1-8.

For more information go to citiprivatepass.com.