Tens of thousands of Louisiana families and businesses in the eastern part of Louisiana from Ouachita Parish in the north to East Baton Rouge Parish in the south, mostly in rural areas and small towns, depend on the American Midstream Pipeline (Midla) for their natural gas service. Included on the customer list are the state’s largest correctional facility, Angola State Penitentiary, and East Louisiana State Hospital. It is the only natural gas distribution service available. It has been that way for decades.

Now the vital energy service is threatened by the pipeline’s latest owner ArcLight Capital Partners, a hedge fund based in Boston. The new owners say customers must agree to exorbitant rate increases to continue the service or the company intends to shut down the pipeline, leaving families and businesses across the eastern part of Louisiana without any natural gas service. 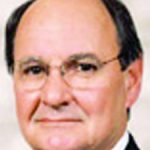 Midla owners claim the pipeline, built over 80 years ago, is antiquated and unsafe to operate. They say the increased rates are needed to modernize the pipeline. Without the increased rates which amount to 10 to 14 times the current rates, they are threatening to begin to shut down operations as early as next week and will file an application with the Federal Energy Regulatory Commission (FERC) to officially abandon the pipeline.

“This kind of action is unheard of in the pipeline industry,” District 36 State Senator Robert Adley (R-Benton) said. “It is true that Midla was built decades ago, but so was just about every other natural gas pipeline in Louisiana. It is also true that customers in Louisiana have paid high rates for years. Midla took the money and did nothing to modernize the pipeline as required by pipeline tariffs. Despite this, the pipeline has always operated safely, with NO incidents or citations from either the state or the federal government over the years. I will issue a warning right now. If there is some event on this pipeline, it is on the shoulders of the people who just bought the pipeline, ArcLight Capital. This is about greed, plain and simple.”

Sen. Adley issued his warning before the Senate Transportation Committee this week as the committee heard testimony on his Senate Bill 525. The measure, approved by the committee, gives customers, local officials and state regulators a say on what happens to the pipeline and the natural gas service they depend on. The proposed new state law would require the approval of the Louisiana Public Service Commission (PSC) to abandon any portion of an interstate pipeline that runs through Louisiana once an abandonment plan has been approved by the federal government. If the PSC agrees to the shutdown of the pipeline, the operators could have to cover any costs associated with making an alternative provider available. Louisiana Public Service Commissioner Scott Angelle has been instrumental in educating FERC officials on the situation facing Louisiana with Midla pipeline.

For local officials in the nine parishes which are served by Midla, the threatened loss of vital natural gas service is devastating. For years they have paid high rates to Midla believing that the pipeline was being maintained and properly upgraded. Now they feel powerless to stop abandonment without some kind of state intervention.

Sen. Adley’s Senate Bill 525 will next be considered by the full Senate.