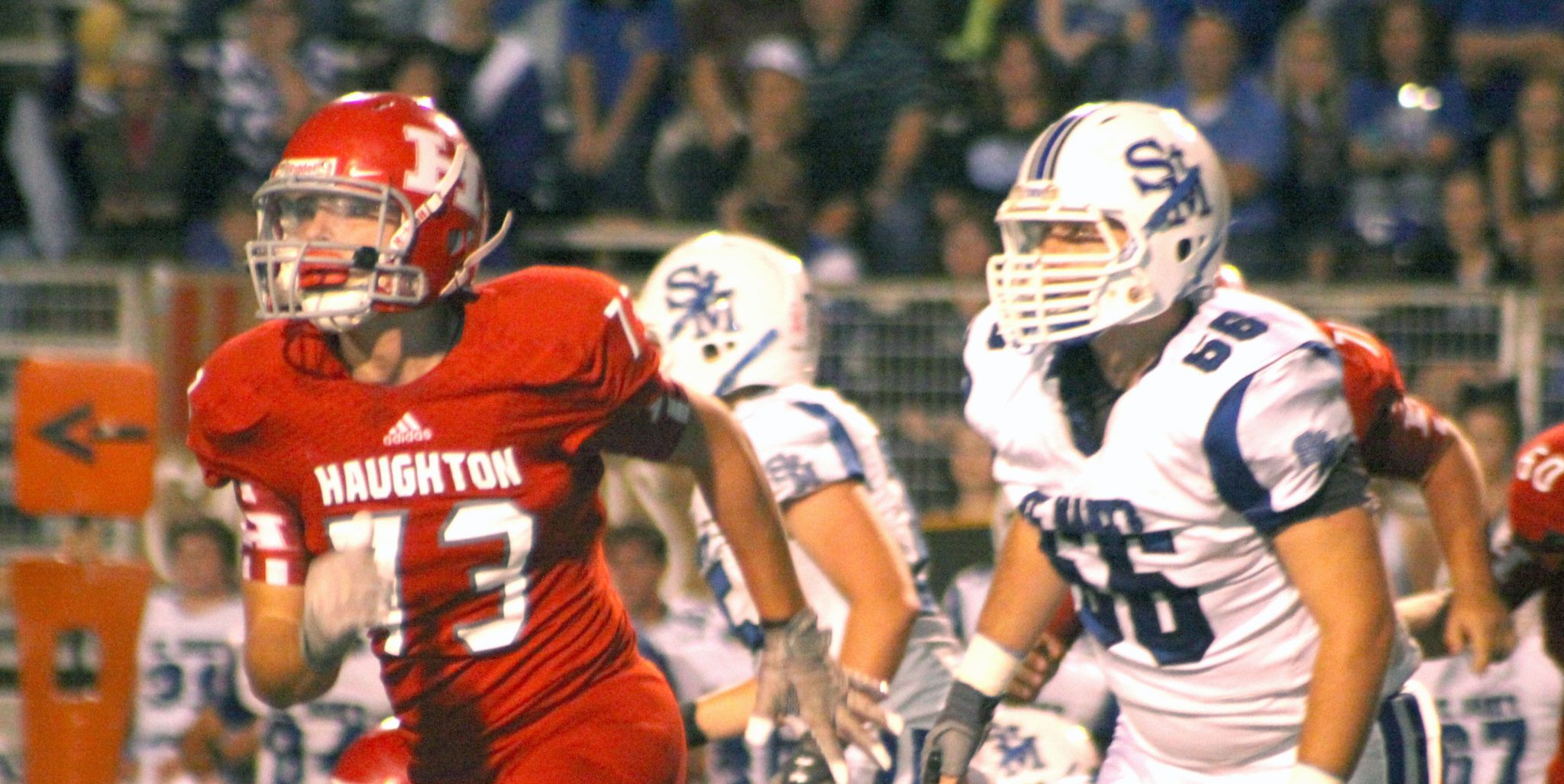 Hard as it is to believe, the high school regular season is halfway over.
Generally, it’s been a successful one for Bossier Parish teams. Four have impressive records — Haughton (5-0), Parkway (4-1), Benton (4-1) and Plain Dealing (4-1).
Airline, which has played the toughest schedule, is 2-3. Bossier (0-5) hasn’t won a game, but the Bearkats have by no means quit. They came close to getting their first win of the season last week before falling to Block 12-6 in Jonesville.
Thursday marks the beginning of district play in 1-5A and 1-1A. While district games have no more effect on a team’s chances of making the playoffs than non-district games, I’ve always thought they were bigger and marked the start of a second season.
Simply making the playoffs is great, but it doesn’t get you a trophy to put in the case or give you area braggin’ rights.
There will be some exciting matchups between parish teams in 1-5A but not this week.
Airline travels across the Red to take on Byrd (5-0) at Lee Hedges Stadium, Haughton (2-3) hosts Southwood (2-3) and Parkway plays Captain Shreve (3-2) at Preston Crownover Stadium.
All three games are Thursday as are Benton’s 1-4A game at home against Fair Park (4-1, 1-1) and Plain Dealing’s 1-1A opener at home against Ringgold (3-2).
There are so many Thursday games because Bossier Parish schools are out Friday and Monday.
The only Friday game is Bossier’s District 1-3A opener against North Webster (3-2) in Springhill.
By far the most intriguing of the 1-5A openers is the Airline-Byrd game.
Going just by records, you wouldn’t think a 2-3 team would stand a chance against an undefeated team ranked No. 3 in the state.
But Airline is not your typical 2-3 team. Byrd is the Vikings’ third straight top-10 opponent. And at the very least, Airline should be 3-2. Without special teams breakdowns, turnovers and penalties, the Vikings’ last two games against West Monroe and Neville would have likely gone down to the wire. I’m not saying they would have won either, but they could have.
Airline has faced several option-style offenses already this season, so Byrd’s will offer no surprises. Last year, Airline’s defense shut the Jackets down in the first half, but Byrd scored four TDs in the second in a 28-3 victory.
For the third straight week, the Vikings will be taking the field against a team few give them a chance of beating.
As coach Bo Meeks likes to say, it’s an opportunity and a challenge.
Byrd may be a better team this year than both West Monroe and Neville. It will take a mistake-free game, but if the Vikings defense continues to play like it has and the offense can make some plays, Airline could be right there at the end with a chance to win.
Parkway and Haughton are the heavy favorites in their 1-5A openers. Captain Shreve and Southwood appear to be improved over last season, but I don’t see the Gators or the Cowboys slowing down the Panthers’ and Bucs’ talented offenses.
The second-best matchup of Week 6 is in Benton. Just two games in, Benton and Minden are the only teams in 1-4A without a district loss.
Fair Park suffered its first loss of the season last week 28-20 against Minden after giving up three fourth-quarter touchdowns.
Benton’s defense has been nothing short of spectacular. The Tigers haven’t allowed a point in 11 straight quarters. Fair Park quarterback Se’Derrick Smith, a threat running and passing, will offer a big challenge.
The Tigers offense, which moved the ball well at times in last week’s 9-0 win over Woodlawn, may need to put more points on the board than it has in previous weeks. But I expect Benton to be up to the challenge.
Plain Dealing is going against a Ringgold squad that has been outscored 104-8 in its last two games against tough opponents.
Last year’s game was a bit closer than expected. The Redskins may stay close for awhile, but I expect the Lions to roll to 5-1.
Bossier faces a difficult task against North Webster. The Knights have a stable of talented running backs that can wear any team down.
Maybe the Bearkats gained some confidence from last week’s close call and will pull off a major upset. The only problem is North Webster is a much better team than Block.

Opinion
Russell Hedges is Sports Editor of the Bossier Press-Tribune. He may be reached at rhedges@bossierpress.com