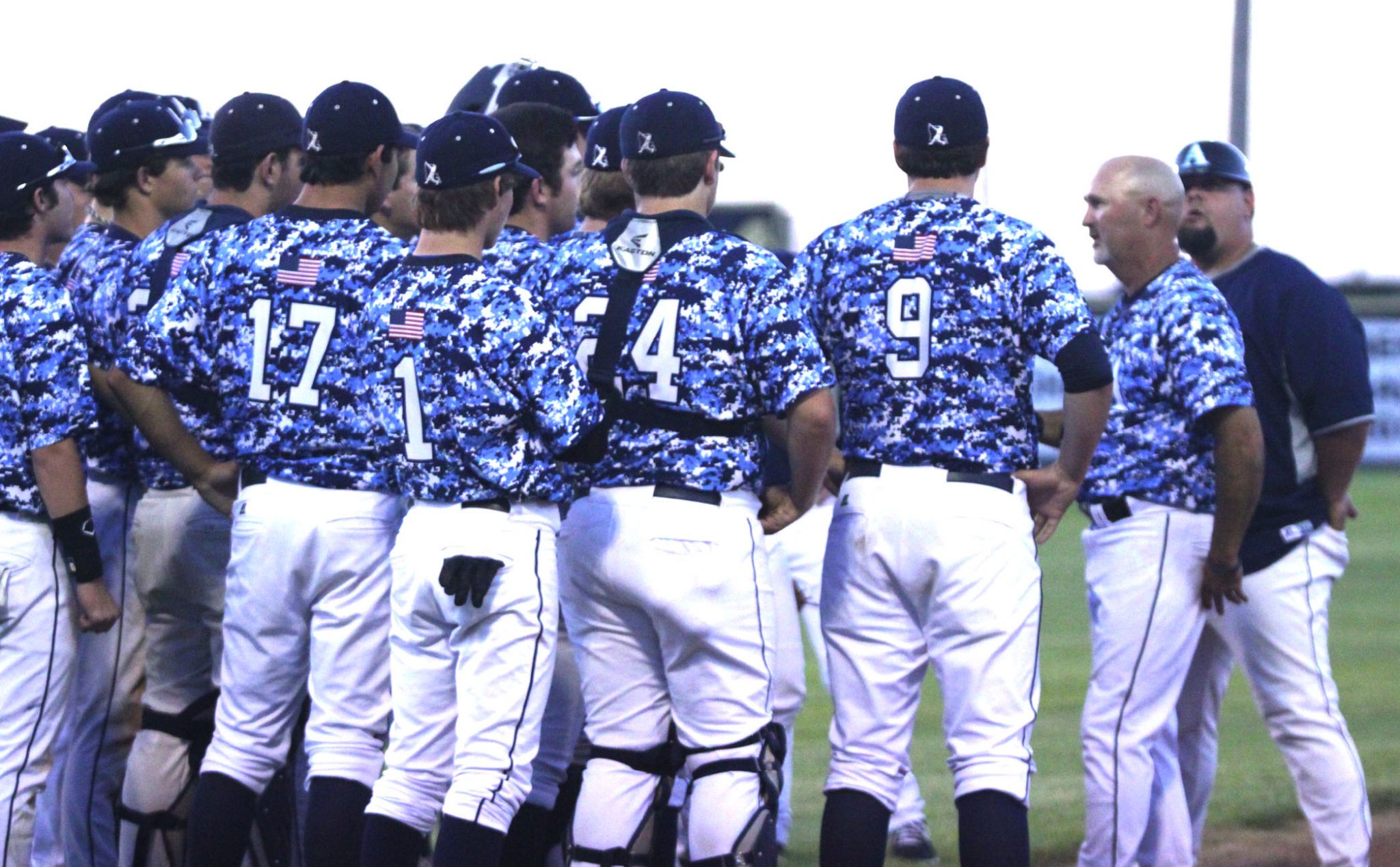 The Airline Vikings didn’t get off to a good start in the 2014 baseball regular season.
But they sure did finish it strong.
Airline earned a share of the District 1-5A baseball championship with a 4-0 victory over the Parkway Panthers Friday night at Airline.
The Vikings and Byrd Yellow Jackets both finished district play 11-4. Byrd defeated Haughton 13-5 Friday, completing the series sweep.
Parkway (16-18, 8-7) finished third at 8-7. Parkway doubled its win total of last season.
After losing five of its first 10 games, the Vikings closed the regular season 18-16.
The district title is Airline’s first since 2011.
“It was a good job by the kids,” Airline coach Toby Todd said. “Because there was several times through the year that we probably could’ve mailed it in, packed it up, and they didn’t.
“They fought through it. Some of older kids came through and did a good enough job of getting our younger kids ready, where our younger kids are now having the chance to contribute. And do a little bit more than just contribute, excel.”
Todd said it took everyone on the team to get the Vikings the district title.
“Different guys have gotten hot at different times,” he said. “Pitching-wise, we’ve thrown a lot of different pitchers. We didn’t start the same three guys all through the district. It’s been a collective team effort.”
One of the “younger guys” Todd was referring to is sophomore Cameron Taylor.
Taylor has had an outstanding season on the mound and at the plate.
Friday against Parkway, Taylor pitched a three-hitter with nine strikeouts and also drove in a run.
The Vikings took control with three runs in the third inning.
Hayden Waxley led off the inning with a single, advanced to second on Tanner Daniel’s sacrifice bunt and moved to third on a passed ball. He scored on Taylor’s single.
Jarrett Bamburg’s single moved Tyler Tackett, running for Taylor, to second.
Tackett and Bamburg scored on Peyton Davis’ double to center field.
Bamburg led the Vikings with two hits.
Parkway got a solid pitching performance from Caleb Stock,  who allowed six hits and struck out six.
Kyle Laverdiere went 2-for-3 for the Panthers.
At LSUS, Haughton’s John Tomb and Seth Ryan both had outstanding nights at the plate.
Tomb had a home run, two triples and two RBIs. Ryan had a triple, double and two RBIs.
Sam Wallace also had two hits for the Bucs, who finished 13-20.