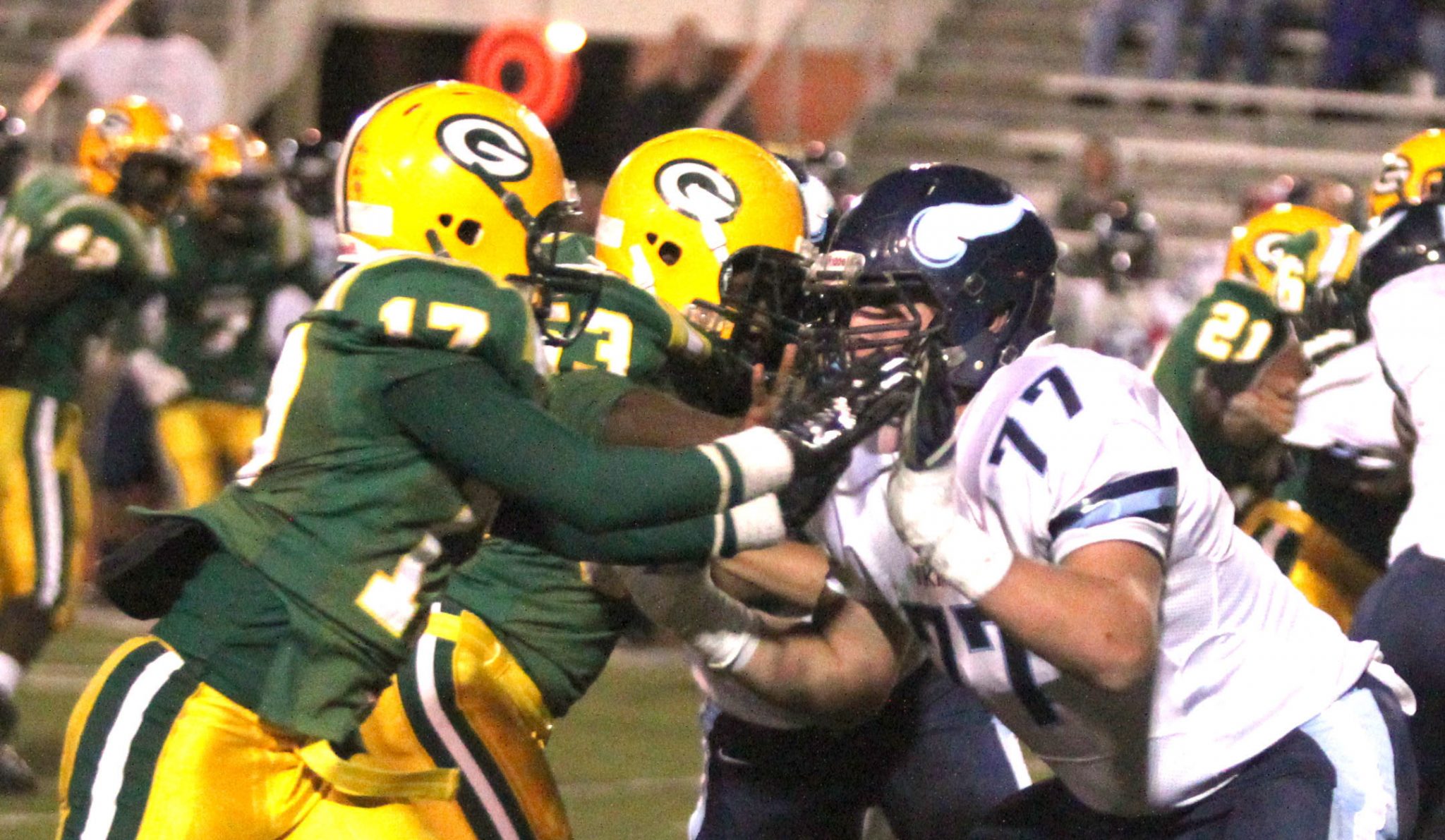 “There’s no such thing as an ugly win,” Airline coach Bo Meeks told his team after the Vikings’ 26-16 victory over the Captain Shreve Gators Friday night at Lee Hedges Stadium. “That looked pretty to me.”

It wasn’t a masterpiece, but the Vikings assured themselves of a playoff berth with the win.

Airline, which concludes the regular season next Friday at home against Parkway, improved to 4-5 overall with its second straight win and 2-2 in District 1-5A. Airline was No. 34 in the latest LHSAA power rankings released last Tuesday. The Vikings should move into the top 32 when the new rankings come out next week.

Captain Shreve fell to 3-6 with its sixth straight loss and 0-4 in 1-5A. But the Gators are still in the playoff hunt.

Airline got off to a fantastic start against Shreve. The Vikings built a 20-0 lead in the first quarter and appeared on their way to a blowout victory.

But the Gators got right back in it with a field goal and two defensive touchdowns on consecutive Airline possessions. Suddenly, the Vikings’ lead was just 20-16 with 3:33 left in the half.

Airline got a big touchdown right before the half. A pass from Noah Hildebrand to D’Juan Byrd put the Vikings in scoring position. On third-and-goal from the 10, Hildebrand lofted a pass toward Harvey Calhoun in the back of the end zone. Calhoun made the catch with just 21 seconds left in the half.

The defenses dominated the second half. Shreve put together a scoring threat in the fourth quarter, reaching the Airline 25 on a pass interference penalty. The Gators completed a pass to the 10, but the play was nullified by a holding penalty.

On fourth-and-17, the Vikings ended the threat with a sack.

“The defense wax really, really outstanding tonight,” Meeks said. “I was really, really proud of the job they did. We made a couple of mistakes that allowed them to get back into the game and every opportunity they had to make a run the defense just shut them down.”

Hildebrand completed nine of 12 passes for 149 yards and three touchdowns and an interception in the first half.

Cameron Howell got open behind the Shreve secondary and scored on a 64-yard pass from Hildebrand.

With a playoff spot assured, the Vikings can relax a bit and get ready to play Parkway. Last season’s game, a 30-23 Panthers’ victory, was one of the best of the season in Bossier Parish.

“It’s a parish rivalry,” Meeks said. “We’re excited about the opportunity to play Parkway, We’ve got an opportunity to improve our standing going into the playoffs. It’s a huge game on a lot of levels so we’re looking forward to the preparation and having a good week.”