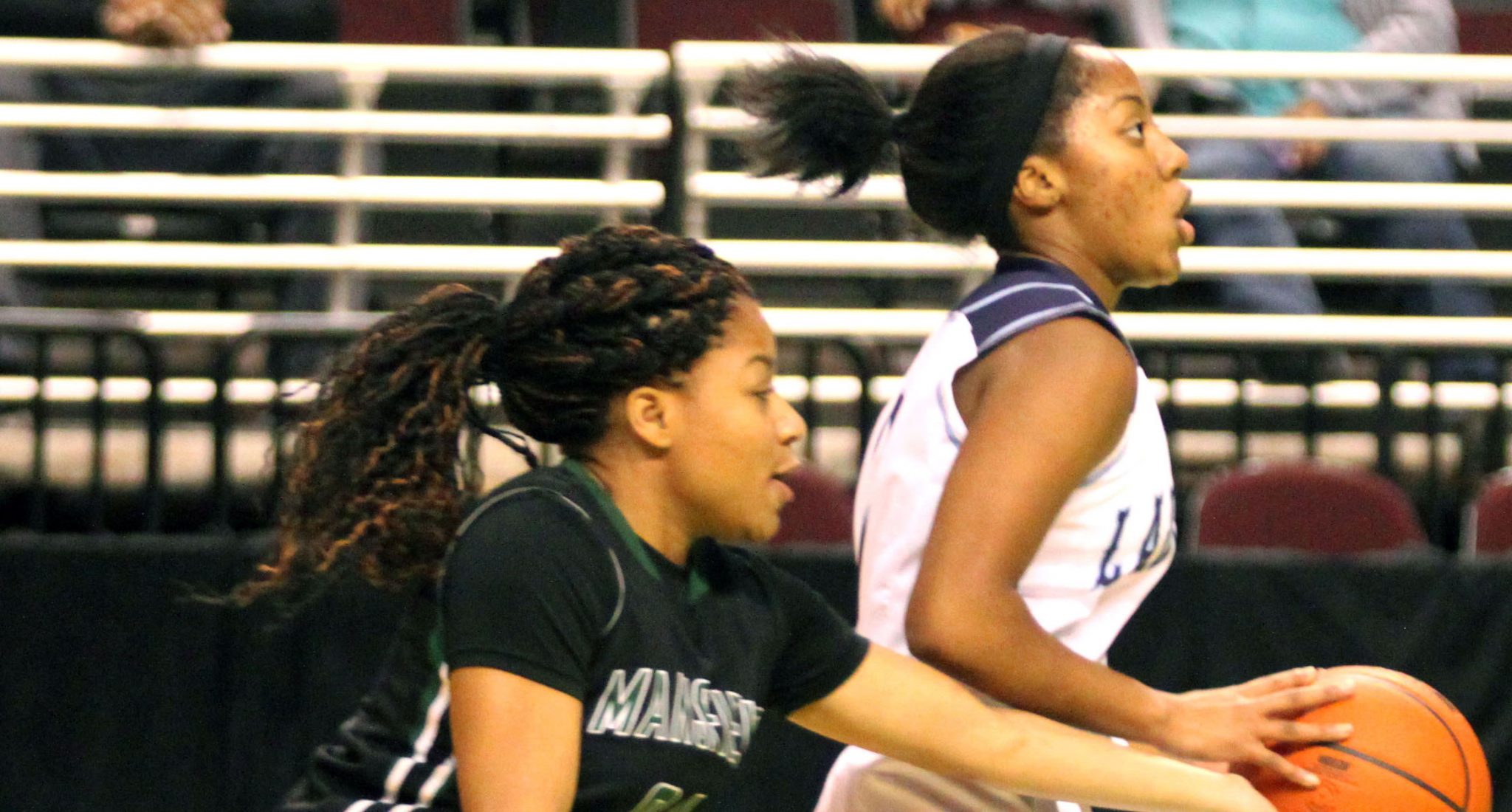 The Mansfield Lady Wolverines pulled way in the fourth quarter for a 54-45 victory over the Lady Vikings in the girls championship game at the CenturyLink Center. The game was a rematch of last year’s title game won by Mansfield 57-56 in overtime.

Elsewhere, the Parkway Panthers claimed third-place in the boys division with a 76-65 victory over the Airline Vikings.

The Benton Lady Tigers fell to the Red River Lady Bulldogs 45-41 in the girls consolation final.

The Bossier Lady Kats dropped a 50-34 decision to the Huntington Lady Raiders in the girls third-place game.

In the girls title game, Airline overcame a nine-point deficit early in the second quarter and led 25-23 at the half. The third quarter was tight, but the Lady Vikings led by as many as three and missed a couple of opportunities to extend the lead to five.

Airline took a 38-37 lead into the fourth quarter but couldn’t stop the Lady Wolverines’ Ashlyn Jacobs, who finished with 32 points. Jacobs gave the Lady Vikings fits with her shooting, passing and defense. She was named the tournament MVP for the second straight year.

Kei McCoy led Airline with 23 points and was named to the all-tournament team along with fellow senior guard Madison Rowland, who hit two early 3-pointers.

In the boys third-place game, Artavious Lynn, a 6-foot-5 post player, scored 20 points and Keondre Wudtee 19 to lead the Panthers past the Vikings. Both teams struggled at the free-throw line, but Airline especially had problems there.

Lynn and Airline guard Robby Dooley, who led Airline with 18, were named to the all-tournament team.

In the boys consolation final, Plain Dealing raced to an 18-3 lead only to see Richwood rally. The Lions led by seven at the half, but the Rams tied it at 40 with just less than three minutes to play in the third quarter.

The game went into the fourth quarter tied at 44. But the Lions went on a 7-0 run and kept the Rams at bay.

Chiner Long, who was named to the all-tournament team, paced Plain Dealing with 24 points. Keldrick Carper, who also had an outstanding tournament, scored 23 points and was a force on the boards.

The Lady Tigers played solid defense and the game was tight midway through the third quarter after Benton rallied from an early deficit. Red River, who got 23 points from Lekeya Lewis, began to pull away late in the third and led by five going into the fourth.

In the girls third-place game, Bossier had a three-point lead at the half but Huntington took control in the third quarter.