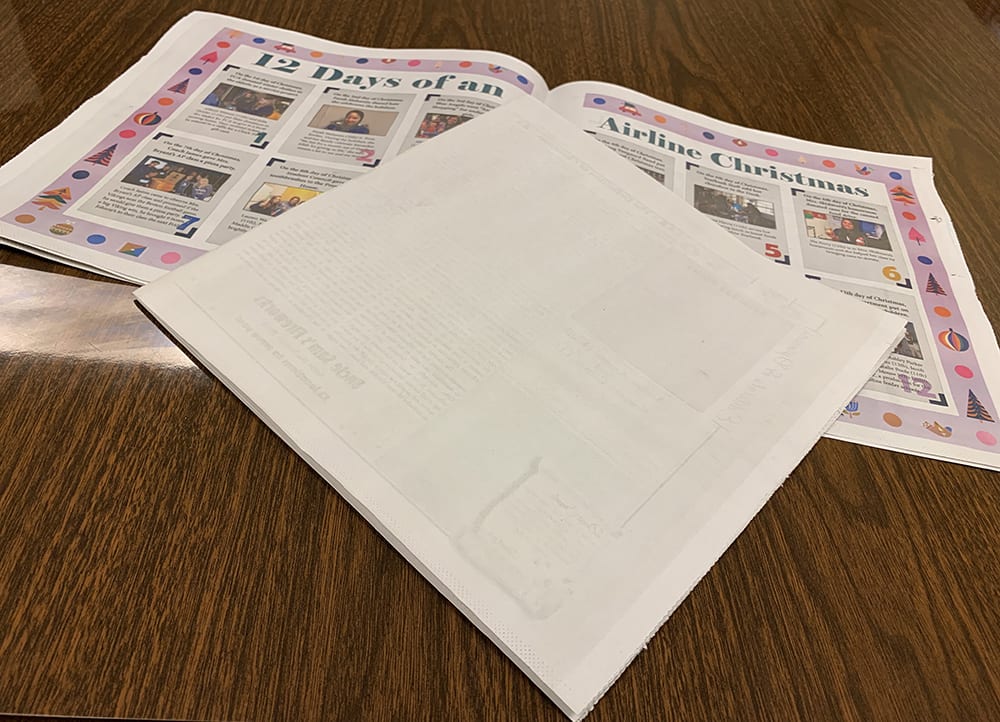 Last week, I used my editorial column space to express my opinion regarding the Airline High School newspaper’s December 2019 edition using a blank front page as a sort of protest regarding religious expression.

I wrote that column because our company’s client, the Airline High School newspaper, chose not to print its edition as originally submitted with a photo showing a student decorating a Christmas tree with an ornament saying “I Love Jesus.” Assuredly, I am not trying to bring this subject back up again this week. I feel as if I made my point last week. I am just blown away by the unexpected attention from local media and the outpouring of emotion from the community.

The whole situation touched me so deeply from an emotional standpoint. In hindsight, maybe I was too emotional about it. That said, I have no regrets whatsoever — my words expressed my true feelings.

Those that know me say that I am always calm, cool, collected, and even-tempered. As such, I sometimes don’t stand up when I should. We all have “buttons” that can be pushed. With some people, these are close to the surface. With others, it takes something about which we are really emotional and deeply passionate about to press our buttons. So, when my buttons are pushed, I can show a different side of myself.

Clearly, the situation with the Airline school newspaper pushed that button.

And almost all of you felt similar as roughly 99% of those that replied to my editorial through our social media sites, email, or phone calls to our office agreed with the point I was making in my column about this being a tragic sign of the times in which we live.

I heard from a lot of people, some who I know and many more whom I do not know. Most of the replies were local, but others also ranged from as far away as California, Virginia, and Washington, D.C. At this, I am simply amazed, to say the least.

However, I totally did not expect what happened last week. When BPT Editor Sean Green published my Dec. 11 print column on our website and Facebook page, it absolutely blew up.

Before we knew it, there were numerous comments and shares on our Facebook page, along with countless email messages. Additionally, I was contacted by local TV stations KSLA and KTBS to do interviews based upon my opinion column. And, the KEEL radio station asked me to do a live phone interview last Thursday.

I had absolutely no intention of my column eliciting such a response. This was nowhere on my radar when I wrote the column. And again, such publicity was not my intention.

As I said in all interviews, my column is my opinion, it was the main feature of our Opinion/Editorial page. This is not a news story written by me or our BPT news staff.

The overwhelming reaction to my column from last week shows me that the power of the pen is still strong, which is encouraging for our industry, and backs up what I’ve always said about the relevance of newspapers in today’s digital age.

However, please be assured that I, and our staff, use this power both carefully and cautiously in the news and opinions we bring you each week.

Honestly, I have felt a little uncomfortable with the stir my column caused last week. But once again, I have no regrets. I feel that I did the right thing in expressing my opinion as I did. And, as I said in last week’s column, I totally, 100% support and agree with the Bossier Parish School Board’s decision to not allow the Airline High School newspaper’s front page to be printed as originally submitted. In this situation, they had no choice but to do what they did. I made this clear in my column from last week, and I tried to make this clear in all interviews and publicity in which I was asked to participate last week.

If I was overwhelmed by the interest in my opinion column from last week, I know that I caused some undue publicity directed towards our Bossier Parish School System in view of the subject matter I brought forth. For this, I am sincerely sorry and apologize. My intention was not to put any unneeded heat on them with what has been a very turbulent and controversial topic already.

My opinion is just that: MY opinion. And, we are all entitled to them. As such, I am always willing and open to listening to the opinions of others, as is our entire BPT staff. That said, if anyone in our readership wants to express their opinions on this, or any other subject, that pushes their “buttons,” we welcome it. We love Letters To The Editor and hope that we get at least one per week. It lets the community know that the power of the pen isn’t contained to only us.

So, how do you feel? Do you have any thoughts? Did this push your buttons? If so, let us know how you feel. Email any thoughts you have for publication to newsroom@bossierpress.com.