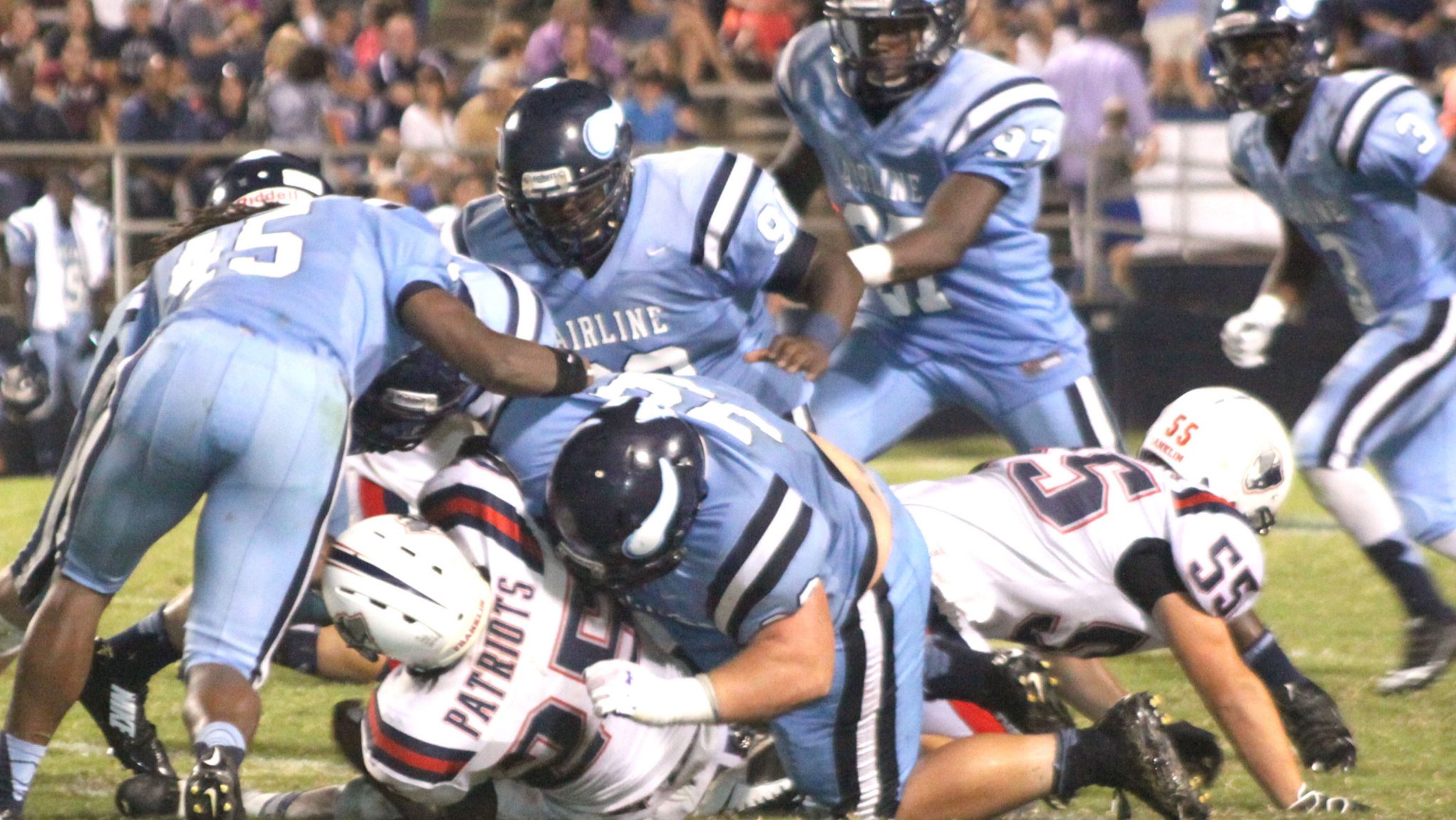 The Airline Vikings put together another strong defensive performance in a 28-14 victory over the Franklin Parish Patriots Friday night at Airline Stadium.

The Vikings (2-1) held the Patriots to 166 total yards. Franklin Parish (1-2) took a 7-0 lead in the first quarter, but the Patriots didn’t score again until the final minute of the game.

Airline’s first-team defense has given up just two touchdowns in three games.

“For the third straight week they really got after them,” Airline coach Bo Meeks said. “We knew all week that we were going to be in for a challenge physically on both sides of the ball, and we really did a good job defensively establishing the line of scrimmage. I was really, really proud of that.”

Airline’s Shuncee Thomas scored the first of his three touchdowns on a 7-yard run at the end of an 11-play drive in the second quarter. Nathan Naranjo’s first of four PATS tied the game at 7.

That’s how the first half ended. Airline took control in the third quarter as Thomas and Brian Fielding scored rushing touchdowns.

Junior Thomas McKain replaced starter Noah Hildebrand in the second quarter and led the Vikings to all four of their touchdowns.

Airline stuck mostly with its ground game, but McKain did have a couple of big completions to Cameron Howell and Jake Engelke.

The Vikings rolled up 213 rushing yards. Thomas gained 63 yards on 17 carries, and Fielding had 60 on eight. McKain had 57 on five carries.

“It was a good opportunity to see a veer before next week,” Meeks said. “They have a little different style than West Monroe, but at least it was a good, physical team to help us prepare for next week.”