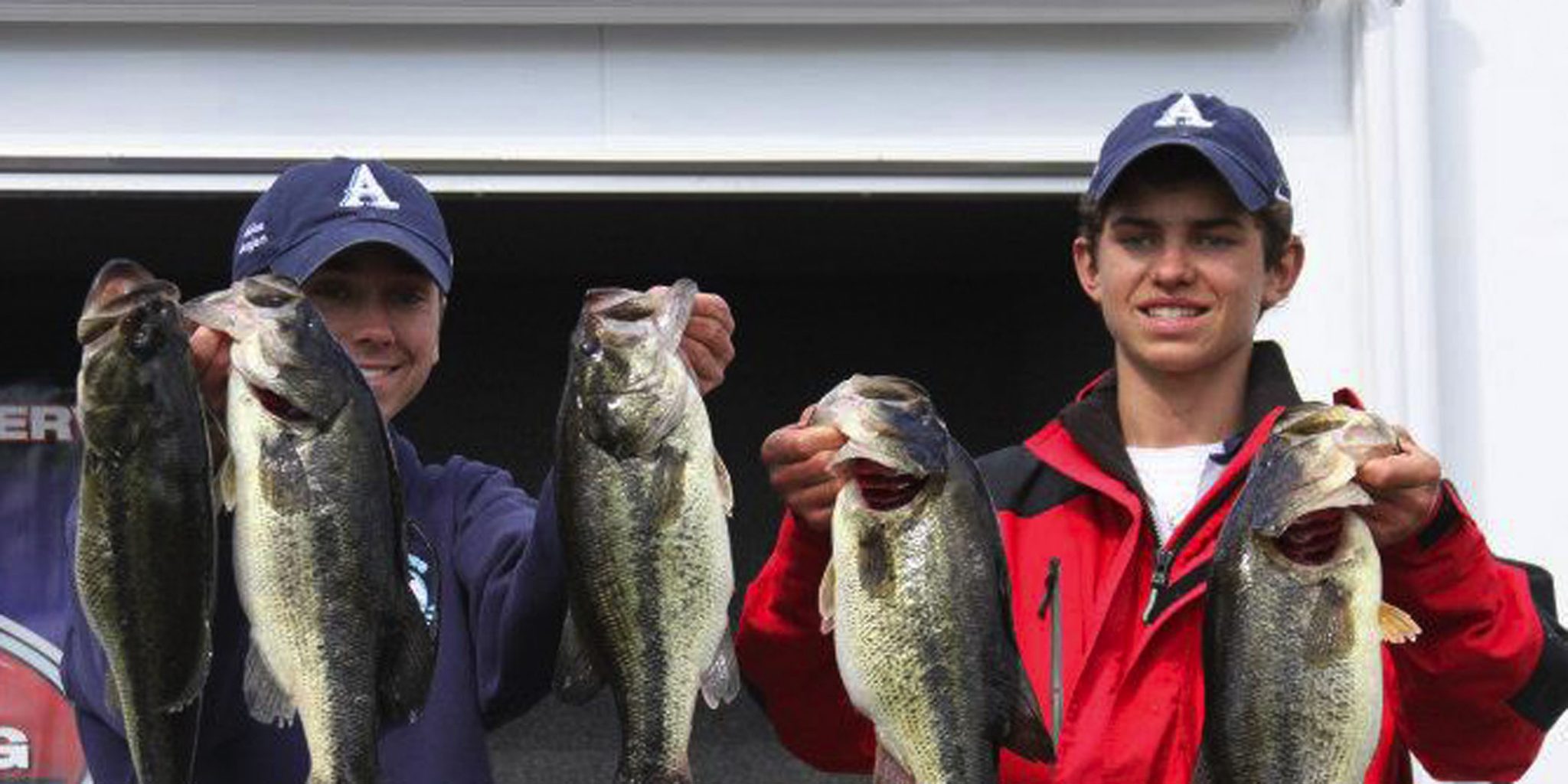 Mattison and Poulsen had a bit of a tough day on the deep and clear lake surrounded by mountains, bringing in two fish weighing 3 pounds, 10 ounces.

Shane Edgar and Frankie Mueller of O’Connor High School in Phoenix took home the top prize of $10,000 in scholarship money with a five-fish limit weighing 9-13.

The high school event was held in conjunction with an FLW Tour event on Lake Hartwell and the FLW College Fishing National Championship. The college event was won by the University of Minnesota. Defending champion Louisiana-Monroe finished third.

Mattison and Poulsen, both seniors, made the 14-hour trip to Seneca on March 4 for three and a half days of pre-fishing for the tournament.

The duo earned their way into the nationals by winning the Louisiana High School State Championship a year ago followed by a victory in the Southern Conference Championship last fall on Lake Texoma in Northeast Texas.

Forty-nine state championship teams were pared down to five through conference elimination tournaments.

Louisiana, Minnesota, Connecticut, South Carolina and Arizona competed at nationals. According to a press release, the field will be expanded to at least 20 boats next year.

Last month, Mattison and Poulsen got the chance to fish against FLW pros Scott Martin and Tony Castledine on Caddo Lake for Martin’s Scott Martin Challenge television show. The show will air on the NBC sports network next month.

Martin, who was impressed with the area when he was here for the FLW Forrest Wood Cup last August, is helping FLW promote high school and college fishing.

He finished 47th in the co-angler division in the BASS Opens Tour’s BASS Southern Open Qualifier on Lewis Smith Lake in Jasper, Ala., last week.

Kimbrough fared much better in the Qualifier on Lake Tohopekaliga in Kissimmee, Fla., in January, finishing 19th.

Do you have an outdoors article and/or photo you would like to submit for publication or an idea for a story? If so, please send them to rhedges@bossierpress.com with a contact phone number.

Russell Hedges is the ports editor of the Bossier Press-Tribune. You can contact him by e-mail at rhedges@bossierpress. com