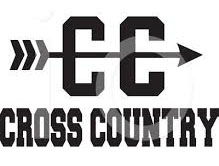 The event was held on a European-style four-lap course with a hay bale jump each lap.

The Airline girls scored 33 points, edging runner-up Choudrant by a point. The boys scored 42 points. West Monroe was second with 57.

The Lady Vikings had three of the top four finishers. Maya Randle was third in 22:04 and Bethanie Dunn fourth in 22:12.

Kaleb Sahlie led the Airline boys with a third-place finish in 17:58. Nathan Anderson of Choudrant won in 17:29. West Monroe’s Kasey Tinnerello was runner-up in 17:35.