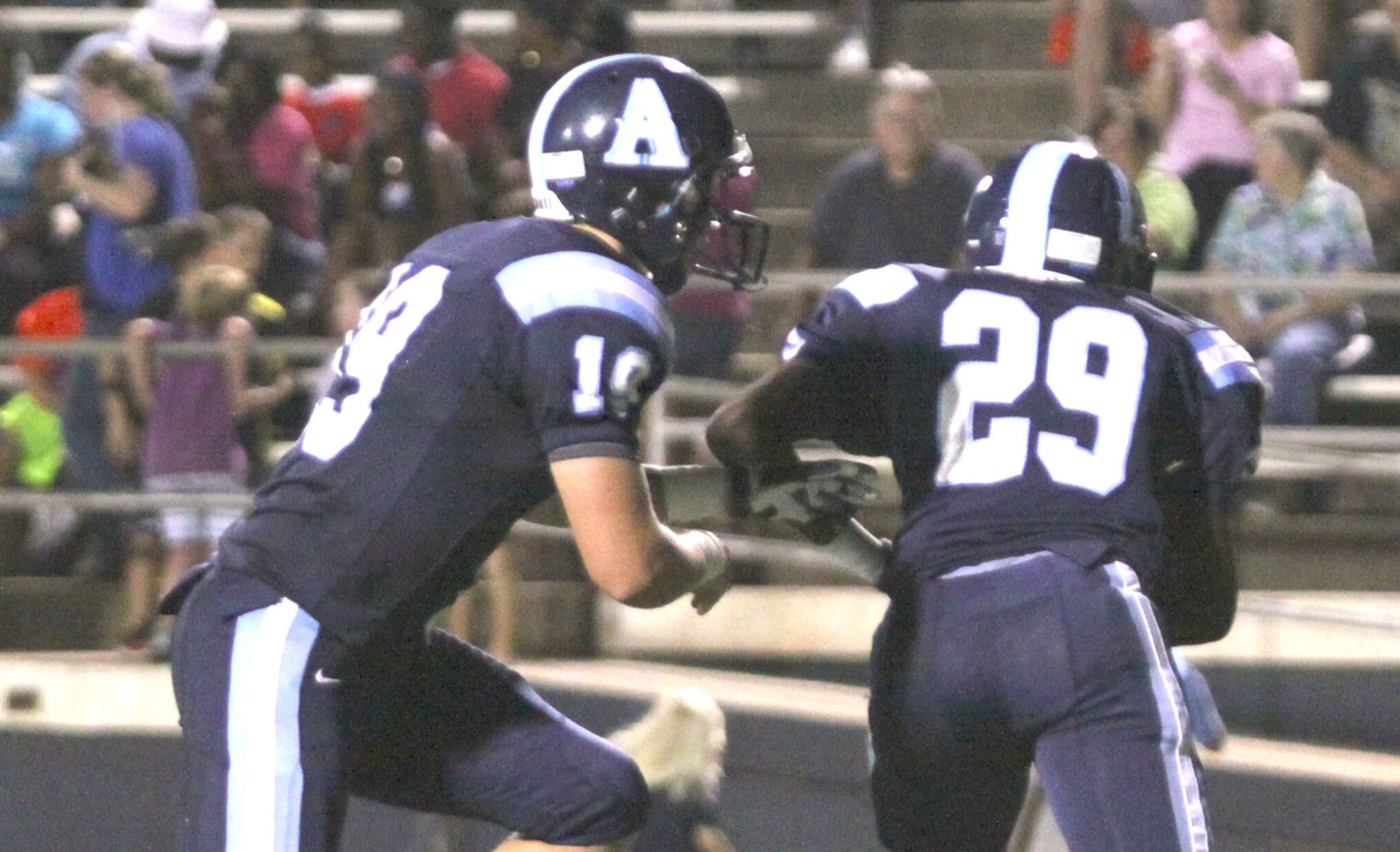 Airline’s defensive line may not have been auditioning for a job in the Bossier backfield Friday night, but that’s where they spent much of their time.

Half of Bossier’s 36 plays from scrimmage resulted in either a loss or no gain as the Class 3A Bearkats were outmanned by the Class 5A Vikings 46-0 in the season opener for both teams at Airline Stadium.

“We knew Airline had a good team and was really tough on defense,” said Bossier Coach Mike Concillio. “Our players were shocked at first when reality hit them.”

For the game, Bossier netted just 44 yards of offense, lost four turnovers and had a punt partially blocked. Other than an opening drive goal-line stand by the Bearkats that forced a field goal, Airline marched down the field most of the night running with authority and passing infrequently but effectively.

“We dominated the line of scrimmage on both sides of the ball,” said Airline coach Bo Meeks.

Last season, with a veteran quarterback, Airline relied heavily on the passing game, particularly after top running back Roderick Spurlock was lost due to injury. But with Spurlock back this season and a new quarterback, Chase Rivers, at the helm, the Vikings ran almost every play while Rivers connected on all five of his passes.

The Vikings ran 34 times for 188 yards and added 57 more by air. Spurlock was the leading rusher with 68 yards on 11 attempts

Airline took the opening kickoff from its 15 and marched to the Bossier 11 before the drive stalled. A 33-yard field goal at the 6:18 mark gave the Vikings a 3-0 lead.

The next two possessions were a disaster for the Bearkats. Airline’s Brynden Vance recovered a Bossier fumble at the Bearkats 10, and the Vikings converted it into a 10-0 lead with Rivers following Spurlock up the middle. Then a Bossier interception late in the quarter set up a 4-yard Spurlock touchdown run.

Such was Airline’s fortunes that a fumble on the 2-point conversion was recovered by the Vikings in the endzone for an 18-0 lead.

“You can’t win with turnovers in the red zone,” Concillio said.

In the second quarter, Bossier used a fake punt to keep a drive alive but eventually had to punt, but it was partially blocked. One of the few bright spots for the Bearkats came when Darious Leary recovered a fumble and returned it to the Airline 13, where Rivers made a touchdown-saving tackle.

But, three plays later, Airline’s Darren Cooper intercepted a Bossier pass and returned it 75 yards for a 25-0 Viking lead.

“The interception return for a touchdown was huge as far as keeping momentum in our favor,” Meeks said.

Bossier’s first play from scrimmage in the second half was a fumble at its 22, giving Airline a short field which was parlayed into a touchdown and a 32-0 lead at the 9:10 mark in the third quarter. The Bearkats were forced to punt from deep in their territory on their next possession.