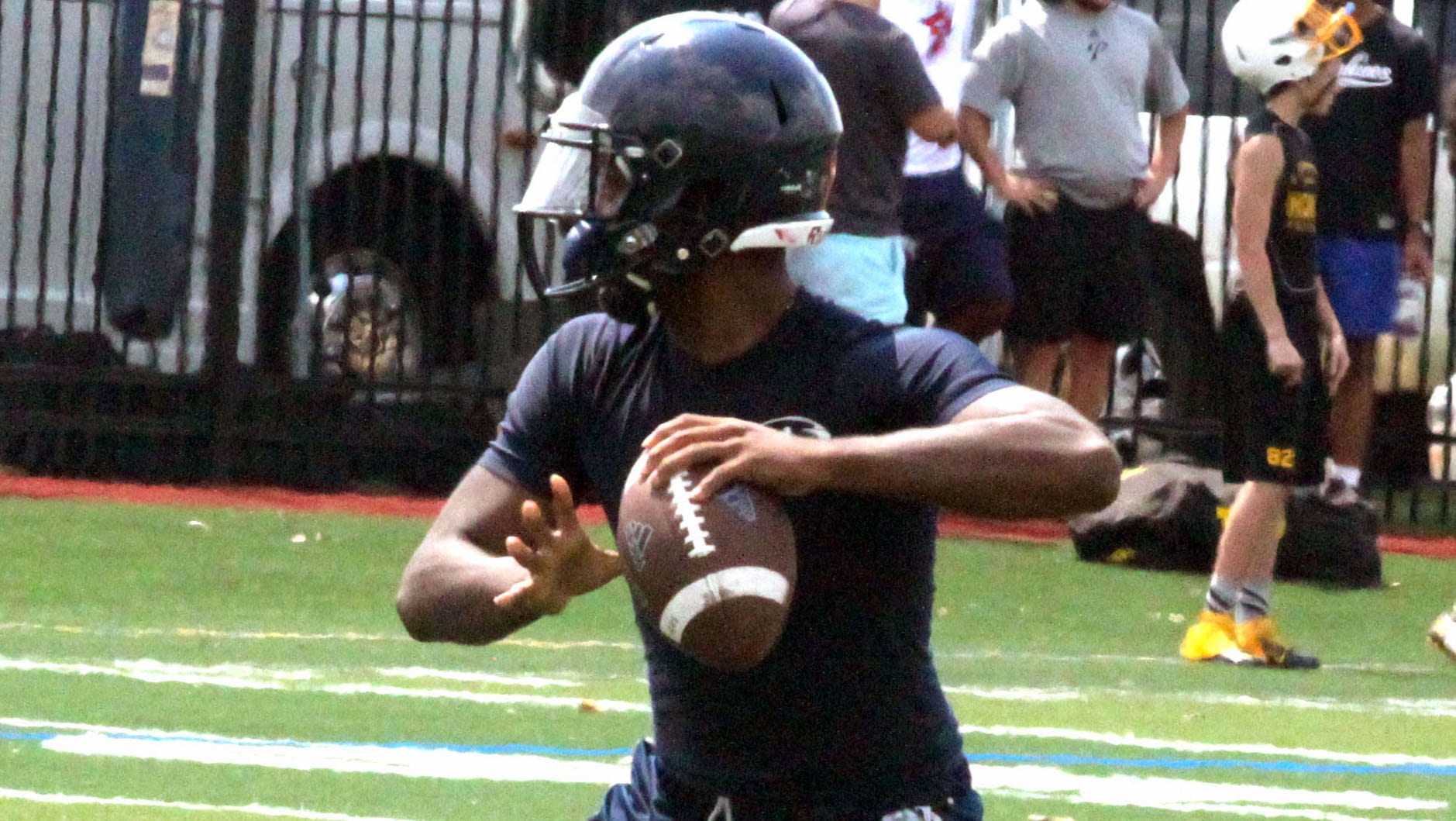 The Airline Vikings started slow but finished with a flourish in the Zaxby’s Airline 7-on-7 Football Tournament on Friday at Freedom Fields.

Airline got off to a 0-3 start in pool play in the morning. But the Vikings rallied in the afternoon single-elimination tournament, defeating Logansport in the quarterfinals and Ouachita Parish in the semifinals.

“The first thing is we were just pleased with how well the whole day went as far as the tournament itself, the competition with the great schools that chose to come” Airline coach Bo Meeks said. “We’re really grateful for them in just making it a great event. That was the first thing we were excited about.

“To be able to win, especially after starting the day 0-3, was really exciting, especially for our kids.”

Meeks said the Vikings made a lot of mistakes against some very good competition early.
“We were making the same mistakes over and over and we talked about correcting mistakes, and as the day went on we started correcting those mistakes and making plays,” he said. “I’m just proud of the way our kids fought and it ended up being a great day.”

Meeks said quarterback Tarik Demery, like the rest of the players, cut down on his mistakes and grew more confident.

“He did a great job of making plays as the day went on,” Meeks said. “The receivers stepped up and the defense started locking people down. It was fun to watch. We were pleased with everybody.”

Temperatures reached 90 by mid-morning and there was a cloudless sky in the afternoon during the single-elimination format.

Meeks thought everyone involved did a good job of dealing with the heat.

“I think that’s one of the things that gets overshadowed with a day like that,” he said. “It requires mental toughness. You’re not playing football in pads and you’re not banging against each other, but the mental toughness required pushing your body through the heat and doing the things you have to do to be successful — it’s a challenge.”

Friday’s tournament was the second one Airline has hosted. And like last year’s, it ran smoothly.

Meeks said that much of the credit goes to Airline athletic director Ronnie Coker and assistant coach Seth Stowell.

He also praised the work of the Airline Football Booster Club and the many volunteers who spent their day making the tournament successful.

“I’m really, really proud of our kids and the coaches and all the people that helped put on the day yesterday,” he said “It’s a long, grueling day.”