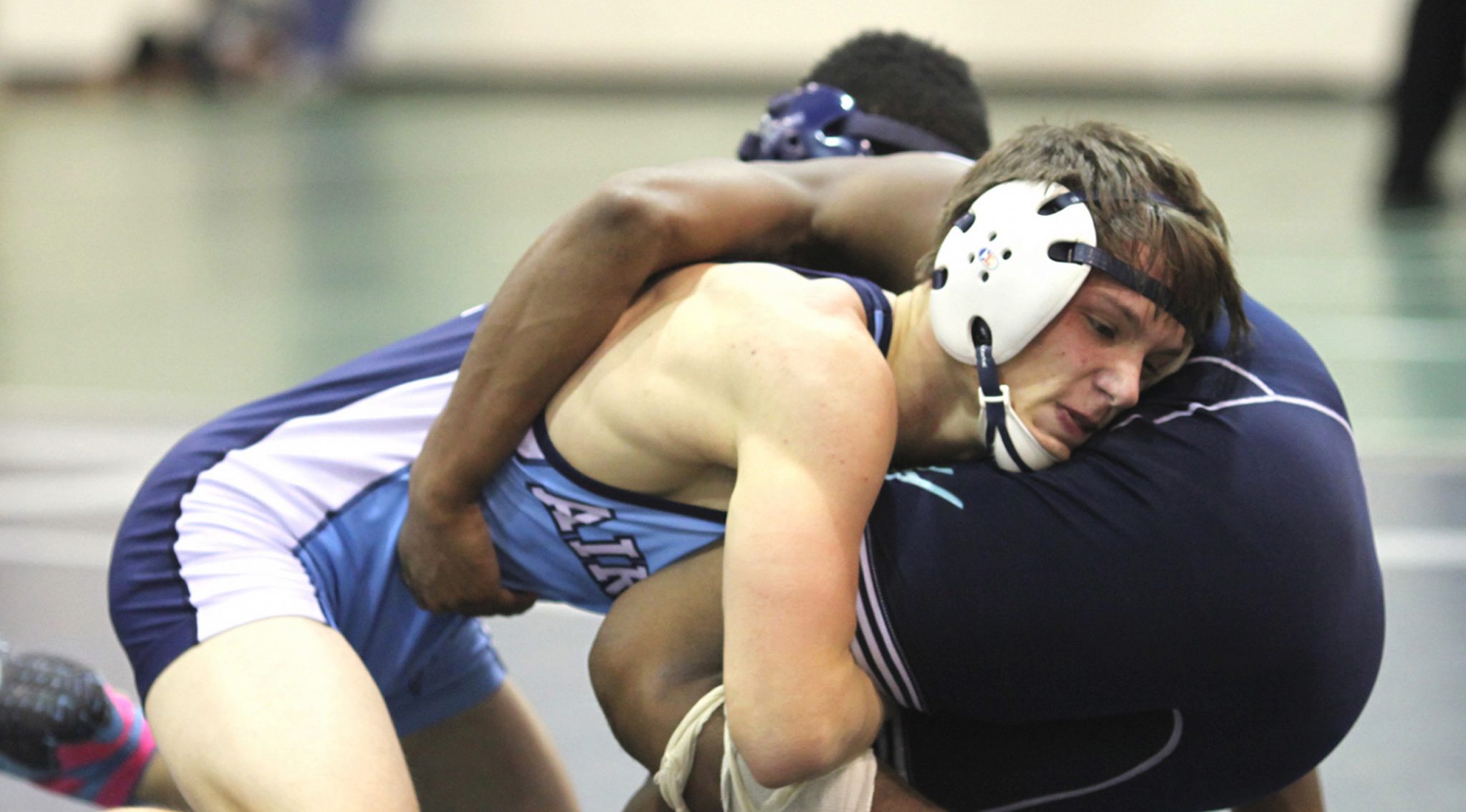 Airline wrestling coach Joey Burton didn’t have to think long when asked the reason for the Vikings’ success on the mat this season.

“It’s the kids who came through the feeder program,” Burton said. “There’s a handful of them that have wrestled since they were 4 or 5 or 6, however old they started.

“Basically we graduated three kids in the last two years so it’s the same group that were freshmen two years ago still wrestling. We really haven’t lost anything.”

The Vikings are undefeated against local competition with their closest match a 40-28 victory over Parkway.

Airline has also won two tournaments, its own and the Huntington Invitational.

The Vikings did suffer some losses in the Louisiana National Guard Deep South Bayou Duals held Dec. 27-28 at the Baton Rouge River Center.

The Bayou Duals featured 44 high schools from nine states, including most of the best from Louisiana.

The Vikings have gotten a boost this season from the return of Harrison Hooper. The team captain took a break from the sport last season but decided to return for his senior season.

Hooper, who wrestles in the 170-pound class, was named the Outstanding Wrester in the upper weight divisions in the Airline and Huntington tournaments.

Hooper won a Division III state title as an eighth-grader at Calvary Baptist before coming to Airline.

Burton said Hooper put a lot of pressure on himself to excel in the past, and he’s just enjoying the process more this season.

Christian Walden, a freshman who wrestles at the 126-pound level, has also given the team a spark.

Walden, the son of assistant coach John Walden, was named Outstanding Wrestler in the lower divisions in the Airline tournament.

Sophomore Keegan Gilligan has also been a standout. Wrestling in either the 182- or 195- pound divisions, Gilligan is 16-1 with his only loss coming against a senior in the higher weight class.

The key to a successful program is getting kids involved in the sport at an early age, Burton said.

“They’re eligible at the junior varsity level. So that kind of gives them a leg up. When they step in as freshmen they don’t feel overwhelmed because they’ve already been competing against and wrestling these kids that they’re wrestling for a couple of years.”

The Vikings have several more dual matches and the Ken Cole Invitational in Lafayette before the season’s big events — the regional, parish and state tournaments in February.

“What did you do at the crunch time of your season — your regionals, your state championships? That’s what we stress to them.”