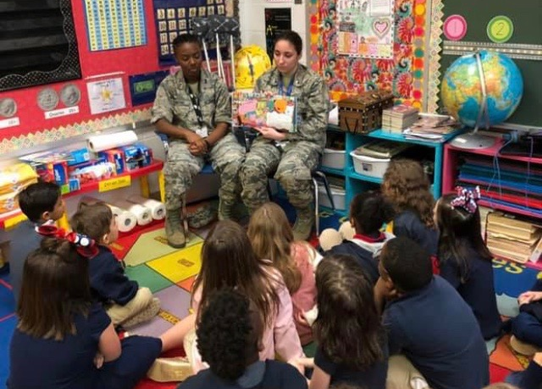 The motto of the AFJROTC is to “Develop citizens of character dedicated to serving their community.” In that spirit, Airline High School AFJROTC cadets took time out of their busy schedule to serve the community by visiting Apollo Elementary, where several visiting cadets also attended elementary school, and read to some first grade students.

You can see more photos below: