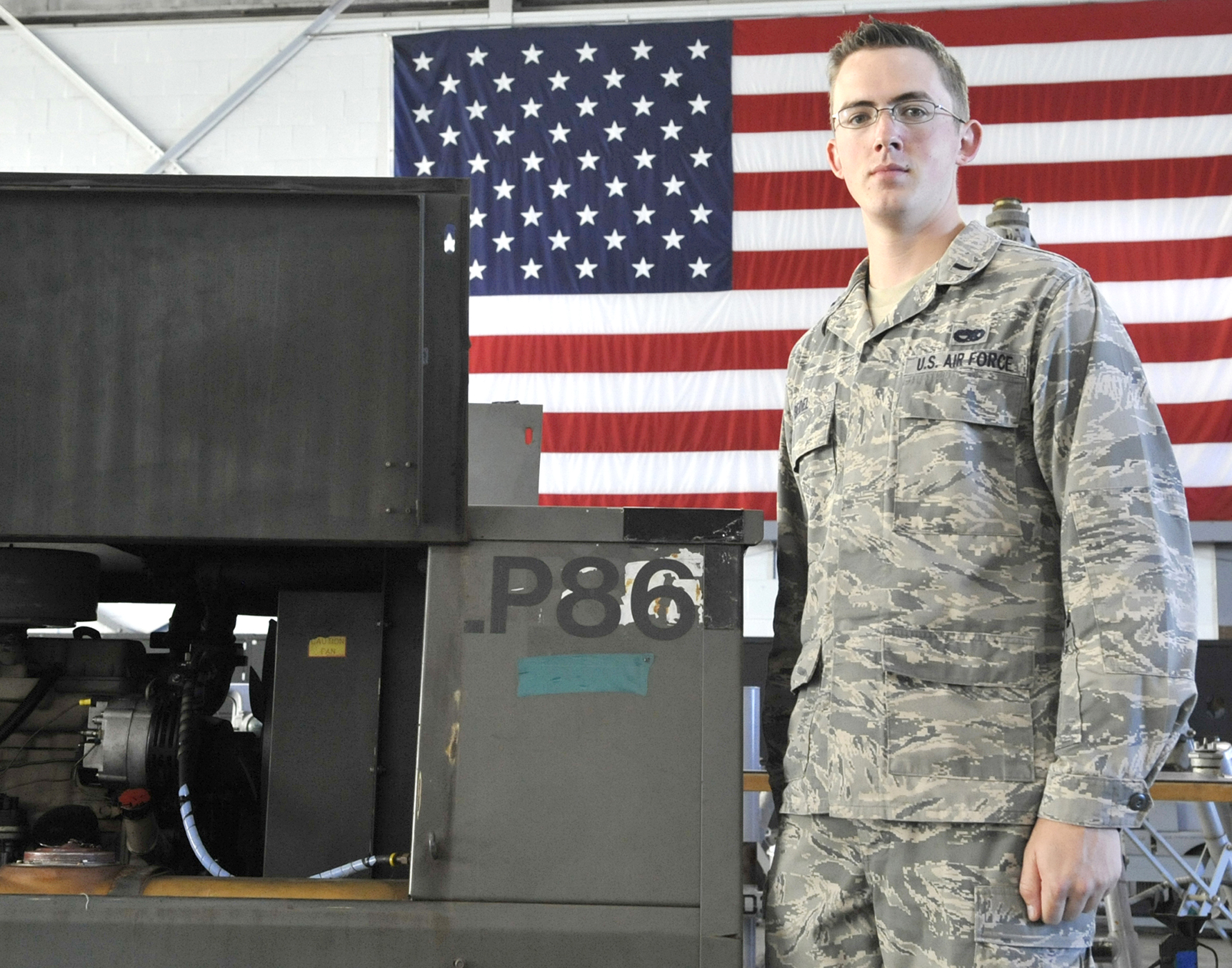 BARKSDALE AIR FORCE BASE — The Air Force’s new vision, “The world’s greatest Air Force powered by Airmen, fueled by innovation,” has resonated through the force in recent months and one Barksdale Airman has taken the message to heart.

1st Lt. Joshua Bedel, 2nd Maintenance Squadron Aerospace Ground Equipment Flight officer in charge, recently leveraged his professional network and created his own opportunity to advance himself personally, when he helped build an internship opportunity from the ground up.

“I’ve always been interested in politico-military affairs,” he said. “So I decided to see if there were any short-term internships available that I could take part in.”

After looking and not finding anything, Bedel chose not to give up and thought about ways to create his own opportunity.

“I started talking to people I knew from my Air Force ROTC Detachment at Indiana University,” he said. “I already knew one of my mentors, Col. Jeffrey Fischer, was stationed in Austria but I wasn’t sure what he did at the time.”

Fischer, the senior military advisor to the U.S. ambassador to the Organization for Security and Cooperation in Europe, didn’t have internships or similar opportunities available in Vienna, but was open to the idea of working with Bedel to create an opportunity.

“Col. Fischer graciously agreed to put together a week long internship for me, where I would be attending meetings on the Open Skies Treaty, [Strategic Arms Reduction Treaty], meetings with arms control delegates and other military treaties or accords affecting our European partners,” Bedel said. “We literally built this program from the ground up; everything from scheduling the meetings, transportation and lodging. Once we had firm dates set, we coordinated the rest of it.”

Bedel was able to get a permissive temporary duty leave approved in accordance with Air Force Instruction 36-3003, Military Leave Program, and paid for the trip himself. It was an investment he considers well worth it.

“Some of the higher level meetings on arms control were pretty cool,” Bedel said. “I got to speak with one of the original authors of the START, and we had a good discussion about how the treaty is implemented on the end user level and some of the political and military ramifications of the treaty. One of my favorite moments, however, was the Arms Control reception at the U.S. Deputy Chief of Mission’s residence. A lot of important talk happens on the margins.”

Airmen looking to improve themselves professionally and personally don’t necessarily need to be well connected or take Bedel’s approach and seek out high-level opportunities; they can find or create programs a little closer to home.

“A quick Internet search under the DOD approved training sites Defense Acquisition University and Air Force Institute of Technology can reveal many training programs in the areas of leadership, mentoring, public speaking, business, critical thinking and beyond, all for little to no cost to the user,” said Master Sgt. Marquet Johnson, Barksdale’s career assistance advisor. “Tuition Assistance and the Montgomery GI Bill also have provisions for professional development and will pay all or part of the costs associated with acquiring a professional certification.”

Many civilian educational institutions and professional organizations offer similar opportunities, often including certificates of completion. Bedel doesn’t think that a lack of obvious opportunities should be a barrier to improving oneself.

“If there’s something you’re interested in and can’t find any traditional opportunities out there, make one,” he said. “One of the key aspects which helped me get this opportunity was networking. Col. Fischer was alumni from the 90’s from our ROTC detachment. We’ve kept in contact since I’d been in college, so once I found out he was stationed in Vienna, I reached out to him to see if there was anything I could get my hands on.”

Ultimately, the Air Force puts the responsibility for personal and professional development in the hands of its Airmen. By looking for opportunities, Airmen can more closely align themselves with the Air Force’s vision, and truly fuel change and improvement through innovation.

“There are a lot of traditional and non-traditional programs out there in which to take part,” Bedel said. “You just have to be willing to do a little leg work to find them.”