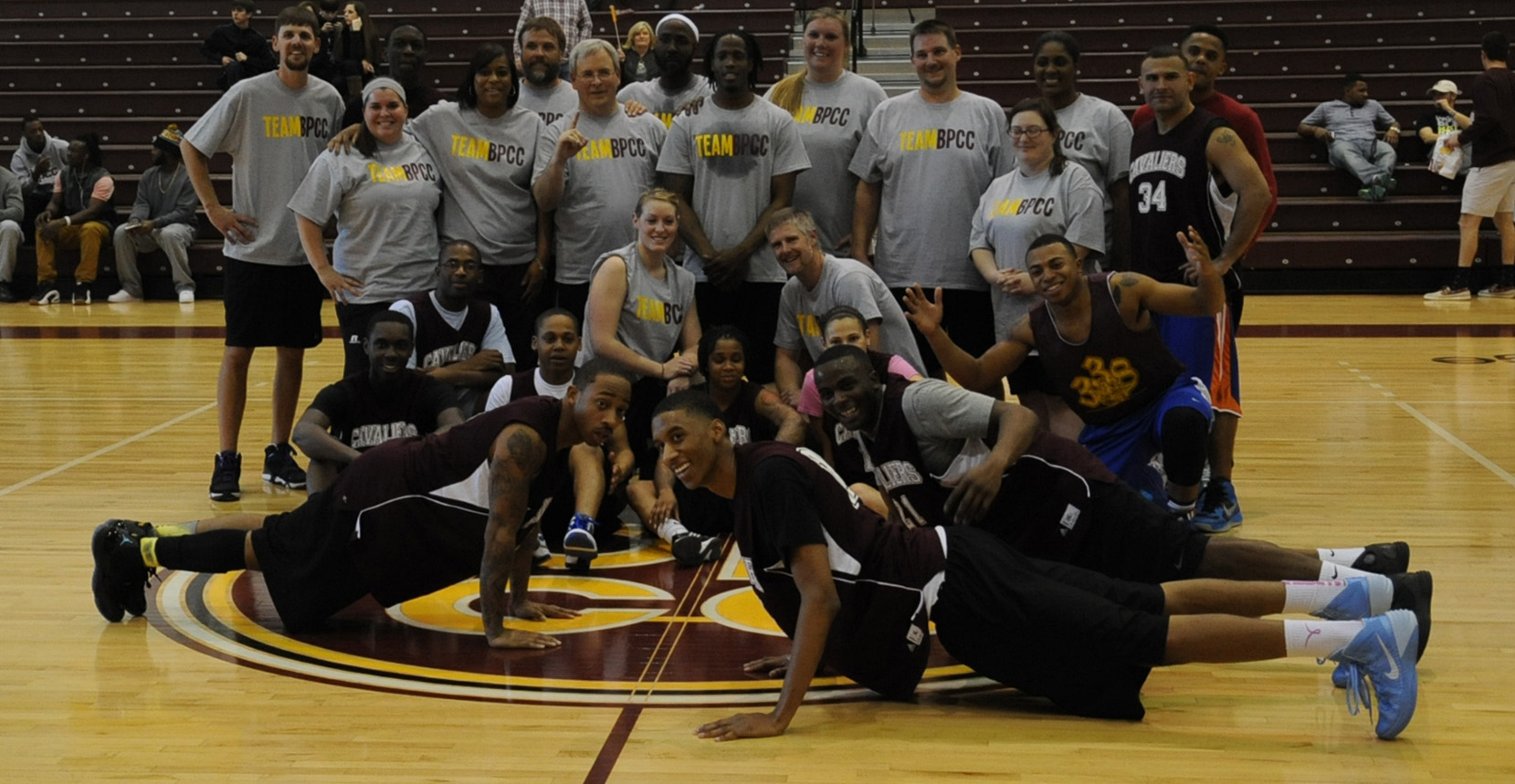 BARKSDALE AIR FORCE BASE — Barksdale Air Force Base Airmen and Bossier Parish Community College faculty and staff stepped onto the hardwood with one common in mind, to come out victorious in their first face-to-face battle.

BPCC started strong and generated a 12-point lead right out of the gate. BAFB retaliated with an 18- point run in the first half.

Each team gave it their all and after two hard fought halves, the game ended in a tie-73-73.

It was a hard fought match and in the end, both teams won.

“This was the first BPCC vs. Barksdale, co-ed basketball game,” said Jim Henderson BPCC chancellor. “We hope this will be an annual event between us.”

The idea to hold a game like this came from the college’s student life department and athletic foundation.

“We thought it would be a great idea to showcase our appreciation for the military and the men and women of Barksdale,” said Henderson.

BPCC is a large supporter of the men and women of Barksdale. This event was one way to show that support.

“BPCC is a military friendly school and take great pride in that,” said Henderson. “That appreciation begins and ends with our relationship with Barksdale. We greatly appreciate what Barksdale does for this community day in and day out.”

The event Saturday was much larger then BPCC had anticipated it to be.

Although this event has happened just once, Henderson would like to have more events like this in the future.

“This event has the potential to turn into something truly special,” said Henderson. “We are very grateful to the leadership at Barksdale for allowing their Airmen to be able to come out and participate in events like this.”

“Myself and the Airmen on the team would like to thank the BPCC faculty and staff for holding an event like this,” said Johnson. “They were wonderful hosts and took great care of us. It showed us the great deal of support we have from our local community.