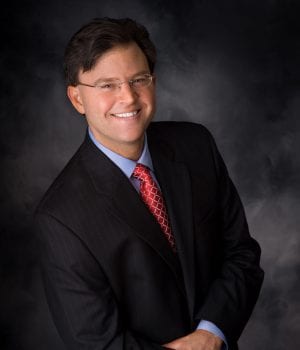 Royal Alexander | Special to the Press-Tribune

While a disconcerting and difficult time for many Americans, the brilliance of our Constitution shines through. How so? For example, Pres. Trump has declared that he has the sole authority to reopen the economy.

However, while he does possess enormous authority and financial leverage by virtue of the massive federal funding and financial incentives he may bring to bear—which the states desperately need—as well as the federal power to regulate interstate commerce, as a constitutional matter the power to reopen the state economies belongs to our governors.

The source of this authority is state “police powers” inherent in each state’s sovereignty, including the power to establish and enforce laws protecting the welfare, safety and health of the public. (I am proud of the president for emphasizing the importance of deference to the governors/states as our system of co-federalism requires).

Our Constitution grants only specific, limited, enumerated powers to the federal government; all other power is reserved to the states and to the people per the 10th Amendment. What other constitutional liberties are prominently in play right now?Public Service Announcement

Certainly the 2nd Amendment’s individual and collective right to keep and bear arms; the 1st Amendment affords several powerful rights including free press, speech and expression, and assembly and association, as we gather and speak out in opposition, for example, to the continued stay-at-home lockdown orders in many states–i.e. petitioning our government for a redress of grievances; the 1st Amendment’s protection of free exercise of religion makes the closing of and/or hindering of church attendance illegal; the 4th Amendment’s guarantee against “unreasonable searches and seizures” is also at issue regarding whether the government, for example, may track an individual’s cell phone to monitor whether citizens are adhering to the stay-at-home order; further, Article IV provides a citizen of one state, like Louisiana, who is temporarily visiting another state, like Texas, the same “privileges and immunities” enjoyed by citizens of Texas.

The only legitimate government derives its authority from our consent, and that consent is only given to a government that vigorously protects the freedoms and liberties enshrined in our Constitution.

Royal Alexander is a Shreveport attorney.