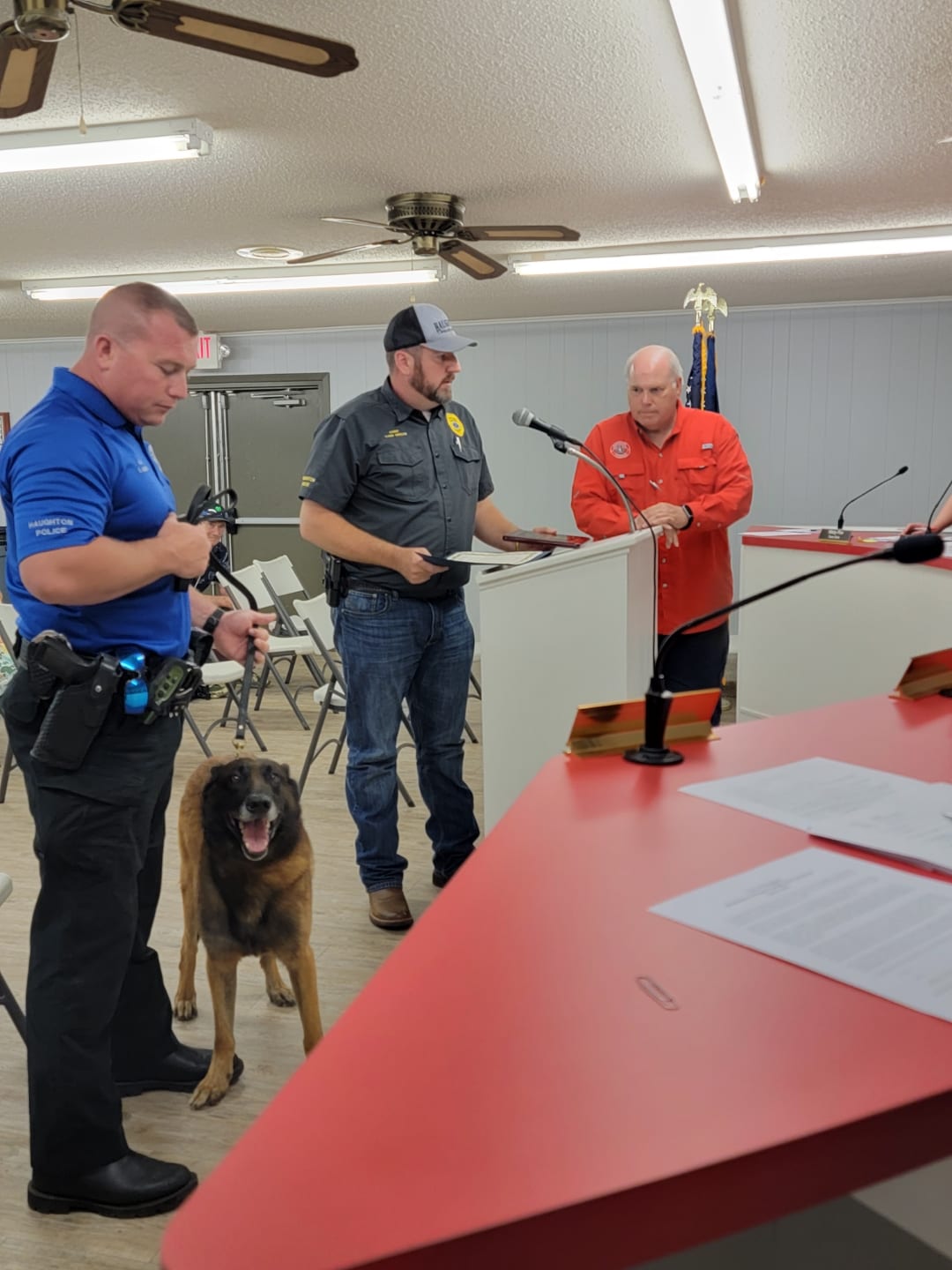 The proclamation was in recognition of Officer Kennon’s attention to detail, service to the Town of Haughton, and assisting other local and state law enforcement agencies with an incident that occurred on April 30, 2021.

“Had it not been for Officer. Kennon’s keen awareness by taking note of the BOLO (Be On The Lookout) issued, as well as noticing that the individuals involved with the traffic stop matched the description detailed by the BOLO, there is no telling what could have happened to the abducted child. Officer Kennon’s “attention to detail” could have very well saved this child’s life. Officer Kennon is indeed a great asset to the Haughton Police Department, as well as to the citizens of Haughton. I am honored to work with Officer Kennon,” said Todd Gibson, Haughton Chief of Police.

On April 30th, 2021 at approximately 04:30, Officer Kennon (and K9 Foley) was called to assist a Louisiana State Trooper on a traffic stop on I-20 Eastbound at Exit 33 for officer safety precautions due to a male passenger in the vehicle attempting to exit the vehicle while the trooper was speaking with the driver of the vehicle.

Officer Kennon contacted dispatch and confirmed that the individuals stopped were the individuals involved with the BOLO. Officers then contacted the law enforcement agency in California that issued the BOLO and confirmed that the child had been abducted by his father (who had no parental rights to the child and was traveling to Mississippi with the child).
Officers then placed both subjects in custody and took custody of the abducted child without incident.

The BOLO also stated that the adult males were in possession of illegal narcotics. At the request of the Louisiana State Police, Officer Kennon deployed K9 Foley for an “Open Air Sniff” outside of the vehicle after the driver denied consent to search the vehicle. K9 Foley detected an odor of narcotics coming from the vehicle.

Troopers then searched the vehicle and located approximately two pounds of suspected crystal methamphetamine inside the vehicle. Both male subjects were subsequently arrested by LSP (Louisiana State Police) and the abducted child was secured by LSP to be reunited with his family.