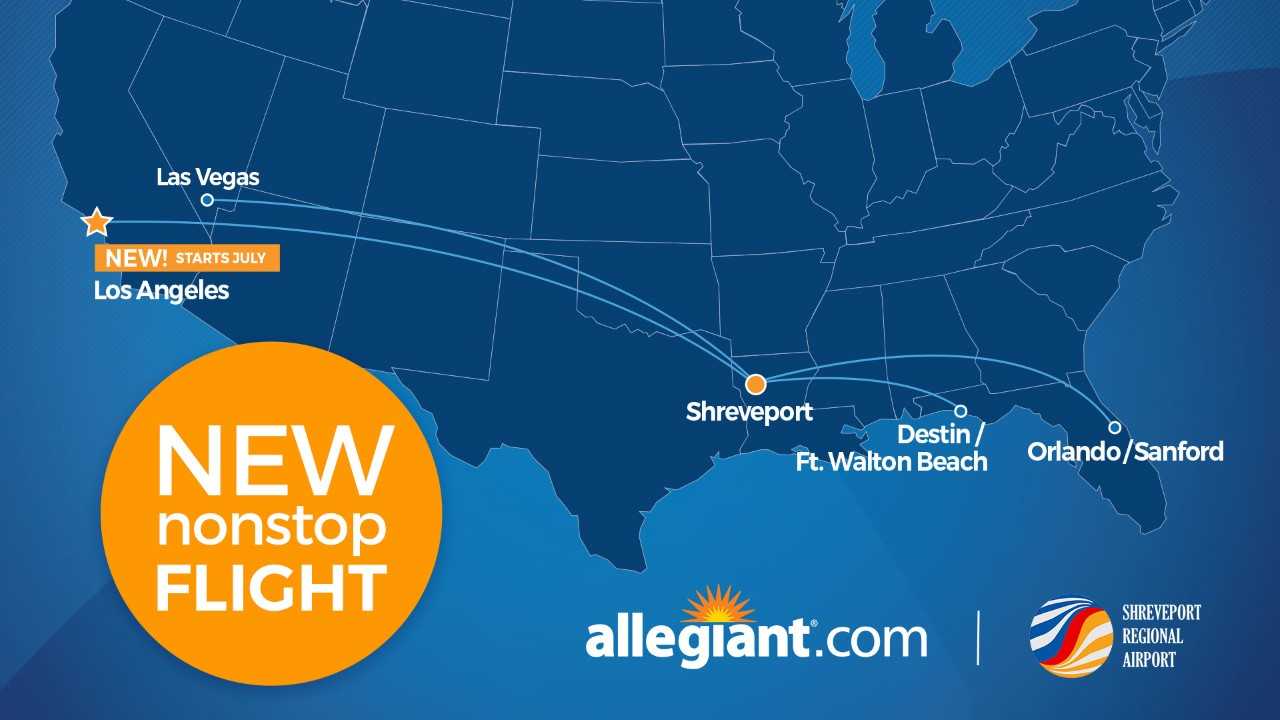 For the first time in Shreveport Regional Airport’s 68-year history, Ark-La-Tex residents will be able to fly non-stop to Los Angeles, California. Allegiant Air will be offering summer service to LAX airport in Los Angeles. The twice-weekly
service will operate on Mondays and Fridays beginning Friday, July 2, 2021, through Monday, August 16, 2021.

“The addition of Allegiant’s Los Angeles seasonal service is a great opportunity for the traveling public at a great price!” said Wade A. Davis, Shreveport Airport Authority’s Director of Airports, “The new Allegiant LAX flight is our eighth nonstop destination, and thanks to our wonderful partnership with Allegiant, the fourth city with Allegiant.”

“We are thankful to Allegiant and airport staff for adding this new destination on our route map,” said Jonathan Reynolds, Chairman of the Board for the Shreveport Airport Authority. “We encourage the residents of the Ark-La-Tex to
support this new non-stop route!”