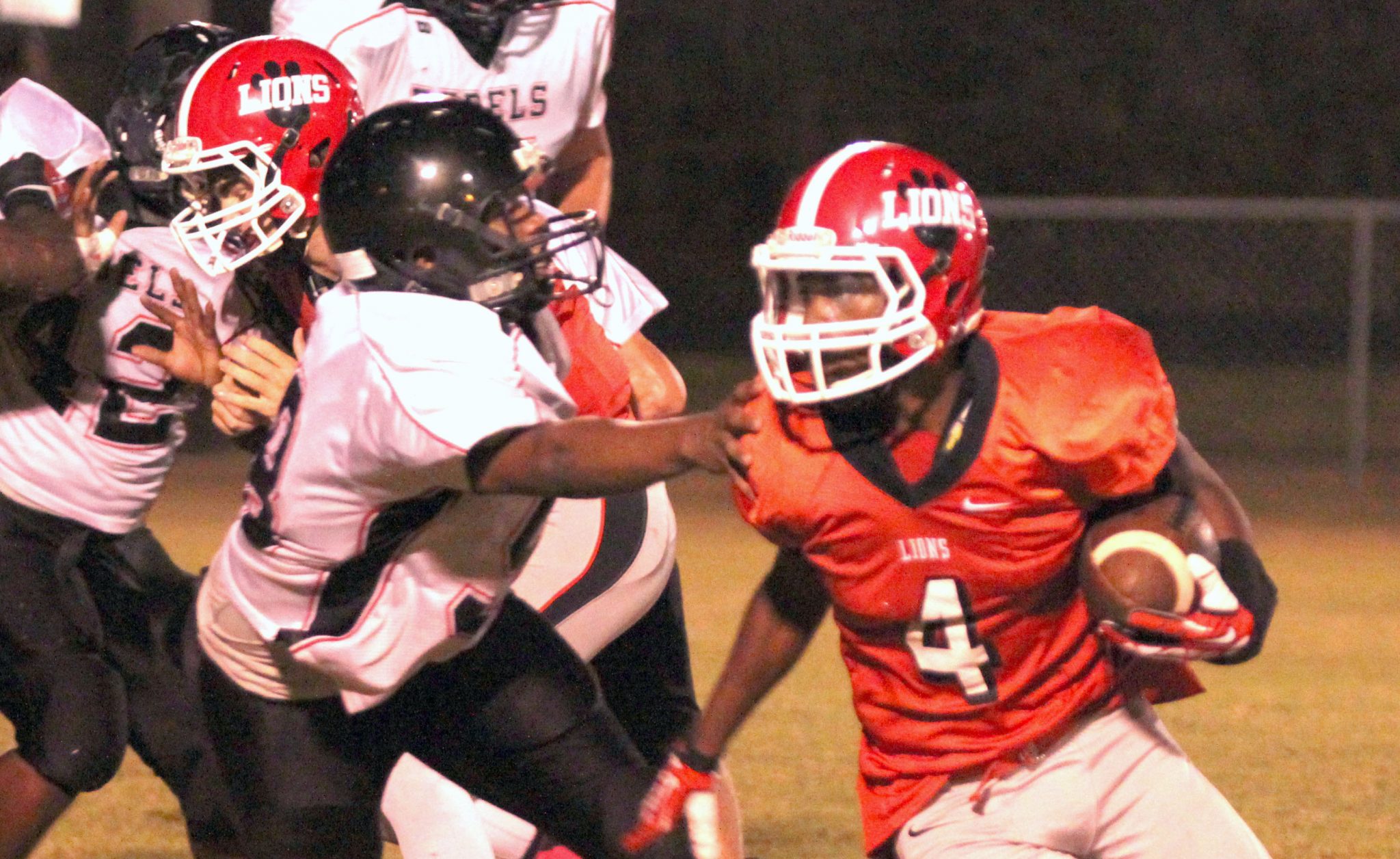 It was quite a night for Plain Dealing senior Logan Allen.

The Lions quarterback tossed four touchdown passes in a 44-0 non-district rout of the North Caddo Rebels in Plain Dealing. At halftime, he was crowned Homecoming king.

“Logan looked probably the best he’s looked all year tonight just as far as his reads and his progressions,” Haughton coach Coy Brotherton said. “We used the pass to set up the run. I was pretty happy with that.

Benton’s only loss was a 7-6 setback to Benton in Week 3. “We’re a point away,” Brotherton said. “We’re kind of happy where we are going into district. We’re healthy, so that’s a plus.”

The Lions had a bit of a slow start before turning the game into a rout in the second quarter.

Allen and Desean Morris hooked up on an 80-yard pass for the only score of the first quarter.

In the second quarter, Allen found a wide open Isaac Jacobs for a 30-yard TD. Allen and Jacobs hooked up again for a long gain that set up Morris’ 3-yard run for a touchdown.

With just 15 seconds in the half, Allen rolled right and fired a pass to DeAndre Coleman, who made a nice catch in the right front corner of the end zone for the TD, giving the Lions a 26-0 lead.

The Plain Dealing defense got in the act in the second half when Herbert McCauley picked up a fumble and sprinted 50 yards for a score.