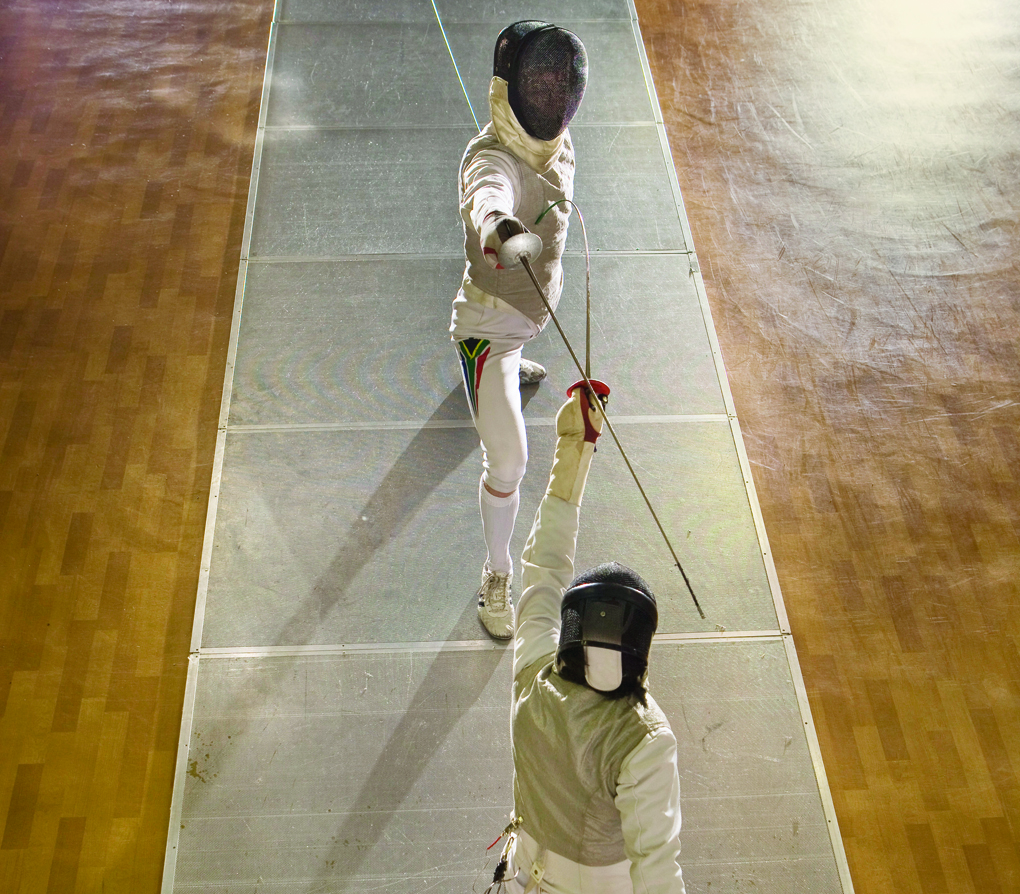 Story by Sydney Bonner, Special to the Press-Tribune

The moment was here, it all boiled down to this. Two years of experience was all or nothing at this point.

Sabre in hand, Jarrod Tauzin, sophomore at Parkway High School, was eye to eye with one of the best fencers in the state. He saluted his opponent as well as the audience. The two fencers had found themselves in overtime and were becoming weary of the upright stance they had been holding fiercely for hours it seemed.

Tauzin suddenly felt himself relax and knew the moment was his. He won a bronze medal at the Louisiana State Championship Qualifier and a spot in the 2014 Junior Olympic Fencing Championships.

“What a vibrant, wonderful student to work with—not just in fencing terms, but him and his family were wonderful to work with.” said Coach Andy Shaw after sharing the experience of Tauzin’s victory.

Around two years ago, a friend of Tauzin’s asked him to attend the Fairfield Avenue School of Fencing in Shreveport to give it a stab.

Little did Tauzin know, training with owner and coach, Andy Shaw, would be his golden ticket to get him into the 2014 Junior Olympic Fencing Championships. 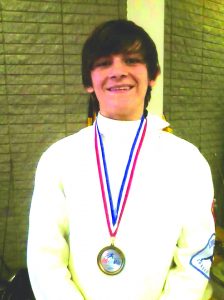 Competitive fencing is one of the five divisions of the modern Olympic Games along with athletics, swimming, cycling, and gymnastics. The three weapons used in fencing are a foil, sabre, and an epee.

Tauzin admits that his favorite weapon of choice is the epee since it gives access to the whole body.

How does Tauzin make time to fence whenever he attends soccer practice on a regular basis?

“To me, soccer is more of team effort whereas fencing is all about your ability and what you can do versus your opponent.” Tauzin said. “The competitiveness of the sport and the fact that I can be aggressive makes it exciting.”

Tauzin’s favorite fencing stance is the “prene,” which he describes as the opponent coming at you like a bull and then you quickly step aside while raising your sword.

Without the teachings of his coach, Andy Shaw, Tauzin may still be giving all his attention to the soccer field.

Shaw grew up in busy midtown Manhattan in 1950, where ironically enough he lived next door to fencing Olympian Edward Vebell that connected him to Csaba Elthes, the Olympic coach who taught competitive fencing at Giorgio Santelli’s club in Greenwich Village.

What became a few practices advanced into hours and years of hard work and passion for the sport, which led to many doors of opportunity for Shaw.

From award winning tournaments in high school to college scholarship offers, Shaw gave the sport his everything. Shaw attended Temple University where he was captain of the fencing team for 2 years that lead the team to win 4 consecutive Middle Atlantic Conference titles as well as teaching fencing professionally at colleges.

Shaw also held an interest with acting and stage combat, which led him to become a referee travelling around the country and judging competitions. Once Shaw received another opportunity from Fencing Master Ted Katzoff, founder of the Westside Fencing Center in Los Angeles, he realized that he was becoming nationally recognized around the country.

In the 1990s, Shaw was asked to become the United States Fencing Association’s Official Historian and was considered to be the best known and most-utilized fencing figure in the country.

“Coach Shaw has taught me everything I know and is also one of the nicest men and I have ever met.” Tauzin said. “He has been a role model for me through this experience.”

Tauzin is expected to practice twice a week and gradually more often as the competition approaches in February.

Tauzin’s mother, April Tauzin, admits that he practices a lot at home and is short and solid muscle.

“I’m very excited for him, very proud, and do not care how he does out there and long as he gives it 100 percent.” April said.

“Jarrod is naturally athletic, has an overall positive attitude for learning, very open minded, quick, upbeat, and intelligent to say the least.” Shaw said. “Because he also plays another sport, this makes it not as easy for him.”

Shaw explained that in some parts of the United States, students are practicing up to 30 hours a week for the competition.

“I feel that Jarrod is in an unusual position—I mean, how many people do you actually know who have this opportunity?” Shaw said.

“Even if he does not win the competition, he will receive national recognition that could lead him to many future academic opportunities.”

The tournament will be held in Portland Oregon on February 14-17, 2014 and will consist of around 200 participants with competitive backgrounds in extensive clubs and large cities.

“My advice for Jarrod is to follow his instincts during the competition and to most importantly, to be himself.” Shaw said.

Shaw also is in charge of the Museum of American Fencing and the US Fencing Hall of Fame, which are located within the Fairfield School of Fencing.

Picture records of well-known fencing stars memorabilia dated back to the 1700s with antiques hanging from the ceiling and even a jacket from the Olympics, Tauzin adds.

Inductions are held each year from the USFA Summer National Championships in the Hall of Fame where awards are presented by Shaw.

Shaw mentioned that if Tauzin ranks in the championships, he will be the one to present the award to him at the induction ceremony.

Tauzin adds that would be a proud moment for him since he feels close with Coach Shaw.