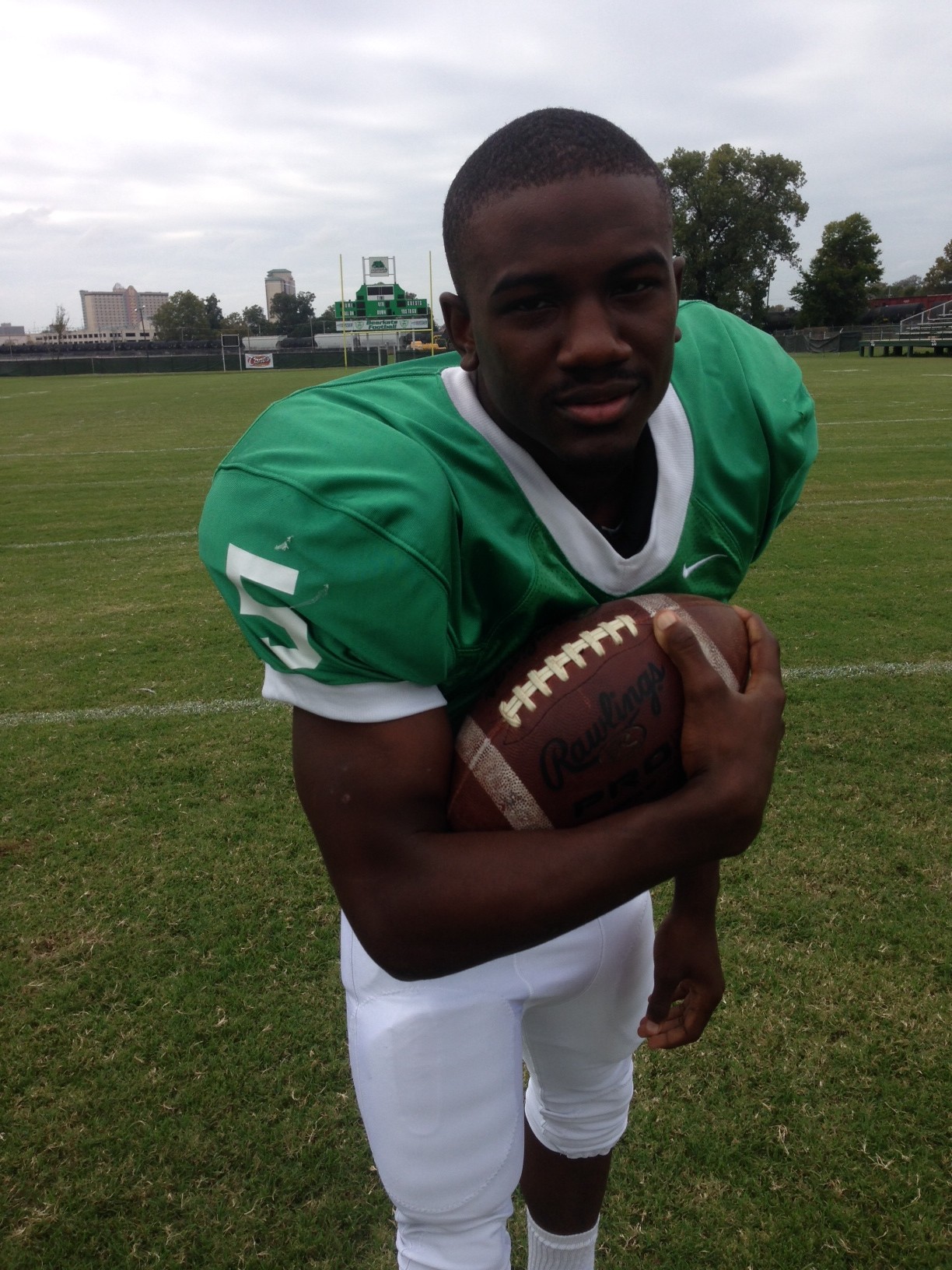 Bossier RB lives in the present

Bossier High running back Chris Williams runs downhill, not looking back over his shoulder at would-be tacklers or a season that got away from his team.

He knows he can’t change the past but was determined to do something about the present, when they faced Green Oaks in their last game of the season.

Williams has been part of two Bossier High district champion teams but that won-loss success hasn’t carried over into his senior year. His Bearkat team may lose to more talented or deeper squads but he is determined they won’t lose for lack of effort.

“You just push as hard as you can,” Williams said. “Just because it’s a losing season you don’t give up. You have to push, even if it’s the last game.”

Williams has been pushing hard all season. So far, he has rushed 98 times for 602 yards and four touchdowns, averaging 6.14 yards per carry to lead the parish in rushing yards.

But as good as he is running the ball, he got his start on the other side of the ball back when he was in the 7th grade.

“My brother was a star player and he threw me into the mix,” Williams said.

Former offensive coordinator Coach Brown, who passed away in January, gave Williams an opportunity to play on offense and he has run with the opportunity.

“He always pushed me,” Williams said. “I hadn’t played much on offense. He saw the potential in me.”

Williams now plays primarily as a running back but also plays as a cornerback on defense, using his speed and athleticism to overcome his small size, 5-6 and 150 lbs.

“I like to shut receivers down and make offenses have a hard time,” Williams said.

But, playing on offense is his first love.

One of his favorite plays earlier this season involved breaking three tackles and scoring a 30-yard touchdown.

What makes Williams stand out as a player, Williams believes, is his playmaking ability.

“When we need a first down or touchdown, I try to go get that,” Williams said.

The adversity of a senior year that hasn’t gone the way he and his teammates wanted hasn’t undermined his determination.

“It’s been pretty fun but it has been pretty tough not winning,” Williams said. “It’s caused me to grow up into a man. “To keep coming out and leading those guys through some hard times has been a pretty neat thing to do.”

He doesn’t know what next year will bring but he wants to go to college and major in business.

But, now that is the least of his concerns.

Like all football Friday nights, you could have found him listening to music and focusing on what he had to do.

“I love the feeling it gives you,” Williams said. “Every Friday night you can just come out and play.”