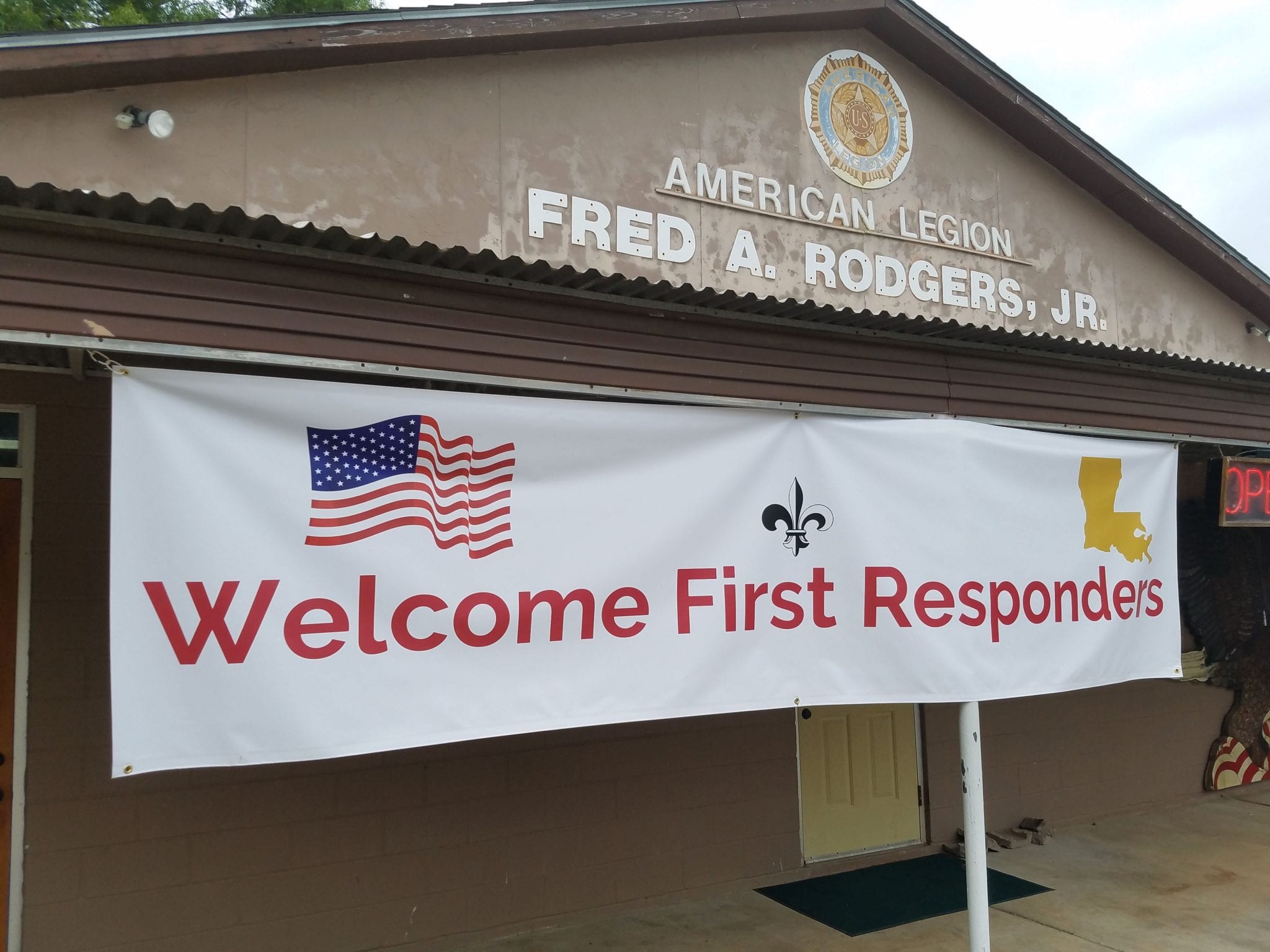 Members of the American Legion Koran Post 388 in south Bossier Parish treated a few dozen area law enforcement officers, firefighters, and emergency medical personnel to a fish fry at their 2nd Annual “First Responders Appreciation Day” Saturday.
Jerry Deaton, who served as a paratrooper with the U.S. Army’s 101st Airborne Division from 1960-1963, organized the event, and he says it’s their way of saying ‘thanks’ to those who serve the community.
“I had your back years ago…and now, you’ve got our back,” said Deaton, who served at the Bay of Pigs and the Cuban Blockade in the early 60’s. “We served this country, now you are serving us,”
Ronald Fogelson, who served 21 years in the U.S. Air Force, says the men and women of the American Legion are about bringing their community together.
“We just really enjoy doing this,” said Fogelson, 3rd Vice Commander of Post 388.  “Our biggest desire out of all this is to help bring our community together, be it civilians, past service members, fire, law enforcement, EMS and just bring everybody together.  This is our community, this is where we live, and we just want everybody to know who each other is and use the American Legion as a focal point to help facilitate that continued strength and growth in our community.”
Law enforcement officers from various agencies, such as the Bossier Sheriff’s Office, Louisiana State Police, Bienville Parish Sheriff’s Office, Haughton Police Department, and South Bossier Fire and firefighters from the area, enjoyed the fish fry.
Bossier Sheriff Julian Whittington says he is truly appreciative.  “I remember when the folks at the American Legion held their gathering right after the big flood we had, and I really appreciated that.  To see these men and women who served their country come together like this once again to show their appreciation for what we do is quite humbling.”
“It means a lot to us,” said Captain Eric Lane, shift captain for South Bossier Fire’s C shift.  “We appreciate them doing that for us, looking after the first responders,  It shows great appreciation, and we can’t thank you enough.”
“You guys are paying honor to area first responders,” said Lt. Bill Davis, Bossier Sheriff’s Office and U.S. Navy veteran of nearly 21 years.    “The irony is that this is Memorial Day weekend,” he spoke to Army veteran and event coordinator, Jerry Deaton.  “This is the day that we pay tribute to those who’ve died in the line of duty, which you probably have friends you know who didn’t make it back, and yet you’re here providing for the community.  That’s a pretty amazing thing.”