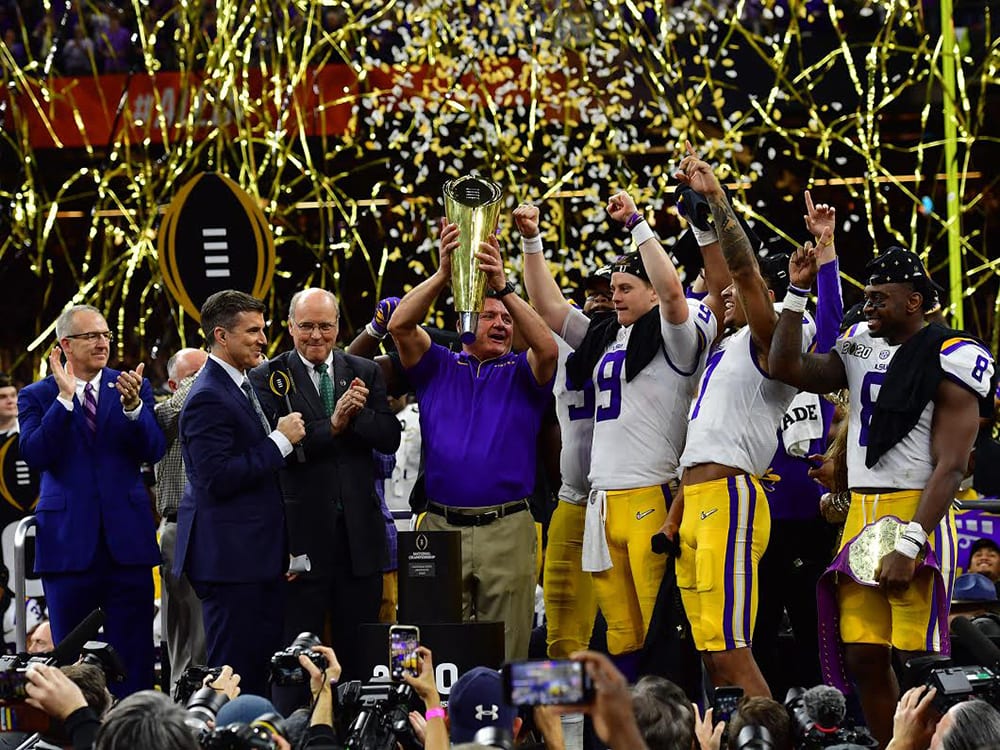 A month has already passed since the end of what many experts called the best college football season in history for our LSU Tigers.

In a way, it seems like a long time ago. Instead of writing a column about LSU’s unbelievable football season immediately after the national championship game, I decided to soak it all in for a few weeks.

LSU went 15-0. An unblemished record. There were so many records set by LSU this past college football season. Numerous dominating victories. A revamped offense, something we thought that we would never see, that was promised for a very long time going back to the Les Miles days finally happened. And, boy did it happen.

I remember listening to LSU games on the radio with my dad when I was a kid. There was no every game is on TV back in those days. I was about 9-years-old when I first remember listening to an LSU vs. Ole Miss game on the radio with my Dad in 1972. The “Ruston Rifle” — Bert Jones — was leading LSU at quarterback. Jones led LSU to a victory that day as a game that has become known through the years as “The Day That Time Stood Still.”

From there, we soon began to make several LSU games in Baton Rouge each year with close family friends who owned a motor home. The motor homes parked near the football practice field back in those days backed up tp the train tracks. I kicked a 30 yard field goal one day on the practice field when I was 12.

As I grew older, I considered myself lucky to be able to make one game per year and a few years passed where I did not even get to do that. However, especially now that practically every game is televised, I can’t not tell you the last time that I missed watching an LSU football game. I have pride in Louisiana and pride in our Tigers, as so many of us do. That is the way that I was raised. And, that is the way it should be no matter where you are from. I graduated from LSU (north) about 220 miles northwest of the main campus in Baton Rouge. But, I am an LSU Tiger.

Now“Coach O” has a new six year contract. New and highly regarded assistant coaches and analysts are joining the team. Recruiting ended with LSU as the No. 4 recruiting class in the nation.

Combining all of these developments with the strong nucleus that remains, even after losing so many outstanding players to graduation and the pros, the future looks very bright.

Will LSU repeat? Of course, the die hard fan in me says, “Yes.” However, that is a very tough thing to do. Let me just say that the chances look good for another very strong run at the championship next season.

The never quit mentality adopted by our LSU football team this past season taught us all some very important lessons. I came away thinking that when the odds are stacked against you, never give up, never quit trying. Go out and take the reins, be aggressive. Adopt a can-do attitude. Never doubt that you can win. Face your opponent head on.

As Coach O says, bring on the opponent, any time and any place because, “We Comin’!” And, as so many of us say, ”Geaux Tigers!”