In case you’ve been out of town, or living under a rock, there was major economic development news for Bossier last week.

With that news came a story told to me by a parish official who noted that Bossier wasn’t even one of the original 134 sites up for selection. It was after a friend of CIC President Craig Spohn told a CSC higher up to talk to Spohn that he convinced CSC to add them to the list. And surprise, Bossier City wins the whole shebang.

I’ve seen more underwhelming underdog stories told in major motion pictures. This is the “Hoosiers” or “Rudy” of economic development. Going from nowhere on the radar, to top of 134 is a big deal.

With 800 jobs moving into Bossier City, in a stale economy nationwide, any economic development is a blessing. And the faith in the mission and vision of what the CIC could do for this area, as well as the local leaders who “get it,” are to credit for this win. 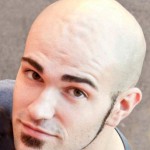 The Cyber Innovation Center has caught a lot of flack since its construction six years ago. Aimed at anchoring the research park, many local political pundits left it for dead, viewing it as a multi-million dollar albatross.

The CIC stayed busy, telling anyone who would listen their mission to create a cyber workforce to begin a new industry in northwest Louisiana. They then rolled out several education initiatives both on a formal level — by forming partnerships with regional universities and colleges, and developing K-12 programs with emphasis on science, engineering, and math — and an informal level with their robotics competitions.

By engaging students early, they are giving them the soft skills necessary to solve problems in any career field they may choose.

It’s this type of work and mission that often gets lost in the shuffle of day to day, bottom line review. It’s easy to look out on Highway 80 and see a strange building and think it’s empty or a waste of space. It’s harder to look at an investment when payoff won’t come for years.

That’s where the parish and state officials came into play. They stayed true to the vision of the CIC when they could have easily called it a failure and withdrawn support.

But as every win came, with Northrop-Grumman, Lockheed-Martin, Boeing, and Venyu all locating at the CIC, Bossier Parish and City officials were on hand to celebrate it as another sign that they were on the right path.

Which brings us to last week’s press conference.

The officials on that stage last Wednesday should get some credit because without their cooperation with the CIC and each other, CSC probably would’ve picked one of the other 133 sites around the country.

It’s a theme we keep hearing repeated in Bossier-Shreveport: the cooperation among government entities is a rarity and second to none. It’s that communication and support of the overall promise of northwest Louisiana that makes other economic entities believers.

That goes without crediting universities and colleges from the region who bought into the mission. Bossier Parish Community College, which falls into the borders of the research park, saw the importance of the CIC’s mission and installed a cyber technology degree to this end.

Having been at the table since the beginning, I would be remiss to not mention Chancellor Dr. Jim Henderson’s faith in CIC and his ability to see the future in tech jobs.

Safe to say with the state investing $14 million in educating the workforce that CSC will need to fill those 800 positions, BPCC (as one of the nation’s top fastest growing community colleges) will have a say in the future of CIC’s vision.

Regardless of how you feel about the leadership of one or all of these entities, it’s easy to see this was a big win for the region. And we should be glad that, nationally, strangers to what we see every day are “getting it.”

Sean Green is editor of the Bossier Press-Tribune. He can be reached at sean@bossierpress.com