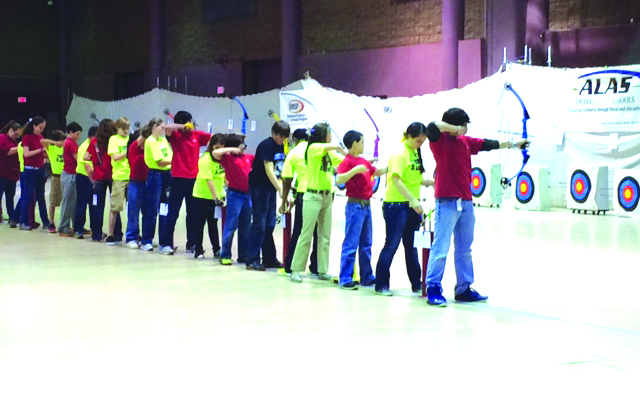 Arrows were flying at the Bossier Civic Center last weekend.

Approximately 220 archers from Bossier Parish and the surrounding area were competing in the Bossier Shootout Saturday, Feb. 22.

It was the second year for the youth archery tournament, sponsored by Benton Elementary, and everything was right on target. Bossier Shootout organizer Perry Norcross, who coaches the Benton Elementary archery team, said there were 70 more students competing this year than last, a nod to how popular the sport has become.

Not only did it give archers the chance to compete for trophies and bragging rights, it also gave them an opportunity to practice before this weekend’s state archery tournament in Alexandria.