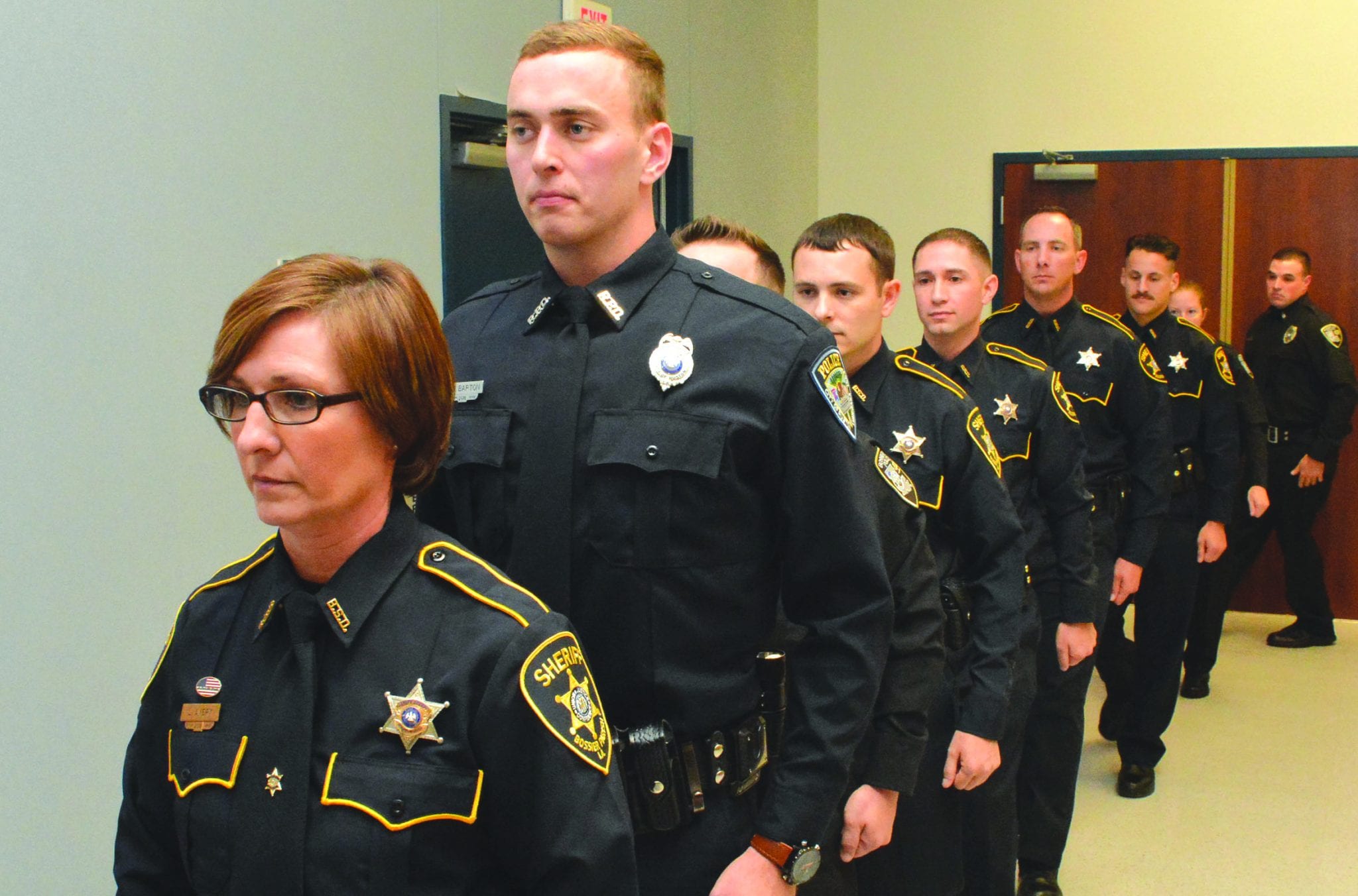 The recruits from Class 019 officially became certified P.O.S.T. (Peace Officer Standards and Training) law enforcement officers and will report to their respective agencies for follow-on training and assignments.

The guest speaker was Louisiana State Representative Dodie Horton, District 9, who encouraged the new deputies and officers in their roles to serve with the utmost of professionalism, care and respect.

Four awards were presented to the recruits.  Officer Benjamin Shaw of the Many Police Department received the Firearms Proficiency Award, while

, and Deputy Cheryl Avery of the Bossier Sheriff’s Office won the Academic Award.

The graduating class of BPSTA Class 019 is:

This class was the first academy class to complete its instruction under the new state mandate of 16-weeks of training. The academy held its first graduation in 2009, and more than 340 recruits have been trained to become POST-certified law enforcement officers over the past seven years at the Bossier Parish academy.  The next academy class will begin in February.