The armed robbery conviction of a Bossier City woman has been upheld by the Secord Circuit Court of Appeal.

The defendant, Tamara Amo, was convicted in the armed robbery of two male victims who stopped at a Circle K store in Bossier City to get gasoline for the vehicle in which they were traveling.

Amo, and her male companion, Noel Wayne Smith, asked them for a ride and during the ride, the defendant pulled a gun on the victims and demanded their cell phones and the vehicle. Additionally, a substantial amount of cash was taken.

While the vehicle was later located and returned to its owner undamaged, neither the cash nor the cell phones were ever recovered. The defendant and Smith were subsequently arrested and charged with two counts of armed robbery and two counts of conspiracy to commit armed robbery. 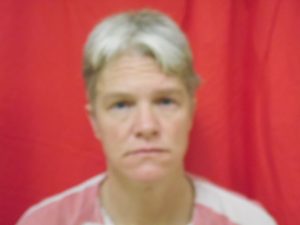 Amo pled guilty to one count of armed robbery, pursuant to a plea agreement, which dismissed three other charges.  She was sentenced by District Judge Jeff Cox to 45 years at hard labor without benefit of parole, probation, or suspension of sentence. She appealed her sentence as being excessive.

The 26th Judicial Court for Bossier-Webster ordered a pre-sentence investigation (PSI) report. The PSI report showed, and the defendant admitted, that she is an eighth-felony offender, and her many offenses included convictions for theft, forgery, residential burglary, and drugs (notably, heroin possession); and numerous misdemeanor arrests which included prostitution and disorderly conduct.

Court records show that between 1986 and 1998, Amo averaged at least one felony arrest resulting in a conviction every two years. In 2003, she received a sentence of 153 months in prison for possession with intent.

Amo, 47 years old, complained that the 45-year sentence imposed on her amounted to a life sentence. While conceding her “significant prior criminal history,” she maintains that the instant offense is her first crime against a person. Additionally, she asserts that no shots were fired and that the factual basis for the guilty plea included no allegation of harm to the complainant.

The Second Circuit Court of appeal ruled that a trial court has wide discretion to sentence within the statutory limits. Absent a showing of manifest abuse of that discretion, a sentence will not be set aside as excessive.

The Second Circuit Court of Appeal concluded that considering her extensive criminal history, the benefit she received in the plea agreement which dismissed three other felonies, this midrange sentence for a career criminal such as the defendant, does not shock the sense of justice.

Armed robbery is punishable by imprisonment at hard labor for not less than 10 years and for not more than 99 years, without benefit of parole, probation, or suspension of sentence. La. R. S. 14:64(B).