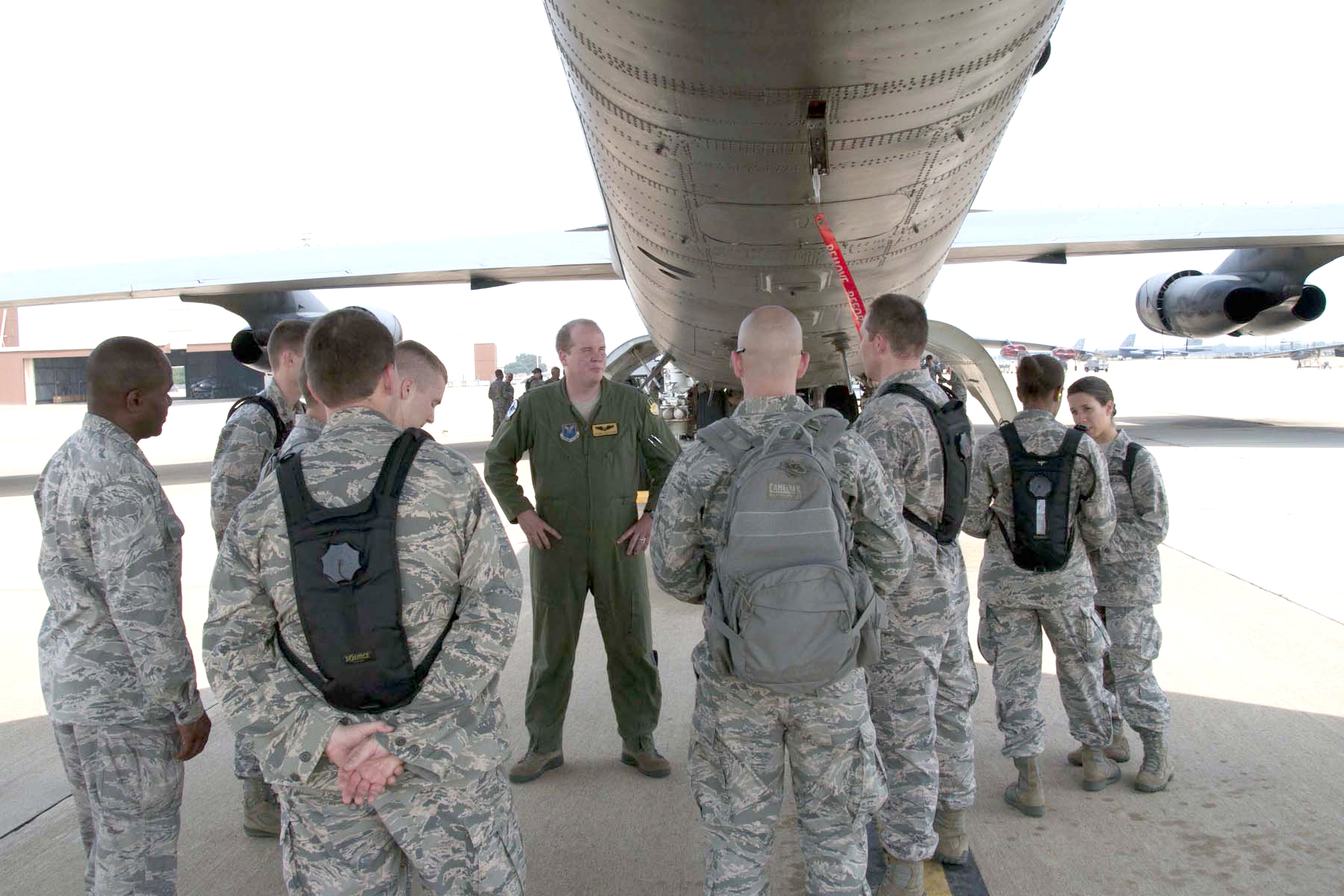 BARKSDALE AIR FORCE BASE —a More than 20 second lieutenants visited Barksdale as part of one of their internships for the Air Force Chaplain Candidate program, Aug. 6.

The chaplain candidate program is used to evaluate seminary students’ compatibility and potential for commissioning as an Air Force Chaplain.

“As part of the program, the candidates must have two supervised internships,” said Chaplain (Maj.) Pierre Allegre, wing chaplain at the 446th Airlift Wing, McChord Air Force Base, Wash., and candidate mentor. “This particular tour exposes them to the Air Force’s different missions and bases as well as the joint operations and environment. This is a unique opportunity to get a broad perspective of the Air Force and the chaplain roles in the different missions, and how they can better serve Airmen.”

During their four-day stay here, the 27 candidates visited numerous agencies on base including the 2nd Civil Engineer Squadron fire departments and Explosive Ordnance Disposal flight, 2nd Security Forces Squadron members and Airmen and aircrew from the 307th Bomb Wing.

“Getting to know the Airmen and what they go through day-to-day was great,” said 2nd Lt. Derrick Elliott, a chaplain candidate. “I like the concept of ministry and helping people through a time of crisis or even through the good times, sharing happy moments. I want to be the beacon, that person they can come to when they have problems in their life.”

According to the Air Force Reserve Command website, the focus of the program is on experiencing ministry in the Air Force during summer tours of duty.

“While visiting here, we were able to experience how the chapel runs its programs, how the worship service is and took part in the devotionals,” said 2nd Lt. Alexis Waggoner, a chaplain candidate. “It was great to see how it all actually works; to see what our reserve duty would be and the type of people we’d be talking to.”

All chaplain candidates must meet the normal Air Force medical and fitness standards as well as obtain a security clearance. They must also have a baccalaureate degree, be enrolled full-time in seminary and be endorsed by their faith group, among other requirements.

“While in this program, they aren’t officially chaplains, so they cannot provide privilege communication and counseling, but they love to be engaged and ministering to Airmen and thrive off it,” said Allegre.

Through the process, the candidates not only grow from their seminary and internships, but through pastoral experience in their local communities, said Allegre.

The candidates agree that spiritual fitness is an important part of meeting mission goals.

“No matter what faith, or non-faith, keeping the aspect of something other than your job or family, though they’re a great support system, to draw on in a different way than a human relationship, builds the well of spiritual fitness,” said Waggoner.

From here, each of the chaplain candidates must not only complete their seminary, but also a final internship where they will be imbedded individually at an Air Force base to work with Airmen through the base’s chapel.

“It’s encouraged for us to interact with the Airmen as much as possible,” said Waggoner. “Building relationships is what helps us be there during a crisis or an issue. After face-to-face interactions and being a prominent presence, it’s a natural progression for the Airmen to talk to us, it’s not forced; that’s the best part of our job, to be there when we’re needed the most.”