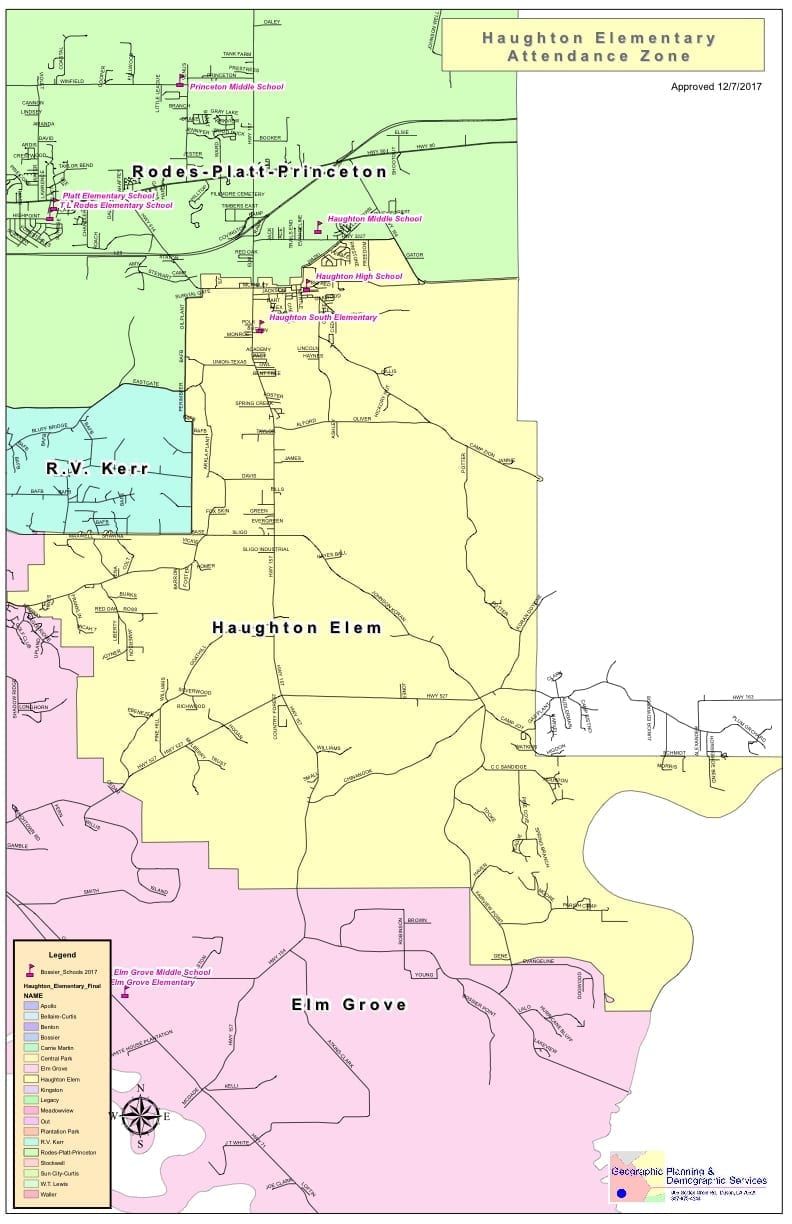 The Bossier Parish School Board has approved an attendance zone for the new Haughton K-5 elementary school.

The former middle school campus on South Elm Street is being converted into an elementary school, which is projected to open for the 2018-2019 school year.

The dividing line between the existing three schools on Highway 80 and the new school will be McKinley Avenue, according to a preliminary map provided by Bossier Schools. The line goes through the main part of downtown Haughton and picks up the Cornerstone subdivision on Highway 3227.

However, the new attendance zone does not include any other homes along the Highway 3227 corridor, where the new middle school is located.

The attendance zone line will extend south down to the middle/high school line in Elm Grove.

“The attendance zone lines in that south end are the same now,” Keith Norwood, Supervisor of Planning and Construction for Bossier Schools, said. “They used to be like that before we created Elm Grove Elementary. One of the reasons we did that is because there’s some pretty dramatic growth projected in the Elm Grove area  and south Bossier.”

Each of the four Haughton elementary schools will operate at about 75 percent capacity.

“There will be room for growth at all of the schools,” Norwood said. “That’s exactly what we were trying to achieve. We wanted balance. They didn’t want to take too many kids from one school to fill up another school. That will prevent us from having to go back in a few years and adjust the lines again.”

The plan is to open the new K-5 elementary school, which has not been officially named, with about 500 students, taking enough students from the existing schools to ease their growing pains, but still have enough room for future growth. It will have the ability to hold 750-830 students.

“We’ll be looking at our 10 year enrollment projections to make sure we don’t overpopulate that school,” Norwood said. “It will also provide relief as the existing three schools reach capacity.”

A final map for each elementary school zone in Haughton will be brought back to the board for final approval once they are drawn.

“The map that we have is basically based on a road map,” Norwood explained. “We are going to align it with our aerial photographs to make sure it’s as accurate as possible.”