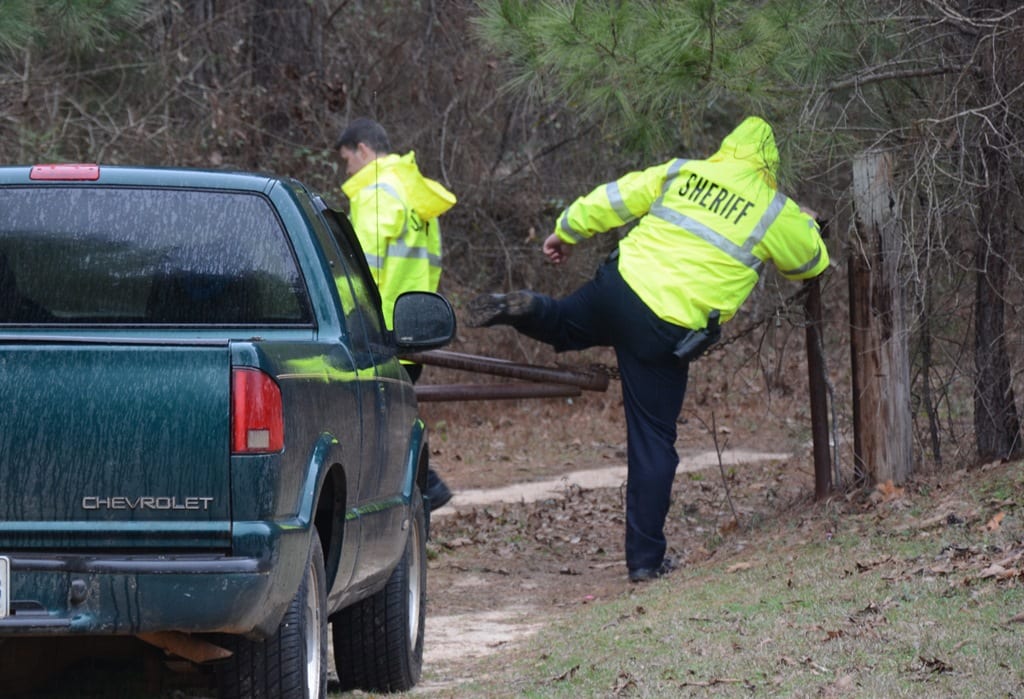 UPDATE: The missing woman from Benton was found around 1 p.m. (just after the initial news release was sent) today in the woods in the vicinity where her truck was found.  She is now being treated by medics. The original release is below.

Bossier Sheriff’s Office detectives are asking the public’s help in locating a Benton woman who was reported missing over the weekend.

Amy Humphries, 39, was reported missing by her family to the Bossier Sheriff’s Office around 5:45 p.m. Sunday, and deputies and detectives began their investigation.  Family members said they last saw her at her residence at the 100 block of Highway 160 around 11 a.m. Saturday, just northwest of the town of Benton.

Bossier detectives received a tip from eyewitnesses Tuesday morning after they heard about the missing woman.  They told detectives they were out at Collingsburg Cemetery on Clark Cemetery Road off of Old Plain Dealing Road around 12:30 p.m. Saturday when they saw a small pickup truck drive to the end of the road.  They said a female got out of the truck and walked into the woods.

That tip led detectives to the scene where they have been aggressively searching the area and conducting a thorough investigation as they established an incident command.

The truck, a green Chevrolet S-10 pickup, was confirmed to belong to Humphries.

A Bossier Sheriff’s Office K-9 bloodhound unit and detectives on ATVs are searching the area, and deployment of the drone (as weather permits) is being made to provide aerial surveillance.

Other personnel assisting in the search and at the scene are the Plain Dealing Police Department, Bossier City Fire Department, Northeast First District #5 and Northwest Fire District #7.