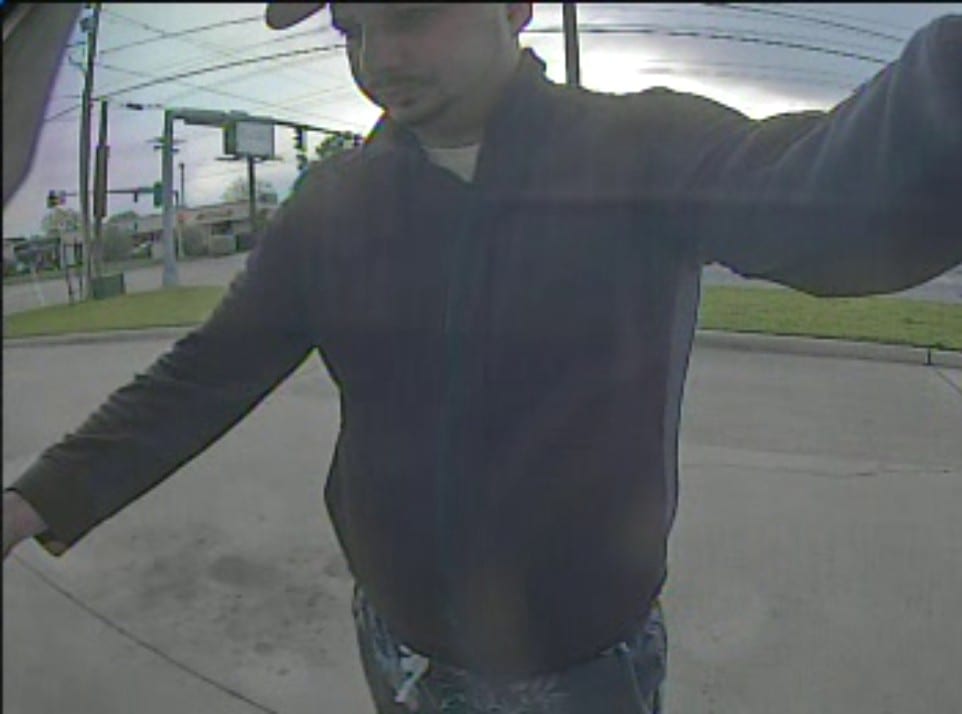 Bossier City police and the FBI are asking the public for help with identify a man caught on security camera footage placing a bank card skimmer on an ATM in an effort to steal financial information from customers.

The suspect is seen putting the device on an ATM outside the Citizen’s National Bank in the 2000 block of Benton Road on the morning of Sunday, April 17, 2016. Bank personnel discovered the device that afternoon during a daily routine inspection and notified Bossier City police who have since turned over the investigation to the FBI.

Two small mirrors, one of which concealed a pin-hole camera, were also recovered from the front of the ATM. It’s believed the suspect was attempting to use the camera to record the personal identification numbers of customers as they entered them on the machine’s keypad.

The FBI is also investigating similar cases in Minden, Louisiana of which the same suspect may be involved. Authorities do not believe anyone who used the ATM at the Bossier City location had their information compromised since the skimmer was recovered by police before the suspect could get his hands on it.

Thieves use skimmers to secretly record a customer’s credit or debit card information and then that data to use to make unauthorized purchases leaving the victims at a financial loss.

The suspect appears to be a white male with a goatee and chin strap beard. He was wearing a dark colored baseball cap, a dark colored jacket or sweatshirt with a zippered front, multi-colored shorts and dark colored tennis shoes.