You can read the original release below: 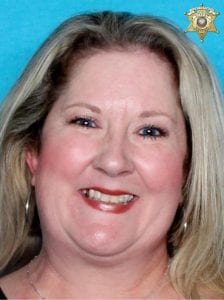 ellee Ann Churchwell, 49, of the 2000 block of Normand Ave., is a former employee at Carter Federal Credit Union on Benton Road in Bossier City.  While employed at the credit union, she logged onto her personal credit card account provided by the banking facility and increased her credit limit on three different occasions from August 2016 to January 2017, all without approval.  After she increased her credit limit from $500 to $3,400, she then misappropriated funds of nearly $2,900 from the credit card account, money to which she was never entitled.